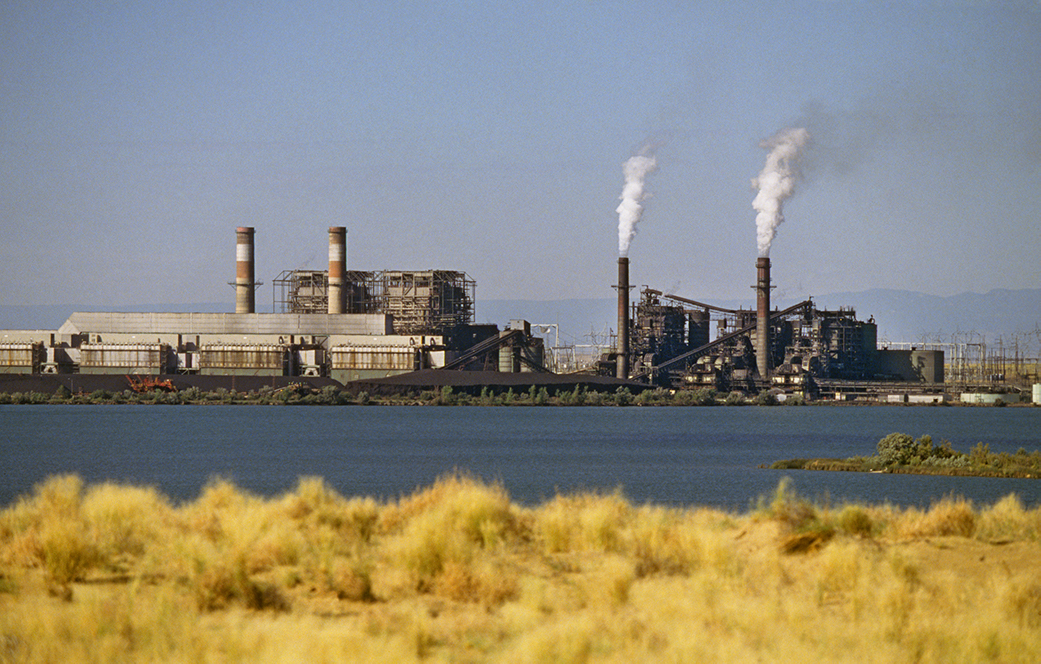 New Mexico Attorney General Hector Balderas may have violated state fraud and anti-corruption laws by hiring the firm of an old law school friend to work on several lucrative cases for the state, according to a complaint filed with the state auditor in mid-July.

The five environmental and civic groups behind the complaint are asking State Auditor Brian Colón to investigate the potential violations as well as alleged “overbilling and duplicative billing” by a firm where Balderas’ longtime friend Marcus Rael is a partner. The attorney general is required to sign off on hires and billing.

The organizations allege in the complaint that the firm’s work in the contested multibillion-dollar merger case influenced the attorney general to approve the deal despite Balderas’ office’s own expert witnesses’ testimony arguing that it wasn’t in the public interest. The attorney general has rejected the allegations against him.

Some critics have also fought the merger on environmental grounds because it will allow the aging Four Corners Power Plant, built in the northwestern part of the state in the 1960s, to continue operating — and producing electricity from coal, which is one of the most polluting sources.

While the complaint was filed with the state auditor’s office, its authors note that Colón himself might have conflicts of interest if he were to investigate: He previously worked as an attorney at Rael’s firm for 12 years. Colón also attended the University of New Mexico Law School with Rael and Balderas from 1998 to 2001.

The attorney general denied the allegations in a statement through his office in mid-July, calling the complaint “baseless,” and said it contains “half truths and purposeful omissions,” without detailing them.

The groups that filed the complaints note that the trio’s professional relationships “may require the hiring of an independent auditor.”

The attorney general denied the allegations in a statement through his office in mid-July, calling the complaint “baseless,” and said it contains “half truths and purposeful omissions,” without detailing them.

The state auditor’s spokesperson recently said the office “has opened an examination” but that the office cannot comment further due to the ongoing review.

The spokesperson said the office “always contemplates any and all potential conflicts of interest and proceeds accordingly and consistently with professional standards” but refused to say whether Colón or an outside auditor would investigate the complaint.

Balderas does not seem to have been entirely frank about his involvement with Rael’s firm. In 2018, he told the Santa Fe Reporter that the first time he ever hired the firm was to represent the state in the landmark Texas v. New Mexico, a water law case argued before the Supreme Court.

“In over 10 years of public service,” Balderas told the Reporter, “I’d never retained them [before then].”

But Rael’s firm had indeed worked on a large number of cases for Balderas’ office going back to 2015 when he was first elected, according to public records included in the complaint. The law firm has signed at least 14 contracts with the attorney general’s office since then — more than any other private lawyer or firm, the complaint alleges.

It’s common for attorneys general to hire outside counsel to work on cases in which the state either has insufficient expertise or resources. But environmental and civil rights attorney Mariel Nanasi describes Rael’s hiring in the Texas v. New Mexico case as a situation where the attorney general ran afoul of his own protocols for hiring a private firm. Those protocols require that the outside counsel have proven expertise in relevant subject matter.

“Marcus Rael doesn’t have water law experience that we know of [and] had never appeared before the Supreme Court, which is also kind of unusual,” said Nanasi, who co-authored the complaint to the state auditor on behalf of the climate advocacy group New Energy Economy.

Rael suggested that Nanasi is mistaken, and that he has extensive experience handling a wide range of cases on behalf of the state.

The complaint also alleges multiple instances of questionable billing by Rael’s firm. For example, Balderas hired the firm to represent the state in its lawsuit against Volkswagen during the company’s emissions scandal.

Rael’s firm wrote in a court filing that it accepted the case with the understanding that “doing so would likely preclude them from accepting other matters.”

Criticism of the attorney general’s hiring of Rael dates back at least three years, when one of Balderas’ challengers told the Santa Fe New Mexican that Rael had no water-law experience and that “Hector wanted to do a favor for that law firm.”

New Mexico won a settlement in 2019 for more than $13 million and Rael’s firm received over $4 million for its role in litigating the case.

However, the firm — and Rael, individually — were working on other cases at the same time, including Texas v. New Mexico on behalf of the state. During the Volkswagen case, the complaint shows, Rael regularly billed over 100 hours per three month-period in the Texas v. New Mexico case, and four times more during one quarter of the year.

As detailed in the complaint, Nanasi suggests that this may be inaccurate or fraudulent. “When you look at the actual invoices,” she said, it doesn’t seem plausible that a lawyer would spend that much time on one case while also working on other active cases. While hardly unprecedented, she added that it is notable that Rael continued to bill on the case even after stepping down as its lead counsel.

Criticism of the attorney general’s hiring of Rael dates back at least three years, when one of Balderas’ challengers in the attorney general race told the Santa Fe New Mexican that Rael had no water-law experience and that “Hector wanted to do a favor for that law firm.”

In an emailed statement to Capital & Main, Rael defended his role in Texas v. New Mexico, adding that Nanasi’s arguments were based on conjecture and not fact.

“For example, Ms. Nanasi alleges in the complaint that I billed 409 hours in the 4th quarter of 2017,” he said. “What she doesn’t tell you is that I was preparing for one of the most important arguments in the state’s history before the United States Supreme Court on January 8, 2018. My hours were reasonable considering the importance of the case and the Supreme Court argument, and I stand by them.”

If approved by the state Public Regulation Commission in a vote expected next month, the state’s largest electric utility, PNM, would be acquired by Avangrid, the U.S. subsidiary of Spanish energy giant Iberdrola.

PNM and Avangrid announced their intent to merge last October. In addition to touting benefits for PNM shareholders, the companies promised that the merger would bolster green power in the state.

“Our combined companies provide greater opportunities to invest in the infrastructure and new technologies that will help us navigate our transition to clean energy while maintaining our commitments to our local teams and communities,” PNM president and CEO Pat Vincent-Collawn said in a statement at the time.

While Iberdrola has garnered praise for its environmental efforts and has undertaken robust climate action for an energy company of its size, it continues to build new gas-fired power plants, which account for over 15% of its production.

But there were almost immediate questions about how the merger would benefit the environment given uncertainty about how the new merged company would transition away from fossil fuels and how it would clean up two coal plants in New Mexico.

Plus, Iberdrola has a history of greenwashing — giving the appearance of being environmentally responsible without being so, according to critics. While Iberdrola has garnered praise for its environmental efforts and has undertaken robust climate action for an energy company of its size, it continues to build new gas-fired power plants, which account for over 15% of its production. Iberdrola has also been accused of myriad abuses in Latin America, including violating Indigenous rights.

And while an Avangrid-PNM merger would require the company to abandon its stake in the coal-fired Four Corners Power Plant, it wouldn’t stop the fossil-fuel burning. Instead, PNM’s stake in the plant would be transferred to the Navajo Transitional Energy Company, all but guaranteeing that this dirty power plant would, under NTEC’s control, keep running for years.

As the merger moved through the regulatory process this spring, consumer and environmental advocates demanded more public benefits than were in the original proposal, including a larger rate credit for customers. In mergers like this, regulators are legally obligated to consider whether the deal is in the best interest of the public.

But, Scott Hempling, a recently appointed federal judge who served as an expert witness for New Mexico’s attorney general, testified that “this transaction has no public interest purpose.”

In late April, Balderas, acting on behalf of the state, came to a stipulation agreement with PNM, Avangrid and several other parties in the merger. The agreement appears to run counter to the testimony of the attorney general’s own expert witnesses, including Hempling, and left consumers with fewer financial benefits than advocates had sought, not to mention the threat of higher rates than before.

During the merger proceedings, Avangrid’s parent company, Iberdrola, hired a lawyer to oversee the negotiations. Who was their new counsel? Marcus Rael.

It was only after Rael came on board — at $400 an hour — that Balderas approved the merger stipulation.

Nanasi argues that Iberdrola hired Rael in the settlement negotiations for his “extralegal ability” — his special connection to the attorney general.

She and her co-authors on July 21 filed an update to their initial complaint, alleging conflicts of interest by Rael. They say Rael may also have violated state bar association rules for representing New Mexico in multiple cases while he simultaneously worked for Iberdrola as the company tried to convince Balderas to approve their merger.

Nanasi argues that by hiring Rael, the energy company got what they wanted from the attorney general. “They got him to sign on to the merger.”

The state auditor hasn’t yet publicly commented on the complaint. The merger proceedings are scheduled to conclude next month when, after a series of hearings, the New Mexico Public Regulation Commissioners are expected to vote on the deal.