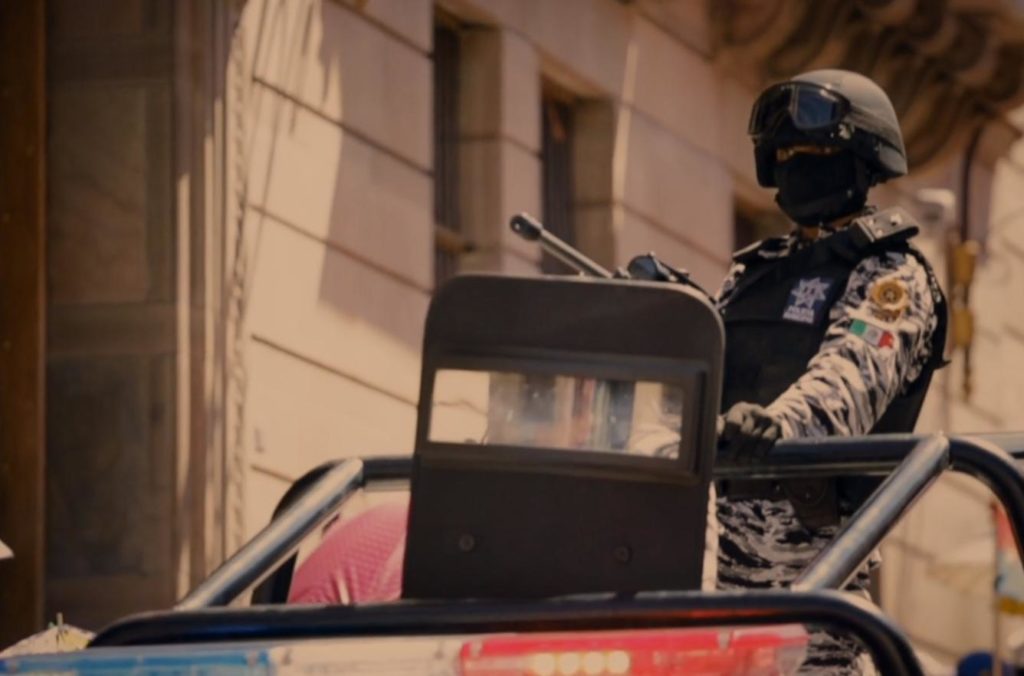 Each episode of Netflix’s new documentary series, Dirty Money, depicts an instance where money is valued over everything else. As a whole the series makes it impossible not to feel that modern society is being held hostage by a sinister group of greedy robber barons who pilfer from the poor to line their gilded pockets. If the love of money is the root of all evil, these are the gardeners who nurture their sins with overwhelming avarice.

Everything from the air we breathe to the pills we pop, to even the syrup we put on our pancakes (more on that later), is fair game in the quest for riches. The series starts with an episode that drives home this theme firsthand for executive producer Alex Gibney.

Arguably the most accomplished documentarian working today, Gibney (who directs this first episode as well) reveals that his wife’s purchase of a Volkswagen diesel was fueled by the promise propagated by the company that owning that car helped the environment. But a band of consumer activists discovered that the promise of cleaner air had taken a backseat to profit. Volkswagen had secretly installed a kill switch to cut off the environmental controls in each car once it is put in drive, the activists found, making it a vehicle for delivering poisonous fumes the moment the wheels start turning.

Throughout the series, Gibney et al focus on one particularly egregious entity to represent how that particular industry picks profit over people — describing Volkswagen, for instance, as ironically and knowingly “gassing the masses.” In “Payday,” the focus is on one particularly predatory lender who charges unsuspecting and struggling working people ridiculous markups buried in fine print. “Cartel Bank” reveals that HSBC bank knowingly laundered money for the drug cartels, indirectly leading to hundreds of thousands of deaths south of the border. The best of the bunch is “Drug Short,” a shocking tale of how Wall Street short sellers exposed a cowardly drug company, Valeant, systematically raising drug prices with no regard for the ailing who used their products. Director Erin Lee Carr imbues the episode with the human cost of greed, and it makes one realize that Big Pharma and its abuses alone could be the subject of its own series. The only outlier is “The Maple Syrup Heist,” a badly directed tale (lots of close-ups of highlighted words in documents!)  about Quebec’s maple syrup monopoly, and emerges as sort of a cross between Fargo and Frontline, but not as good as either.

Many of those exposed in Dirty Money take the “everyone else does it” defense. While that may be true, it doesn’t make their actions any less despicable. The dirty misdeeds chronicled here underscore just how insidious and pervasive the grab for cash all around us is. Which makes the final episode, titled “Confidence Man,” so fitting. Ably directed by Fisher Stevens, it exposes one of the greediest, most dishonest and most corrupt figures in modern business. In great detail, it shows how a spoiled rich kid lied and cheated his way into the public consciousness and then parlayed that into fame and celebrity. But unlike in the other episodes, the crook in question does not get his due. In fact, the opposite happens, as we see Donald Trump ascend to the highest office in the land. The story of Don the Con serves as a sober and ominous denouement to the series, highlighting how we are now living in a world where the currency of our existence is cash over care, profit over people, money over everything. Dirty Money is a rare feat, a series that is, for the most part, profoundly riveting, reflective and relevant.