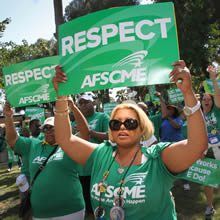 The wealthiest Americans have a long-held delusion, passed along through their media outlets to the rest of us, that they pick up the bill for most of our country’s needs, and that middle-class public workers and unions benefit from their generosity. But facts, not emotions, are needed to provide the truth. And there are plenty of eye-opening facts that refute the far-right claims.

The public vs. private “who gets higher pay?” battle has convincing arguments on both sides. Yet a careful analysis of Census Department data confirms that government employees earn less than 1% more than private sector employees. Recent (2009) compensation figures reveal that:

The federal pay advantage is largely due to higher education levels and more advanced professional skills. The Economic Policy Institute, Bureau of Economic Analysis and Congressional Budget Office all acknowledge this. Forty-four percent of federal jobs are professional positions (lawyers, economists, engineers), compared with 32% in the private sector. Close to 50% of full-time federal and state and local government employees have college degrees, compared to 35% for private employees.

Fact #2: Union members make up about 12% of the workforce, but their total pay amounts to just 9.5% of adjusted gross income as reported to the IRS.

Fact #3: CEOs and financial employees, with 11.3% of adjusted gross income, made more than ALL 15 million unionized workers in the United States, and twice as much as ALL 7.4 million federal and state government workers.

This fact highlights the extreme income inequality in the nation and within the private sector. As noted above, the AVERAGE private sector worker makes about the same salary as a state or local government worker. But the MEDIAN U.S. worker salary is almost $14,000 less, at $26,363. While corporate executives and financial workers (about one-half of 1% of the workforce) make multi-million dollar salaries, millions of private company workers toil as food servers, clerks, medical workers and domestic help at below-average pay. In government, on the other hand, a lower turnover rate and a higher incidence of union membership contribute to wage stability.

Fact #4: The total annual pension contribution of the 50 states is about the same as the total state taxes avoided by corporations.

According to the Pew Center, the latest available annual pension contribution by the 50 states amounted to just under $60 billion.

According to a Citizens for Tax Justice report on the state tax avoidance of 265 large companies, only 3% of the required 6.2% was paid. At that rate, the nonpayment on $1.8 trillion in 2010 corporate profits would amount to just under $60 billion.

Federal tax avoidance is much worse. While corporate profits have doubled to $1.8 trillion in less than 10 years, the corporate income tax rate, which for 30 years hovered around the 20-25% level, suddenly dropped to 10% after the recession. It has remained there for three years. That’s a $270 billion nonpayment. Makes the pension payment look puny.

Public sector and union workers make modest salaries with hard-earned benefits. Rather than trying to reduce public sector pay, industry leaders should be addressing wage inequality in the private sector by bringing employee compensation closer to the level warranted by 30 years of productivity growth.

(Paul Buchheit is a member of US Uncut Chicago, and founder and developer of such social justice and educational websites as UsAgainstGreed.org and PayUpNow.org. His post first appeared on Nation of Change.)

Related Topics:government workers
Up Next