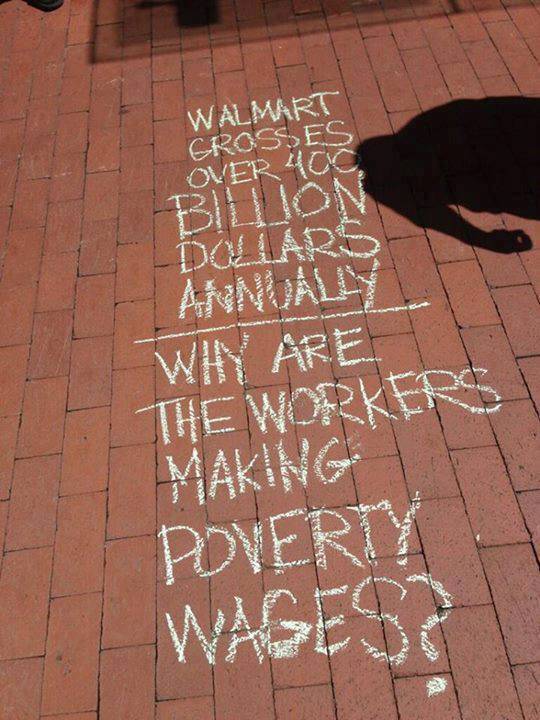 I am the pastor at Fairview Community Church in Costa Mesa, California. A few months ago, on June 25, 2013, along with six fellow pastors from around the nation, I visited the Lakewood Walmart with the hope of discussing the retaliations that have taken place nationwide following a worker strike and demonstration in Bentonville, Arkansas. We came to beseech you to reinstate Jovani Gomez, an associate of the Lakewood Walmart who we believe was fired unjustly following his participation in that action.

We were unable to discuss Mr. Gomez’s case, or any of the firings or retaliations. We were hardly able to discuss anything at all. Instead, we were met inside the store just a few feet from the entrance by one of the store’s managers, who made it clear that we were not welcome inside Walmart (he actually stated as much). Incredibly, this manager then called the police on seven peaceful pastors who simply wished to discuss Walmart’s recent actions toward their employees.

We left with the impression that Walmart did not care about its community or its employees, and with no assurance that Mr. Gomez was a valued employee at his place of work. We learned of the ironically named “Open Door Policy,” which clearly is anything but open. There seems to be no intention of allowing for open communication between employees and Walmart’s management, nor does there appear to be any effort to communicate with the community, even when we make an effort to initiate a conversation. Intimidation is clearly your greatest weapon – it was used on us when the police were called and I have no doubt it is regularly used on your employees.

Your refusal to address these issues, your lack of desire to welcome in community members – and worse, your tactic of threatening religious leaders – as well as the multiple worker reports of intimidation and retaliation simply demonstrate once again that Walmart doesn’t value its customers, its community, or its employees. You have no real interest in working with us to better our neighborhoods, or to uplift the workers in your store. You don’t even seem to care about public opinion. Instead, your actions, your lack of hospitality and your utter refusal to communicate around these issues speaks for itself.

I will continue to pray, but I will do more than pray with my heart – I will pray with my actions. My six colleagues and I have congregations and denominations that encompass thousands of people throughout the United States. We will be standing with workers and organizers when they hold their national day of action on Sept. 5, and we want you to know that we will not be intimidated by you – and you can’t fire us!

We demand that you reinstate Mr. Gomez here in Lakewood and nationwide, stop the intimidation and retaliation, and repair the broken relationship you’ve made with the community and faith leaders. And for God’s sake, commit to a workplace of justice, integrity, respect and fair pay.