During Donald Trump’s first three years in office, there was a 2.3 million increase in the number of uninsured Americans, according to a Capital & Main analysis of U.S. Census Bureau data released today.

These include hundreds of thousands of people in such battleground states as Florida, Arizona, Georgia, North Carolina and Ohio, as well as in Michigan and Minnesota. The number of uninsured grew by nearly 1.6 million people in 13 states identified as swing states by The Cook Political Report.

During his 2016 campaign, Trump promised to repeal and replace Obamacare and, once elected, he vowed that everyone would have health insurance.

Health care was a major issue in the 2018 midterm elections and could remain a salient one in an election that is only seven weeks away. The COVID-19 pandemic has led to massive job losses in a country where 55 percent of health care coverage is tied to employment. One study estimated that 5.4 million American workers lost their health insurance between February and May of 2020. 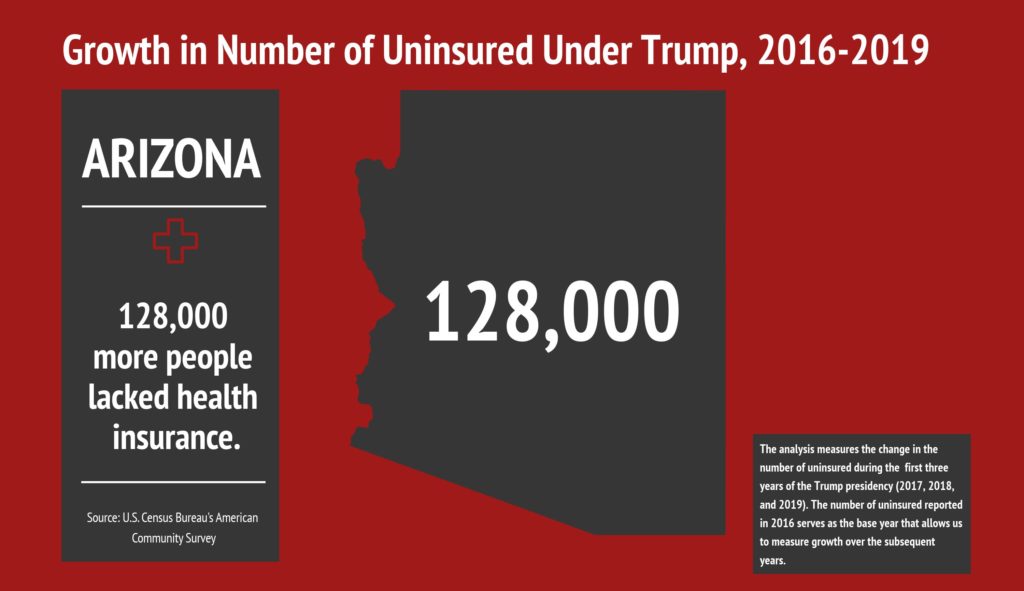 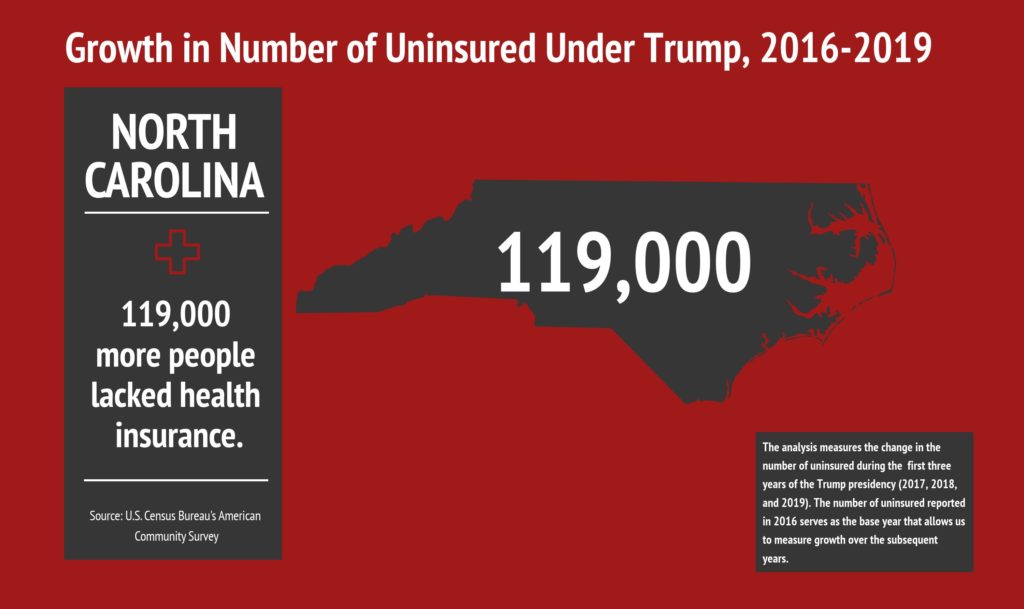 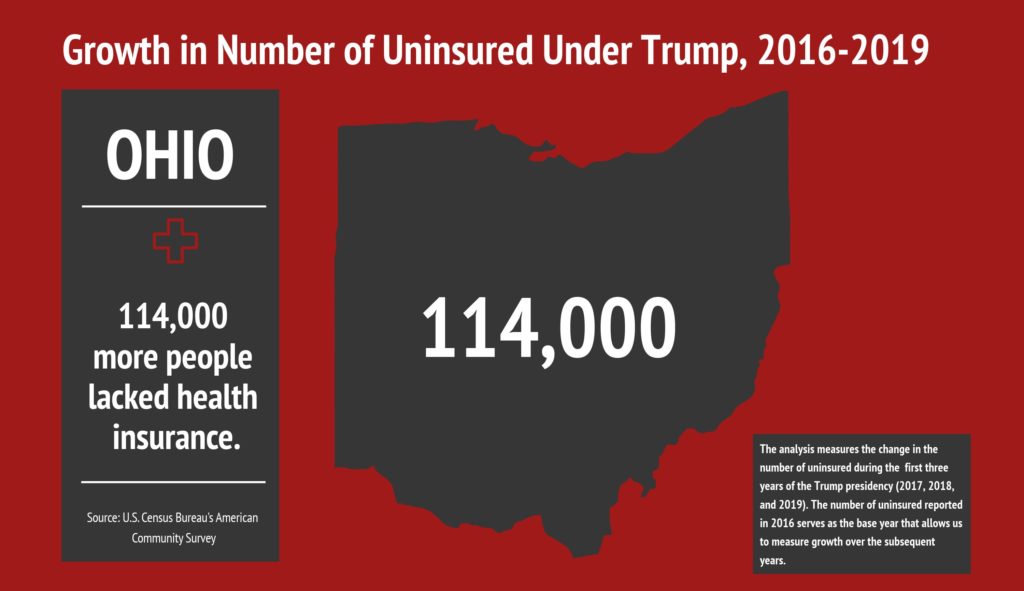 Today’s data release makes clear that U.S. residents were already hemorrhaging health insurance even before COVID. By far, the largest growth in the number of uninsured was in Texas, where the count swelled by 689,000 between 2016 and 2019.

The growth in the number of uninsured people came despite the fact that employment grew between 2016 and 2019. The increases since 2017 in the percentage of people lacking health insurance follow six straight years of decline that began in 2010 with the implementation of the Affordable Care Act (ACA) under President Barack Obama. The percentage of the country’s population who lack health insurance jumped from 8.6 percent in 2016 to 9.2 percent in 2019, according to the annual American Community Survey, which was conducted during 2019.

Health care experts attribute the loss in health coverage to the Trump administration’s attack on Obamacare, including the repeal of the individual mandate that people have health coverage or pay a penalty. In addition, the administration’s “public charge” rule that allows the government to deny green cards and visas to immigrants that have received public assistance, such as Medicaid, has likely prevented immigrants from gaining access to health insurance. Another barrier to access has been the administration’s cuts to outreach to people wishing to enroll in the ACA marketplace.

The 35 states that have expanded Medicaid—a federally and state-funded insurance program for low-income families—have made the greatest progress in increasing health coverage, and are better situated to weather the COVID pandemic, according to the Center for Budget and Policy Priorities.