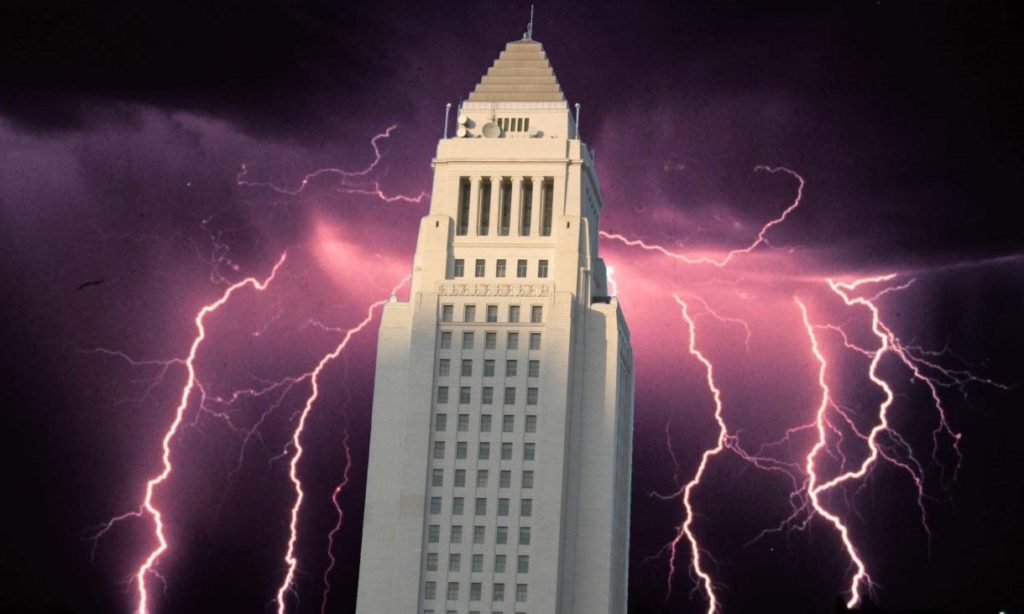 The more Miguel Santana forecasts financial apocalypse for Los Angeles, the more the city’s Administrative Officer reminds us of the late Harold Camping, the fundamentalist minister who a few years back predicted the end of the world – erroneously, it turned out, much to the chagrin of disciples who had quit jobs and given away wealth and possessions as they awaited the Rapture.

In a new report issued yesterday by his office, Santana warned L.A.’s leaders against the “temptation” to expand city services, much less think of adding any new ones. And pay raises for city workers? Forget about those. Indeed, Santana recommends cutting entry-level salaries for city workers and raising the health care costs of municipal employees. The reasoning behind Santana’s report is that despite the economic recovery, Los Angeles isn’t out of the woods yet and should only party like it’s 2009 – Year Zero of the Great Recession.

As Capital & Main’s Gary Cohn reported last June, Santana has a dubious history of prophesying economic doom for Los Angeles. In 2009, shortly after taking office, Santana had warned the City Council that L.A. could face a $1 billion deficit as early as 2013. This proved exaggerated – it’s currently estimated to be $242 million. But such predictions made good sound bites – and served as useful weapons when the previous mayor’s office wanted to beat contract concessions from its municipal workers’ unions.

The city and county of Los Angeles have long been protected habitats for political and administrative incumbents, whose default survival mode is to repeat the same opinions, louder and longer, no matter how discredited by events or economic developments. Santana was reappointed as City Administrative Officer by Mayor Eric Garcetti last year, but his job was never in question – it was there if he wanted it, and want it he did. Santana’s economic fundamentalism continues to win him admirers, even as there is no sign on the ground of the pieces of sky he had once predicted would fall on us. Then again, the Reverend Camping had made more than one doomsday forecast and he was taken quite seriously by his followers the last time around.

Related Topics:Miguel Santana
Up Next