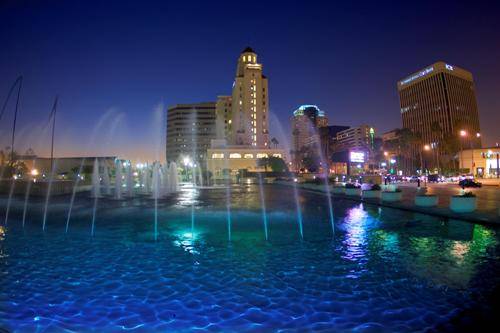 Seven million dollars may not sound like a lot to some large corporations, but that amount of money brought into the Long Beach economy each year could mean an economic boost to many people – restaurant owners and car repair shops, landlords and dentists, barbers and beauty salons, shoe stores and bike shops. Seven million dollars is the amount of money that economists at the Economic Roundtable estimate would flow into the Long Beach economy in the first year if Measure N passes and 2,000 hotel workers get a $13/hour minimum wage.

As a result of the wage increase, Measure N will bring in approximately $800,000 per year in increased state and local taxes to help run Long Beach’s schools, pave its streets and help pay for police and firefighters, among other things. And it is estimated that the increased spending power of the affected hotel workers could result in an estimated 85 local jobs created to support their buying power and the economic activity it could generate.

Taking into account the mandated minimum annual two percent cost of living increase in the hotel minimum wage required by Measure N, over five years the amount of money the hotel workers could spend in the Long Beach economy is an estimated $36 million. That’s just the kind of economic stimulus that the city and its local businesses could use.

Measure N is the type of policy that serves Main Street and the regular people who are working hard to keep their families afloat in a challenging economy. It applies only to the largest 16 Long Beach hotels that have 100 rooms or more – many of whose workers now make an estimated $9.50 an hour. Let’s support their hard work by getting the word out about Measure N to Long Beach voters. To volunteer, donate, or learn more about the Long Beach Hotel Minimum Wage visit YesOnMeasureN.com.