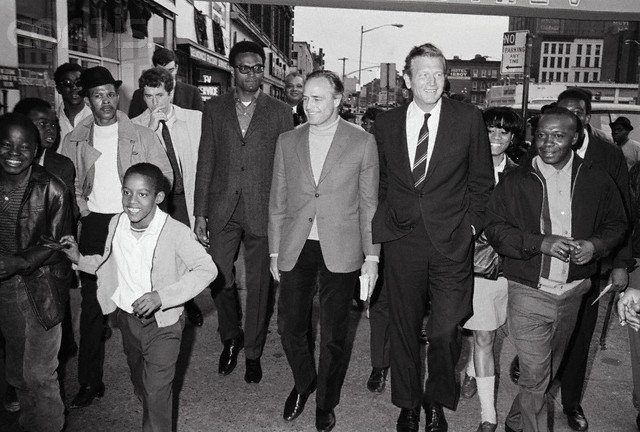 “The enemy of the actor is the mind,” Marlon Brando once wrote in notes he compiled for a 2001 series of acting seminars that he planned to film and distribute under the title, “Lying for a Living.”

Brando, of course, meant that in performance, acting is an emotional rather than intellectual activity. But according to Brando’s Smile: His Life, Thought, and Work, Susan Mizruchi’s engaging, insightful and rigorously researched new biography of the man universally acclaimed as the 20th century’s greatest actor, understanding the often antagonistic dichotomy between a capacious intellect and a vast, intuitive talent goes a long way to cracking the enduring enigma that is Marlon Brando.

“He modeled,” Mizruchi tells Capital & Main, “a kind of social activism – the idea that actors were obligated in some sense to use their fame to help others.”

By the late ’60s, however, the actor’s reputation was in decline. Nearly 15 years after his revolutionizing film performances as Stanley Kowalski in A Streetcar Named Desire (1951) and as Terry Malloy in On the Waterfront (1954), and on the eve of his artistic and box-office redemption with his Oscar-winning role as Don Corleone in The Godfather (1972), an emerging consensus defined Brando as a once-great but irrevocably squandered talent.

In between these two periods had come reams of negative publicity surrounding costly schedule overruns and dismissive reviews of both his sole directing effort, the Western epic One-Eyed Jacks (1961), and the budget-bloated and problem-plagued remake of Mutiny on the Bounty (1962).

Brando’s acting genius and longstanding commitments to social issues such as civil rights had all but been eclipsed by a prevailing public image of an eccentric and overindulged troublemaker with a self-destructive contempt for his own profession and a fatal weakness for saying yes to a fat paycheck. This perception was perhaps most famously summed up in Terence Stamp’s dissolute and thinly veiled Brando impersonation in Federico Fellini’s Toby Dammit (1968).

Those dueling and seemingly irreconcilable images — the buffoonish, womanizing wastrel on the one hand, the deeply committed artist of conscience and integrity on the other — would continue to haunt Brando in press accounts for the remainder of his life. 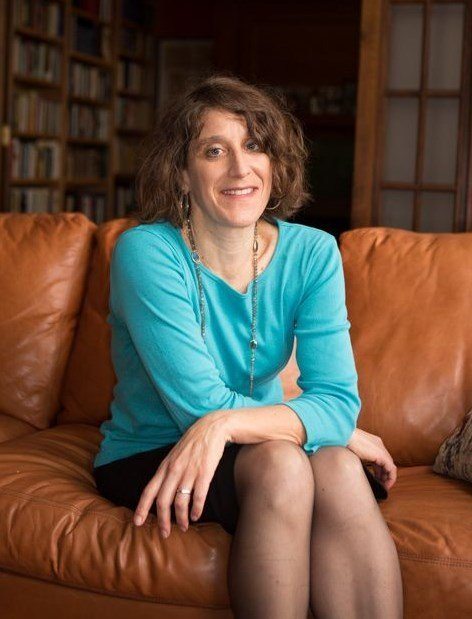 For Mizruchi, a cultural historian and English literature professor at Boston University, the opportunity to probe the Brando mystique presented itself shortly after the actor’s death in 2004, when rumors began to reach her of a previously unexamined cache of material from Brando’s own archives. The treasure trove included carefully catalogued collections of script drafts and research materials from all of his films and, more significantly, a 4,000-volume, personally annotated library that had been sold off at auction. (Mizruchi says it took her six years of world travel to fully research and reconstruct the archive.)

“I found that there was kind of a gaping hole in our understanding of Brando,” Mizruchi explains. “We just didn’t know that he had the mind. And the kind of mind that he had is really the story of my book. This is someone with an insatiable curiosity. He really believed in a kind of ideal of independent thinking, which he got from Hannah Arendt, who was his favorite philosopher.”

Mizruchi traces this independence and curiosity back to Brando’s childhood in Omaha, Nebraska, and his intellectually and artistically supportive, albeit alcoholic mother, Dorothy Pennebaker Brando. A gifted amateur actor in her own right, Dorothy had famously encouraged a young Henry Fonda, her protégé at the Omaha Community Playhouse, to pursue acting professionally, and was likewise supportive of her son in the face of disapproval from Brando’s stern father, Marlon Sr.

But just as significant, the author asserts, is the influence of Dorothy’s passion for liberal causes on her son’s lifelong commitment to social issues. “One thing I want to emphasize,” says Mizruchi, “and, again, this is another research discovery, is that the social activism is an integral part of [his] career from the beginning to the end. It never stopped.”

The actor’s deeply rooted commitment to the civil rights movement (which earned him an honored place near the podium during Martin Luther King’s 1963 “I Have a Dream” speech at the Lincoln Memorial) gets its own chapter, and is further illuminated in the book’s extensive survey of Brando’s reading list during the shooting of Arthur Penn’s Southern potboiler, The Chase (1966).

Mizruchi also singles out Brando’s long-neglected but sympathetic performance as the closeted Major Weldon Penderton in John Huston’s Reflections in a Golden Eye (1967) as an unusually courageous and unprecedented portrayal by a major male Hollywood star during the rigidly homophobic 1960s.

The most widely known instance of Brando’s activism came at the 1973 Academy Awards ceremony when 80 million television viewers witnessed a surrogate, the Apache Sacheen Littlefeather, take the dais to refuse the Best Actor Oscar on Brando’s behalf to draw media attention to American Indian grievances.

But if that was the highpoint of Brando’s three decades of support for the American Indian Movement, the low point came with his appearance 19 years later as Tomas de Torquemada in 1992’s politically reprehensible Christopher Columbus: The Discovery, a decision that Mizruchi discusses at some length. Producer Alexander Salkind flatly rejected Brando’s arguments for including historically accurate accounts of Columbus’ brutally violent treatment and exploitation of the Indians. But rather than foregoing a multimillion-dollar salary by walking out on the project, the actor settled for telegraphing his disapproval in what Mizruchi calls “an embarrassingly bad performance.”

This “protest” — the only time in Brando’s career that he was deliberately ineffective in a role — was lost on movie audiences and critics, as well as on dismayed and outraged allies in the Indian movement.

Of the many surprises offered in Brando’s Smile, the richest may be Mizruchi’s sensitive and compelling descriptions of Brando’s actual work in front of the camera — a task that is immeasurably deepened by her access to Brando’s personal shooting scripts and the book’s side-by-side comparisons with what emerged from the cutting room.

“Among the most important discoveries for me was that he worked so assiduously on his scripts,” she says. “And he wrote so many of the best lines for his characters — he rewrote scenes, he wrote endless notes about the scripts and about the film projects. That was a revelation.”

Through close reading and careful detective work, Mizruchi convincingly demonstrates that the most iconic scenes from the Brando filmography, from On the Waterfront through Apocalypse Now, owe their effectiveness directly to the actor’s unerring dramatic ear, skillful paring of the language and unparalleled sense of poetic truth.

But the book is equally persuasive in its extensively supported arguments that Brando’s enduring legacy goes beyond anything that can be streamed on Netflix.

”My last chapter is called ‘Citizen of the Planet’ — that was Brando’s phrase,” Mizruchi says. “I think that he believed [not only] that actors had to be citizens of the planet, but everyone had to be. I would say that one of my big discoveries was that Brando was someone with a big conscience. He was a really moral man.”

Related Topics:Marlon Brando
Up Next