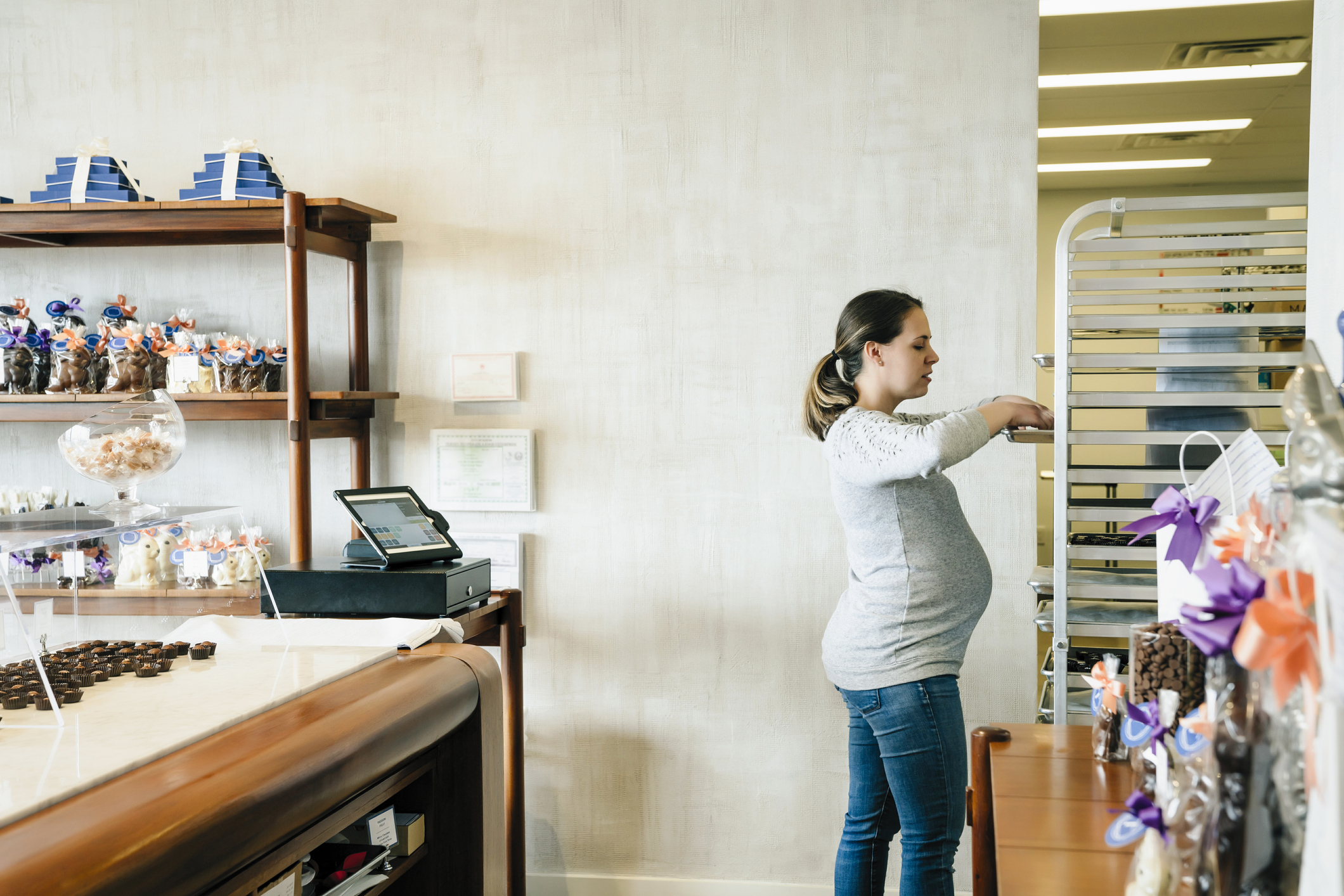 When California became the first state to implement a program of paid family leave in 2002, the idea was remarkably straightforward. PFL, as it’s known, was designed to allow residents to take time off from work for family-related health and maternity issues while still drawing enough income to stay afloat.

Twenty years on, a hotel worker in Los Angeles fit that description perfectly, with an elderly mother who lived with her and became ill. But that worker, who asked that her name not be used, never considered accessing the PFL program.

The reason? “I can’t give up that much money,” she said.

Though noble in concept, California’s paid leave system has fallen behind the curve of real world economics. Its wage reimbursement, 60% of what a full-time minimum wage worker normally earns and 70% for the very lowest earners, has acted to discourage lower income families from applying for the program because they cannot go even a few weeks with such a precipitous drop in income.

“They simply cannot afford a 40% pay cut,” state Sen. Maria Elena Durazo (D-Los Angeles) told Capital & Main. “Many of our lower income earners, who are working two or three jobs just to get by, cannot afford to have their paychecks reduced like that.”

But although the solution seems simple — raise the replacement wage percentage — the devil is in the details. And for the second time in two years, a bill attempting to address the problem sits on the desk of Gov. Gavin Newsom, its fate unclear.

Authored by Durazo, Senate Bill 951 would escalate the percentage of income that low wage workers receive from the state’s PFL program. Phased in over three years, the replacement wage would ultimately be 90% for workers who make less than $57,000.

California wouldn’t be the first state to reach such levels; both Washington and Connecticut already replace lower income workers’ wages at 90% or higher when they take family leave. But the bill arrives at a critical moment, with the overall cost of living soaring, the state’s housing prices on a continued rise, and no national paid leave plan in sight.

“California in the past has stepped up to the plate in the absence of federal action, and that is to be applauded,” said Misael Galdámez, a research analyst at the UCLA Latino Policy and Politics Institute (LPPI). “But policy is often a work in progress. SB 951 builds off what came before it.”

California’s PFL program allows up to eight weeks of paid leave for new parents to bond with their children, for individuals to care for seriously ill family members and for people who need time because of a family member’s recent military deployment. But for lower-income workers, many of them earning close to the minimum wage, the numbers rarely work.

At $15 per hour, a full time worker would receive $360 per week instead of $600 (before taxes) if he or she chose paid family leave. Such a difference is unsustainable for any family already straining to pay California housing, food and transportation costs, Durazo said.

Most private sector workers contribute 1.1% of their pay to the State Disability Insurance fund that is tapped for the PFL (it’s also used for straight disability insurance claims). Since so few lower income families are accessing the program, the senator said, they’re essentially paying for higher income families to use it.

Statistics bear that out. Data collected by the California Budget & Policy Center shows that of the more than 18 million workers in the state who contributed to PFL in 2020 and were eligible to apply for it, 37% earned less than $20,000 annually. They comprised what was by far the largest single group of workers in terms of eligibility. Yet they accounted for only 14% of the people who actually used the program, with just 608 of every 100,000 of those eligible taking part.

From 2017 through 2019, paid family leave disbursements to those earning less than $20,000 declined by 6%, while they rose by 23% for those who earned more than $100,000. In fact, every one of six income groups increased its participation in the program through those years except for California’s poorest.

That troubling trend was in sync with national data compiled by the LPPI. According to the institute’s research, Latina women were the least likely group to access paid leave throughout the pandemic. “And we have reason to believe that the trends are worse in California,” Galdámez said, because of the high percentage of Latinas here who lack college degrees and work in service sector minimum wage jobs, providing them almost no margin of economic relief.

California took the lead on PFL in 2002, and it remains one of only 11 states, plus the District of Columbia, with such a system. The U.S. is the only high-income nation in the world that does not have a national paid leave program, according to the state’s Legislative Analyst’s Office (LAO).

But while some other states have recently adjusted their replacement wages upward, California’s lower rates remain a barrier to low wage earners, who are predominantly Latino or Black and women.

“These states have had the advantage of seeing what other states have implemented and what works and what doesn’t,” Durazo said. “It is time for California to return to a leadership position on paid family leave through the governor signing SB 951.”

If SB 951 is not signed, the state’s wage replacement rate is set to revert to 55% next year.

Despite almost no organized opposition to the notion of a higher wage replacement, funding the increase has been a sticking point. Last year Newsom vetoed a measure that would have raised the replacement wage to as much as 90%, saying it “would create significant new costs not included in the 2021 Budget Act” and ultimately result in higher SDI payments by workers.

Durazo’s bill accounts for the governor’s objection by altering the funding method. Currently, workers pay into SDI up to an income limit of $145,000 – nothing beyond. Under SB 951, the wage ceiling would be lifted and workers would pay 1.1% on everything they earn. The senator said the LAO found that nine out of 10 Californians who pay into the system won’t be affected by the change.

“Shouldn’t workers who earn above $145,000 pay the same percentage of their income into the fund as a family that earns $57,000?” Durazo wrote in a recent op-ed.

Whether the revised funding mechanism will work for Newsom is unknown. In his veto letter on last year’s bill, the governor noted that he signed a measure in 2019 to extend PFL benefits from six weeks to eight and remains “a strong advocate for expanding access” to such programs, but his office has had no comment on SB 951. He has until Sept. 30 to approve or reject.

Though hardly a surprise, the consequences of being unable to use family leave fall most heavily on people of color in California. Workers in those communities hold a high percentage of the state’s lower wage jobs, and they work in the kinds of service sector fields — food preparation, cleaning, agriculture — that pay close to or exactly at the state minimum.

Durazo supported last year’s bill. Upon Newsom’s veto, “We went back to the drawing board and worked to address [his] concerns,” the senator said. But the clock is ticking: If SB 951 is not signed, the state’s wage replacement rate is set to revert to 55% next year, an action that almost certainly would prevent even more low income earners from participating.

It is perhaps the opposite of what California’s paid family leave was originally intended to do. “No one should have to choose between putting food on the table and caring for a seriously ill family member or bonding with a new child,” Durazo said. The next move is the governor’s.

"California Uncovered" examines the intersection of health, wealth, and race by probing the economic and racial forces driving health disparities in the nation's most populous state.