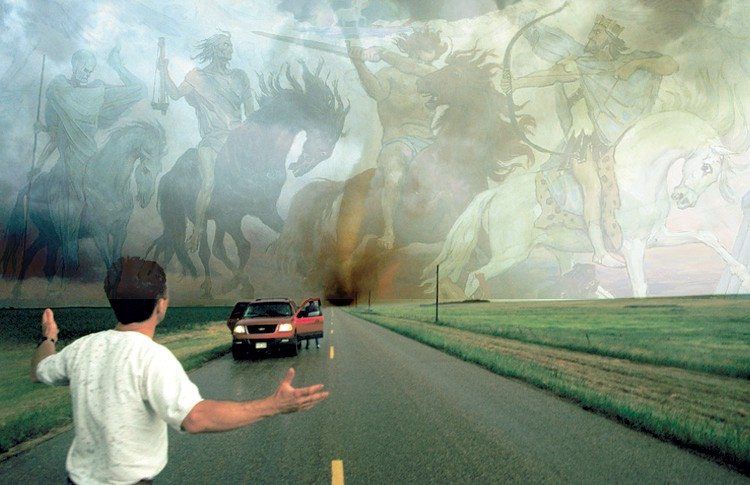 Despite the conventional wisdom that Southern California only has one season, some wag suggested it does indeed have four: Fires, floods, earthquakes and riots. So far this year we’ve had none of those, for which I am grateful, and I hope our luck holds.

I say luck because Los Angeles County leads the state in fire risk. Of the million homes in California in high-risk fire areas, half are in our county. Seven of the 10 most expensive fires in the U.S. since 1990 have been in California, and insurers paid some $5 billion in wildfire claims in 2003, 2007 and 2008.

Meanwhile, wildfires across the country have set new records. Nine million acres of forest were destroyed this year in 45,000 wildfires. An area larger than Massachusetts was burned over in five western states, including ours. That’s 13,000 square miles blackened, wild life killed, trees and brush scorched and burned.

So in the midst of the worst recorded fire season, Congress cut $400 million from fire prevention programs and halved the amount for emergency response. The budget crisis in California led legislators to cut 750 seasonal fire fighters – saving $34 million. And neither the state nor the federal governments are investing in new equipment.

Budget problems loom large in this economy, of course, but the cuts also reflect a denial of the climate changes behind this year’s steep increase in fires. The experts agree that with the weather changes caused by global warming, America is likely to see longer droughts and a fire season expanded by two months.

Extreme weather is not limited to fires, as we were freshly reminded by Storm Sandy just days before the Presidential election. It stirred up so much water that the New York subway system drowned and entire communities were washed away.

Unfortunately, Congress gambled against this one too. This year it cut the Federal Emergency Management Agency budget by half – which seems like a strange way to prepare for reality. Maybe American legislators will need to see pictures of themselves floating around the Capitol like those denizens of Venice, Italy, riding their beach chairs through St. Mark’s Square.

But the real bite of global warming will be felt in our food supply. With more drought and more severe storms, the price of food becomes our early warning system. Although we all worry about increased costs, this will hit the poor most painfully – and the poorest on the earth like a hammer. The desertification of the African continent, coupled with the geopolitics of food control, means famine on an unprecedented scale. The United Nations calls it a holocaust.

Women view these events that way too. Women of conscience see their bodies treated in the same way as the earth – used for its beauty or its resources or its capacities or its life, then discarded. “It has everything to do with intimacy,” Terry Tempest Williams says in her book Refuge. She continues: “Men define intimacy through their bodies. It is physical. They define intimacy with the land the same way.”

Her conversation partner in this dialog responded: “Many men have forgotten what they are connected to. Subjugation of women and nature may be a loss of intimacy within themselves.” She paused, then asked, “Do you feel rage?”

Williams said that she didn’t answer for some time. Finally, she said, “I feel sadness.”

That’s what I feel when I think about global warming – and the public policy decisions our leaders make about fires and floods and food and other human disasters we could prevent.

Related Topics:Climate ChangeGlobal Warming
Up Next

Nevada Solar Project: Turning on the Sun for Clean Energy

Powering Up With the Desert Sun