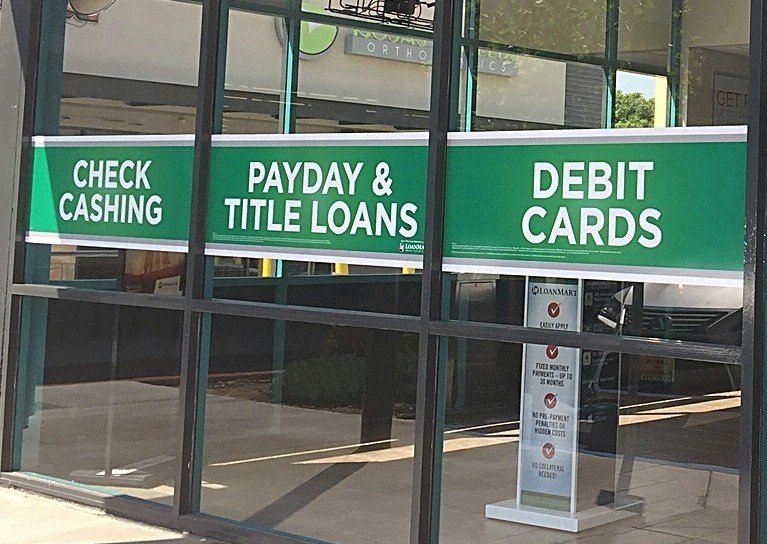 Tax time is nerve-wracking enough for people with good-paying jobs, but for low-income taxpayers April can be loaded with additional traps, making it the cruelest month indeed. Many low-to-moderate income people eligible for Earned Income Tax Credits (EITC) and the Additional Child Tax Credit (ACTC) file early in January in expectation of the usual 21-day turnaround for a refund check. The money helps fill in gaps, pay a few bills and may be the largest lump sum the recipient gets all year.

This year the refunds were delayed until mid-to-late February, because the IRS wanted to do additional scrutiny due to overpayments and fraudulent processing in the past.

“People file for these refundable tax credits as soon as they can file,” said Kelly Batson of United Way Bay Area. “The delays affect the people who need it most.”

EITC filers are the most susceptible to two other tax-time snares: the Refund Anticipation Check (RAC) that Batson describes as “commercial preparers loaning you your refund” at high interest rates; and the Refund Anticipation Loan (RAL), a product that provides what appears to be a refund but is actually a loan borrowed with triple-digit interest against the eventual refund. RAL lifted $9.6 billion from refunds from 2002 to 2012.

Bank One, JPMorgan Chase, HBSC and others were major players in that market.

RACs are different. The tax preparer sets up a temporary bank account into which the IRS deposits the refund check. The bank then issues a check or payment card with the tax preparation fees and other charges deducted, and shuts down the account.

A taxpayer who pays $25 to defer a tax preparation fee of $350 for a month ends up paying an 86 percent interest rate, the National Consumer Law Center said in a recent press announcement, which the group called a high-cost loan. In 2015 tax preparers and their bank backers collected $475 million from customers on their own refunds.

RALs are less prevalent now than they were a decade ago, consumer advocates point out, partly because such lenders as JPMorgan Chase were faced with growing negative publicity following a Federal Deposit Insurance Corporation crackdown on the practice.

But EITC filers are still the leading customers for both products, which are heavily marketed in poor communities. A 2010 study estimates that in one year EITC recipients who took out RALs paid $1.5 billion in interest and tax preparation fees to get their tax refunds.

As most U.S. consumers know, corporate bilking practices are not confined to tax time. Everyone struggles with what appear to be questionable overdraft fees, along with hidden credit card and cellphone fees.

But low-income communities are particularly targeted for predatory practices.

If you take out a payday loan to bridge the gap between paychecks, expect an interest rate in the range of nearly 400 percent. And you can only get a payday loan if you have a bank account. The “unbanked,” a term consumer advocates use for those whose paycheck-to-paycheck budgets make a bank account impractical, tend to turn to alternative financial services that operate outside of federally insured banks, such as pawnshop loans or car title loans.

Yet banks are very much involved in the lives of the unbankable. They securitize and sell payday loan and car title loan debt. Title loans take the borrower’s car as collateral—when the note comes due the borrower can either re-borrow, pay fees or lose the car. Combined, these two loan types drain over $8 billion a year from consumers, said Diane Standaert, executive vice president and director of state policy at the Center for Responsible Lending. The average costs hit a 300 percent annual percentage rate. “Both types of loans are structured to keep borrowers stuck in long-term debt. The trap is the business model.” The practices, she said, are concentrated in low-income neighborhoods and communities of color—very much like the predatory mortgage lending that led to the 2008 crash.

The revenue stream works out well for investors. Enova, an online lender whose flagship brand is CashNet USA, only recently applied to the Securities and Exchange Commission to securitize payday loans. A February 2, 2017 investors call jauntily referred to high-rate loan structures, with one vice-president noting that the average APR for the consumer is 120 percent.

“There’s a market for loans that have gone bad. Wall Street firms are buying up the distressed loans,” Stein added.

The targets of previous predatory lending models were pretty much on their own from the mid-1990s until after the 2008 crash.

But the 2010 Dodd-Frank financial reform bill brought a new sheriff to town.

The Consumer Financial Protection Bureau, the brainchild of Massachusetts Senator Elizabeth Warren, was created as part of Dodd-Frank. CFPB has been praised by consumer advocates as perhaps the most successful agency in the government. It has returned nearly $12 billion to consumers who had losses because companies weren’t following the law, said Brian Marshall of Americans for Financial Reform, a coalition formed in the wake of the 2008 financial crisis.

In just a few years the CFPB racked up a list of achievements: a qualified-mortgage rule that requires that lenders have a reasonable expectation that borrowers can pay loans back; a proposed rule to require the same of payday lenders; a regulation to require government audits of credit agency scores. CFPB has moved forward on a rule that would make it possible for consumers to pursue class action lawsuits, something that would apply in such situations as Wells Fargo’s use of consumers’ information to open new accounts without their knowledge. The bank used arbitration clauses in the agreement to open an account to keep individuals from suing. The CFPB fined Wells Fargo $100 million for opening the fake accounts.

Consumer advocates note that over 700,000 people have engaged in the Consumer Complaint Database that has collected thousands of complaints about financial products—and over 700,000 companies have responded to CFPB-forwarded complaints.

But now financial interests are gunning for the enforcer.

The line of attack in Congress and in the courts is focused on gutting the CFPB’s independent status, making the director serve at the will of the president, and its budget subject to Congressional approval. Other financial agencies–the Federal Reserve, the Office of the Comptroller of the Currency in the Treasury Department and the FDIC– are all independent, said Marshall.

“It’s because the CFPB is actually standing up for consumers and enforcing the law that somehow it’s considered politically controversial to have an independent agency,” he said.

Director Richard Cordray draws praise from consumer advocates but last week House Financial Services Committee Republicans put him on the griddle in a nearly five-hour hearing and called on the president to fire him, even though that’s not legally possible, given the way the bureau is structured. The committee chair, Republican Congressman Jeb Hensarling of Texas, is backing legislation and other moves that would make the director’s position subject to the president’s whim and scuttle the consumer complaint database.

On the legal front, mortgage lender PHH Corp. has sued over a 2015 CFPB decision that said PHH illegally referred consumers to mortgage insurers in exchange for kickbacks. A three-judge D.C. circuit court panel ruled in PHH Corp’s favor in a decision that attacked the independent structure of the CFPB, ruling it unconstitutional because it is governed by a single director.

The lower court decision was vacated and the issue now goes before the nine-member the U.S Court of Appeals for the District of Columbia in May. (That court includes Merrick Garland, the Obama administration’s Supreme Court nominee.) If PHH Corp. loses, the next step is the Supreme Court, whose newest justice is conservative Neil Gorsuch.

The Trump administration’s justice department has filed a brief in support of PHH. If Cordray leaves his post before July 2018, the president could appoint a replacement empowered to put a stop to any pro-consumer policy now in progress. News reports have said Cordray is contemplating a run for governor of Ohio. But he gave no indication of leaving his post during the Congressional hearing on April 5.

CFPB is so obscure that Jon Stewart once made fun of its low profile when he interviewed Cordray. But consumer groups say they are mobilized to defend it. The notion of consumer protection polls well and the groups are engaged in education and outreach. The hundreds of thousands who have submitted complaints are well aware of what the CFPB does, and Senator Warren has an enthusiastic and active base.

As Stein of the California Reinvestment Coalition remarked on the CFPB’s built-in constituency: “Once people know what it is and hear about its successes, it really resonates with people.”

Dollars and Sense: Panel Takes on the Banking Industry