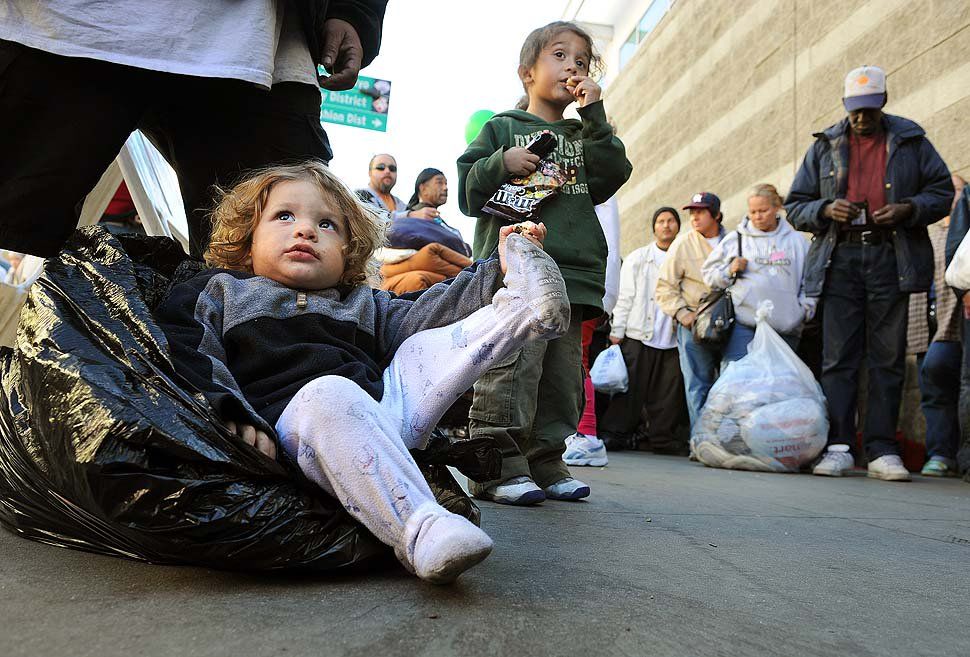 Although it took nearly two weeks to tally the votes from the March 7 election, Los Angeles County ballot Measure H has officially achieved the 69 percent vote supermajority needed to pass a half-cent sales tax hike. That creates $355 million a year for 10 years to fund programs to move thousands of L.A.’s homeless off the street and under permanent roofs, and to protect others at risk of becoming homeless. Measure H money provides rental subsidies, case management, mental health programs and other services. But it also supports an innovative personal and pilot-tested approach to connect with people that need those services, to get them off—or keep them off- the street and back into life in their own communities.

The idea was to end homelessness for 45,000 L.A. residents and prevent homelessness for 30,000 more. Measure H works in conjunction with Measure HHH, a $1.2 billion bond passed by City of Los Angeles voters last November to finance 10,000 units of permanent housing. No other city has put together those two large pieces to end homelessness. United Way of Greater Los Angeles took a leading role in the coalition to support Measure H, one that included the L.A. Area Chamber of Commerce and the L.A. County Federation of Labor—two groups often on different sides of the policy fence.

Chris Ko is Director of Systems and Innovations for the United Way of Greater Los Angeles and director of Home For Good. Capital & Main asked him about the vision behind Measure H, how it all came together and what happens next.

What does H provide the 40 percent outside the City of Los Angeles?

Ko: The HHH units would only be built in the city of Los Angeles.

And Measure H money will create support for people outside the city?

Ko: That’s right, inside and outside–40 percent of our homeless population lives outside the City of L.A. —so a significant amount.

It seems it may have taken a while to get a consensus among those on the front lines of ending homelessness to arrive at this housing-first approach. Has that been a block to addressing homelessness in L.A. County?

Ko: I don’t think that’s been the fundamental deterrent. The reason we pushed at this point is that the main thing missing was resources at the scale, the solutions we thought would work. When you’re dealing with the scarcity of resources, then you get in this game of constantly trying to figure out if housing is more important than support.

The vision here was: We’ve done this long enough–we know we need all of them. It is really important that people understand why housing-first is so important. That’s been a five-to-seven year journey for us, helping the community better understand the concept that you can only end homelessness with a home– you need a home, at a minimum, to end someone’s homelessness.

Has anything like this been attempted in other cities with scant affordable housing?

New York has done a version. They’ve funded housing and they’ve had a right-to-shelter [approach] there, but they realized the shelter piece has not been the answer. They’re looking at some of what we’ve done because they’re realizing that they need to fund more holistic kinds of permanent solutions.

What mechanisms are in place or need to be in place to get these programs rolling? Three hundred and fifty-five million dollars are available beginning over the summer?

Where does that go then, what mechanisms are in place linking the homeless to services?

Part of why we’re so confident in this push is that we’ve been setting up community- based delivery systems for these services. We’re not talking about $355 million dollars disappearing into county government. That’s part of why there was a special tax that required a two-thirds vote—it’s restricted for use on homelessness. We’ve been developing something called a coordinated entry system, a no-wrong-door system to deliver services with community-based providers in every single region of the county.

Before, if you were homeless but you didn’t connect with the one agency that had gotten the contract, it was a little bit of a lottery–who you found, or who you got found by [to help you connect to support.]

Now, no matter where you enter, whether it’s a food pantry, a clinic, a neighborhood provider—there [will be] a standard database used that’s available free of charge [to providers]. A standard assessment takes place. You get matched to the resource that’s the best fit for you. Whether that’s a unit of permanent housing or a rapid re-housing rental. This network across the county, a community-based tool, is in place to deliver a good chunk of the Measure H dollar.

Ko: Yes. It was a big one so. We piloted it in Skid Row. Over the next two or three years we grew it countywide with the support of a funders collaborative–private foundations and funders, and donors.

It became kind of the standard delivery system for L.A. The other thing that you’ll see right out of the gate, are outreach teams. Traditionally, you waited for [those in need] to come to your programs. In this new model we go out to them. Even if the first couple times we get turned down.

There’s a network ready, willing and able to go out. The difference is—that would be more fully funded. We’ll finally start expanding our street outreach to be able to respond. We have eight boroughs of L.A. –service planning areas–including Antelope Valley, San Fernando Valley, West L.A., Metro and South L.A.

And now you have outreach teams in each of them.

Ko: Exactly, we have had leads in each outreach area– what we haven’t had are the actual teams. It’s kind of like we’ve had 911, but haven’t had the police officers available on the other side.

The street outreach teams will be multidisciplinary, with clinical support so that [people requiring] mental health care may be treated and worked on while on the streets—that’s one thing that you’ll start seeing immediately. We’re starting to get sobering centers, shelters [established]. Psychiatric urgent care facilities will also start opening.

I’d like to ask you to put a face on “the homeless.” We always think Skid Row when we think “homeless” but that is not the face of homelessness entirely. There’s a range, between families living in their cars and people camping on the street. What would be the different support steps for, say, a family living in a car or a person living on Skid Row for a few years—what would it take to reach out to them and get them homed?

Then the challenge becomes making sure they get paired with the right kind of housing. That’s why this universal assessment is [already] in place and the coordinated entry system that tells us what kind of housing the person requires. So if they have a permanently disabling condition that’s been certified, what kind of supportive services do they require to make it? It’s harder to expect that that they would be fully self-sufficient, even with health care and employment training. It’s still 43 percent cheaper to provide that than just leave someone on the street.

That second stage are folks who might have been homeless once or twice before and have a specific challenge that they’re working through that’s keeping them on the street. They may be able to work or regain self-sufficiency, but really need kind of a boost to get up there. Those folks, we’d be pairing with rapid re-housing, the modern form of transitional housing–you get to go to your own place and you work with someone to figure out your rental supports over a year or two.

[Homeless] families often start out by living with other people or in their cars. For this middle population, shelter is a viable option for them. But in the past, the reason people stayed in their cars or stayed on the street was that shelters were often not in their community and could be less safe than the streets.

We’re calling [shelters] bridge housing– just to make it clear that it’s not meant to be a destination. It’s meant to be a bridge on the way out for that middle population. I think that face of homelessness that’s not often understood or seen, are the folks who are right on the brink of homelessness.

How do you prevent them from falling into homelessness-how does Measure H figure in?

Ko: We’ve never been able to deal with prevention because the federal resources haven’t allowed for it. Part of the vision of Measure H is that we’re going to move “upstream”–helping someone stay in their home and never hit the streets to begin with. Help them weather financial emergencies by helping them with rent, helping with eviction defense, legal counsel.

Going upstream also means making sure that as people leave prison, hospitals and the foster care system, that they have really good linkages and supports. That’s the other story of homelessness.

The final thing I’ll say when you ask about the face of homelessness—it’s predominantly Angelenos living in the communities in which they grew up or [lived in] before they became homeless. So 90 percent of our homeless neighbors actually live outside of Skid Row.

That means only 10 percent of our homeless population is on Skid Row.

Ko: Ten percent. So the face of homelessness may be hidden sometimes, may be visible at other times. But it really is in all of our communities at this point. The majority of the homeless are from those communities. They didn’t come there intending to be homeless. That’s where they were before their homelessness. They’re looking to stay after they make it back inside.

Related Topics:homelessnesshousing shortage
Up Next