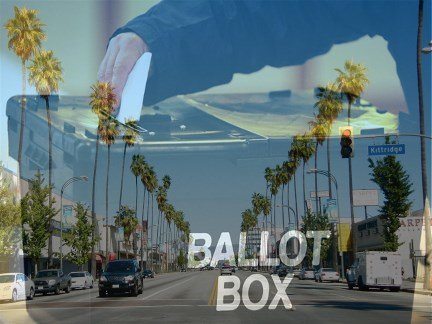 When you see a news story about Election Day in Los Angeles there’s a good chance it’s not about any issues or personalities involved during any one campaign, but about the city’s poor voter turnout. Depending on who you read, L.A. is the city that is too lazy for democracy, or too cool, bored or indifferent. Watching our turnout numbers fall has become a spectator’s sport, like watching a limbo dancer – how low can we go?

But whether 200 or two million people vote today, the future of this city cannot be sneered or shrugged away. We remain a troubled town with infinite resources, a divided city with the potential for great unity. Pundits may bemoan a sameness with the two mayoral candidates, or the lack of sexy ballot initiatives, but like it or not, Los Angeles will begin changing July 1, when the new mayor takes office. It may be an incremental change, or it may be a backward roll, but by however much or little, L.A. will not be the same city four years from today.

For those who have not yet voted, please take the time to do so before it’s too late. The weather is no excuse, and neither is freeway traffic – your polling place is no further than a few blocks’ walk from your home. You can find out where to vote by clicking the L.A. League of Women Voter’s site or, if you’ve lost your sample ballot booklet and want to brush up on the candidates and issues, go to the L.A. County Registrar’s page.

The Polls Are Open — Read Before You Vote!

Thalidomide Tragedy: A Lesson for Today