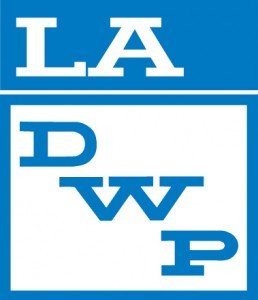 You wouldn’t know it from the Los Angeles Times’ recent coverage, but the labor contract with International Brotherhood of Electrical Workers (IBEW) Local 18 currently under consideration by city officials is a good deal for Department of Water and Power (DWP) customers and the city as a whole, and city officials would be wise to approve it, even if there are minor changes made to the deal. A regular reader might also miss the fact that Los Angeles has some of the lowest utility rates and most reliable service in the region.

A cursory review of the L.A. Times website reveals that the newspaper has published some 18 stories on issues related to labor costs at DWP over the last year. (This accounting does not include the Times’ coverage of the mayoral campaign in which IBEW Local 18’s support of Wendy Greuel became an issue.) Meanwhile, the paper has written only two stories on the coal transition, zero stories on energy efficiency, one story on electric vehicles and zero stories on the serious challenges posed by DWP’s aging workforce. Readers would benefit from a more balanced coverage of our utility.

As for the agreement on the table, it is extremely fair. It will:

But don’t just take our word for it, read the August 9 report prepared by Chief Legislative Analyst Gerry Miller.

“In light of the above and what follows, we strongly urge the Council to approve the proposal before you. It accomplishes the goals established several years ago with all labor negotiations, will provide the greatest protection to DWP ratepayers, creates certainty over the next several years in DWP revenue requirement and rate impacts on customers and provides a framework for ensuring that negotiations with other City unions result in an outcome that is consistent with cost containment measure that are essential in bringing the City’s General Fund into structural balance over the next few year.”

City Administrative Officer Miguel Santana, not always a friend of city employees, is singing the deal’s praises, as well. Fred Pickel, the ratepayer advocate who conducted his own analysis of the deal, is also urging its approval. Finally, Ron Nichols, the DWP General Manager, is in support.

Some background: IBEW Local 18’s contract expires in 2014, but the lawsuit filed by the DWP’s pension board against the city presented city officials with an opportunity to jumpstart negotiations. The union agreed to forgo an already-negotiated pay raise as part of the agreement. If no deal is reached by September 1, the raise will go into effect and the Department will miss out on the opportunity to save money on behalf of customers. Failure to resolve the deal could also lead to a labor dispute just at the time the utility faces tremendous challenges, ranging from an infrastructure in need of repair to an aging workforce to a radical transformation in the DWP’s energy mix. In addition, the deal was vetted at a public hearing August 16 — a highly unusual process since labor negotiations are typically done in closed session.

A parade of headlines about overtime pay, the abuse of a sick-time policy by a small percentage of employees and work rules related to contracting out paints a distorted picture of a department run amok. A more balanced coverage of our utility would reveal the following:

So what’s the deal with the L.A. Times? The DWP has long been a favorite target of the Times, as well as of politicians trying to stir up resentment among voters. While DWP rates are low relative to other utilities, all of us get sizable bills (which are also freighted with the city’s sewer and sanitation charges), making some customers vulnerable to politicians trying to score points. And finally, DWP’s union, IBEW Local 18, has effectively worked to create good jobs for members, many of whom do highly specialized and dangerous work. These are the type of middle class, family-supporting jobs we should be fighting to create and protect. Eroding the quality of those jobs – as has happened in the private manufacturing sector – will do nothing to substantially lower our rates and it could jeopardize the quality of service we get from our utility.

It’s fair to ask IBEW Local 18 members to be open to reforms that make the utility run more efficiently. But the L.A. Times’ reporting has been cynical and one-sided. Readers deserve better and so do the workers who literally risk their lives to bring us water and power.

Walmart and Friends: Winner Lose All