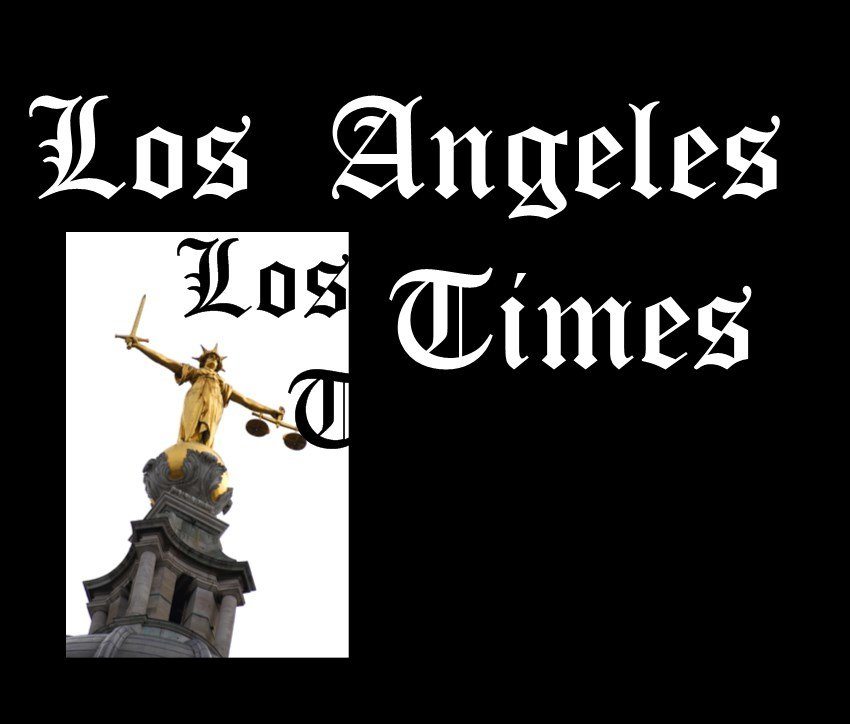 There they go again.

Last Saturday, three days before the election, the Los Angeles Times ran a somewhat bewildering piece about Proposition 47, the California state ballot initiative that seeks to de-felonize certain nonviolent crimes that are currently counted toward a convict’s three-strike tally.

“Prop. 47 puts state at center of a national push for sentencing reform,” ran the feature’s headline on the Times’ website. (“Ground Zero for Penal Reform,” was the print version’s more succinct headline.) And, sure enough, for the first 300 words the piece is pretty much a description of Prop. 47, while noting its major funders are philanthropist George Soros and several liberal foundations. Then, however, in the seventh paragraph (a jump page in the print edition), we get what the Times really wants to say:

The coordination by a few wealthy foundations to change public policy represents a legitimate but worrying form of political influence, said Robert McGuire, who tracks such activity for the Center for Responsive Politics.

What’s odd about this is that it isn’t a direct quote – it’s the Times summarizing McGuire. This is followed by a direct quote from McGuire: “Nonprofits are allowed to do this, but voters have a right to know what interest is trying to get them to vote a certain way.”

So at this point, the article finally reveals its true purpose – to critique Prop. 47’s funding, which by the way is public information. Except that it doesn’t really do this. The McGuire quote and paraphrase are general observations and don’t mention Prop. 47 – McGuire could have been talking about nearly any ballot initiative. And in fact, the Times, having admitted that Prop. 47’s funding is legitimate, never establishes that the measure’s funders will personally benefit from the initiative’s passage – a standard definition of influence peddling.

The rest of the article mostly discusses the emergence of the movement to reform California’s 1994 Three Strikes law, who in that movement gets money from Soros, the Ford Foundation and others, and who used to work for Kamala Harris, etc.

But this connect-the-dots exposé exists side by side with straight-ahead reporting about the ballot measure, quoting its leading proponents on its benefits to society, while not even seeking comment from Prop. 47’s opponents. Neither the pull-quote nor the caption of the photo accompanying the online version mentions Prop. 47’s finances or hints of a shadowy conspiracy to break the law. Readers skimming the piece could be forgiven for thinking it was just another neutral profile of a ballot initiative and not a financial take-down.

Except, that is, for a scary-looking infographic  titled, “The Big Campaign: Prop 47 is part of larger push.” It was bizarrely exiled in the print edition to an entirely different section of the newspaper, where it was reproduced in black and white. Online, its wildly curving lines sprawl across screens in blood red and look like the handiwork of an Adderall binger armed with a Spirograph. At the top of an enormous web of pro-Prop. 47 organizations sits the California Endowment and, at the bottom, George Soros. About the only restraint the infographic shows is in not representing Soros as a giant spider.

Okay, we get it. The Los Angeles Times is a paragon of even-handedness. People cheer the city’s paper of record when it agrees with them and cancel their subscriptions when their oxen are gored. The Times giveth and the Times taketh. But its schizoid November 1 piece on Proposition 47 can only leave readers scratching their heads. The article favorably quoted the measure’s supporters yet reported there was something “worrying” about its perfectly legal sources of support. Such journalistic passive-aggressiveness reveals a newspaper that, like Hamlet, could not make up its mind. Oh, and for the record, the Times endorses Proposition 47.