The events broadcast on television and through social media over the weekend were shocking: Torch bearing white supremacists and neo-Nazis marching on the streets of Charlottesville, Virginia. A Dodge Challenger — allegedly driven by a white nationalist demonstrator — plowing through a crowd of anti-racism protesters, leaving 19 injured people in his wake. Then the snapshot of the paralegal, Heather Heyer, 32, killed when she was struck by the speeding vehicle while crossing the street.

Californians responded swiftly. They assembled in Long Beach, Temecula, Redlands and Riverside as well as San Francisco, Oakland, and El Cajon to denounce the white nationalist movement that many say has been fueled by Trump’s candidacy and presidency.

On the streets of Los Angeles, about 1,000 marched from City Hall, past photo-snapping tourists on Olvera Street, stopping at the federal Metropolitan Detention Center to highlight the increasing number of undocumented immigrants being detained due to the Trump crackdown, and at the Japanese American Museum, where a protester and survivor of the Japanese internment camp, John Yuasa, expressed dismay about the targeting of Muslims and Latinos under the current administration.

Pastor William Smart, who heads the Southern Christian Leadership Conference, was on a national conference call that included some Charlottesville clergy at 8 a.m. on Saturday as right-wing protesters clashed with police and counter-protesters in the streets of Charlottesville.

That call – in addition to a slew of subsequent phone calls to local clergy by parishioners and residents following the deadly attack by the apparent white supremacist – led Smart to join clergy leaders in pulling together a “Love Transcends Hate” interfaith prayer and vigil on Sunday. The vigil, held at Holman United Methodist Church in Mid-City, brought out hundreds of residents from all over the city, including Los Angeles Mayor Eric Garcetti and City Councilman Marqueece Harris-Dawson.

“We need to fight for the heart and soul of America, the real America,” Smart said in a phone call with Capital & Main early Monday morning. He also stressed the importance of non-violent tactics, coalition-building, and direct action.

Smart, like many of the protesters, placed the blame for Saturday’s violence squarely on the president, who took an astonishing two days to condemn the Ku Klux Klan, neo-Nazis and white supremacists. 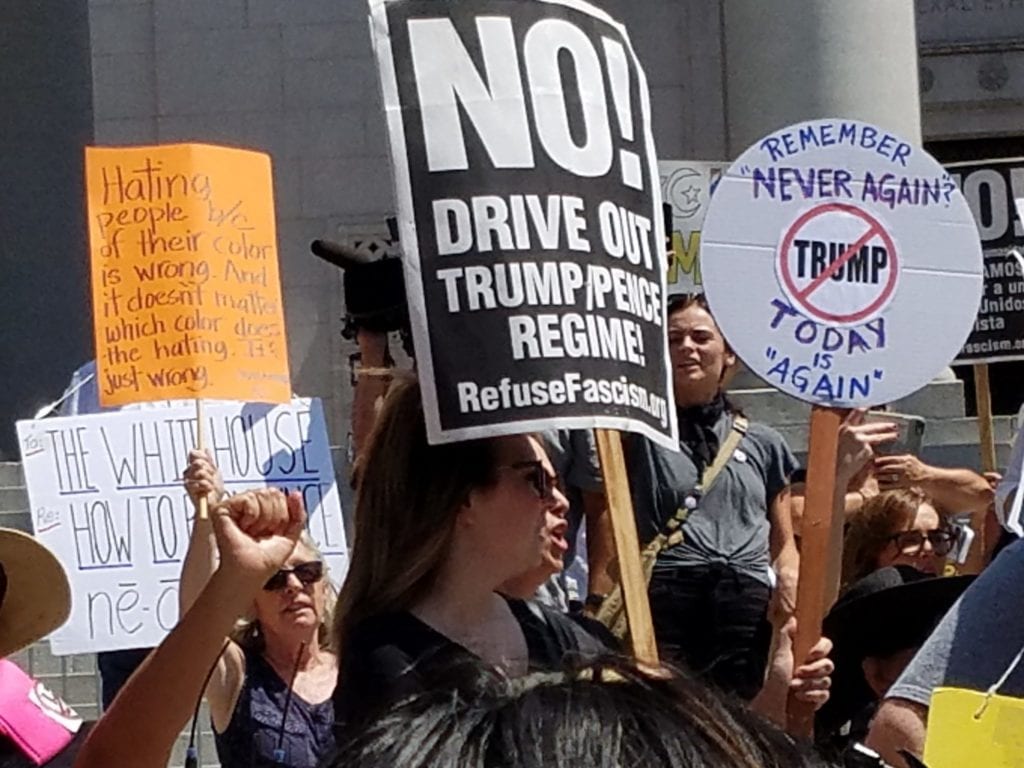 From the pulpit on Sunday evening, the mayor criticized Trump’s unwillingness to call Heyer’s murder terrorism, and his failure to acknowledge that “a car going through a crowd in Charlottesville” is the same thing as one plowing through a crowd in London. The mayor also stressed that Los Angeles struggles against its own history of racism. “We might not have Robert E. Lee statues, but we’ve had confederates,” he said. “We’ve had white supremacy here and police chiefs who have said black people died in chokeholds because they were built differently.”

The crowd that assembled at City Hall earlier in the day came to the protest in a similar spirit – to mourn, to protest and to express solidarity with the people of Charlottesville – although the young organizers leading the march struck more militant tone.

Michelle Xai, an organizer with the anti-Trump group Refuse Fascism Los Angeles, called on those assembled to participate in a Nov. 4 national day of action that she described as “the beginning of millions of people taking to the streets nationally” and “not stopping until this whole regime is driven from power.”

Sheryl Avisado, 34, never considered herself an activist, but was attending her third protest since Trump’s election. She was perplexed and dismayed by the emergent white nationalist movement.

“I don’t know what the KKK wants,” said Avisado, whose family hails from the Philippines and who now works as a development assistant at Universal Pictures. “America is about diversity.”

Cheryl Hayduk, an English professor from West Los Angeles College and veteran protester, was near tears when she spoke about the events of Charlottesville. “I think if I fought harder maybe she wouldn’t have died,” she said of Heyer. 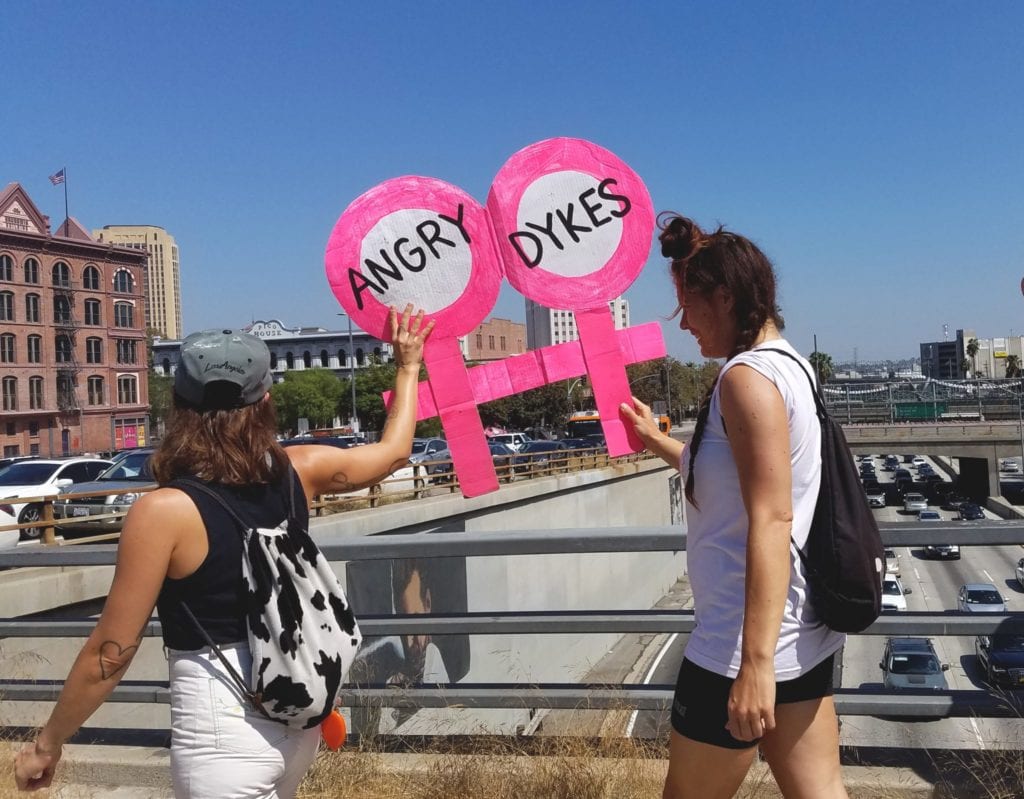 Ana Cabrera, a South LA resident originally from El Salvador, said she is in constant fear for her family members, some of whom are undocumented and for whom “every day is a challenge to go to work.” Cabrera, who is 57, said the protest gave her strength “to represent people who don’t have the courage” to join demonstrations.

Seventeen-year-old Sofia Sears, a high school senior from Santa Monica, remained focused on a political solution to the rise of the extreme right — address the gerrymandering that has led to a Republican hold on political power and expand access to voting.  “We need to have someone who can demolish Trump in 2020,” she added.

The peaceful, multi-racial protest in downtown Los Angeles felt worlds away from the battle over a symbol of the confederacy in Charlottesville. But as Capital & Main has documented, the Golden State has its own history of right wing extremism. Indeed, James Alex Fields, who was identified as the  suspect behind the Charlottesville car attack, may have been affiliated with a neo-Nazi, alt-right group, Vanguard America, that was birthed in California. He wore the group’s uniform of khaki pants and white polo shirt.

Vanguard America has disavowed any connection to Fields, according to the Southern Poverty Law Center’s description of the Charlottesville tragedy. Fields’ mother told reporters that she knew her son had gone to Virginia for a rally but that “I thought it had something to do with Trump,” she said. “Trump’s not a supremacist.”

Related Topics:alt-rightCharlottesvilleEric Garcetti
Up Next