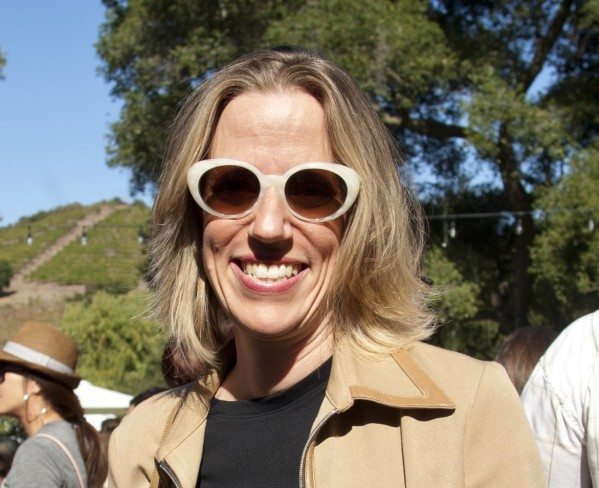 Many of us love Los Angeles, but few get paid to love it. Los Angeles magazine editor-in-chief Mary Melton is one of the lucky few. Since taking over as editor in 2009 (she had been executive editor since 2002), Melton has continued to push the publication beyond its former Westside comfort zone into the far corners of our megalopolis.

A native Angeleno, Melton – whose great-grandmother came to L.A in 1918 to escape the stifling constraints of her upper-crust Midwest family – went to Hollywood High and worked for years at the L.A. Weekly and the L.A. Times before coming over to Los Angeles magazine. She rides the bus from Eagle Rock to work when she can, and thinks every public official should be required to do the same at least once a week. This is hardly Melton’s only civic improvement idea — in the course of an hourlong conversation, she proposes a cultural competency course for all Angelenos, endorses a union for nannies and zeroes in on the L.A. Times’ agoraphobic reporting style.

What do you love most about L.A.?

Diversity is our greatest strength. And, setting aside the incredible weather and the beauty, the feeling that you can do anything here. It’s a place that people come not only to reinvent themselves, but to invent themselves. You’re not judged by where you went to school or what family you’re from. New York is far more provincial than L.A. There’s much more of a uniform to what people wear, more of a conformity. L.A. offers more promise of equal opportunity despite the economic disparity.

And yet L.A. is a city where close to half of the population is poor. How do we bridge the gap between the promise and reality?

Through engagement. I have a responsibility to educate readers and take them into pockets of the city they wouldn’t see otherwise. This magazine was heavily identified with the Westside, and our goal was to change that. Even if our readers haven’t been to Fillmore or can’t find Bell on a map, they can have an understanding of these places. We have a lot of affluent readers but also people who just moved here and are living in apartments for $1200 a month. Information is really important. You can’t force someone who is not sympathetic to care, but you can present information that can motivate them to care. It’s vitally important to the life of the city to engage. I’m not sure that people don’t want to be engaged, I don’t think they know how.

How does it affect the city to have so many people who are poor?

It affects the city, absolutely – there’s a whole private economy. Think how much every day the city relies on the work of people who are not here legally, who keep the city going. It’s too easy not to care. I didn’t grow up with a lot of money – my dad was a schoolteacher, I was one of four kids, we lived in a modest house in the Valley with one tiny bathroom. I was the child of two Depression babies. Still, we were always made aware that there were people much less well off than us. If anything I am more aware now because of my job. The focus in L.A. on the “Industry” can make the city seem more superficial than it is. There are tons of unsung heroes, organizations trying to address the problems. There’s a sad lack of coverage of these issues.

We’re 20 years out from the riots – what does it say about the city that we still have such great inequality?

I’ve always felt that it wouldn’t take too much for the mayor to pick two issues that could be his legacy to confront and address. I’ve always been surprised that homelessness and poverty haven’t been those issues. We are too comfortable being sequestered here – you can live your life without ever going to poor areas. There should be a required cultural competency course for everyone who lives here.

What is missing from the city’s journalistic landscape?

The mainstream press needs to reintroduce beats, cover California and L.A. issues, have more reporters devoted to local politics and politicians. Websites don’t have the resources to do deep reporting.

If you were editor of the L.A. Times, what would you do to change things?

The first thing I would do is hire a fleet of buses and have everyone in the building get on one and go see the city. Too many people at the Times never leave the building. I remember during the 2000 Democratic Convention, which was in downtown. I was working at the Times, and I decided to go over to check it out. I tried to get some folks to come with me, and everyone said, “It’s so far.” What?

I will continue to subscribe to the Times no matter what state it’s in – I think it‘s our civic duty. There’s still talent there and some excellent work being done, but they didn’t think through their downsizing, they lost so much talent. I don’t want it to become irreparable.

What could Los Angeles magazine do to tell the real stories of L.A.?

We do tell real stories. That said, there are other stories I would be all over, but they would require heavy lifting and investigative reporting – we don’t have the resources. This year we are planning on taking on some kind of cause, something that the magazine identifies that the city needs to fix and report on it in a very active way, whether it’s a social cause or civic improvement. We will declare that this thing is broken, and see what we can do to fix it. We will be looking for ways to motivate wealthy people to be part of that.

What are your impressions of the social justice movement that has developed in L.A. over the past 15 years?

I feel that much of the constructive work that has come out of the last 20 years goes unnoticed. People are used to quick results, box office tallies for the weekend. It’s much harder to measure the results of social justice.

The Spirit of Giving, Part 2