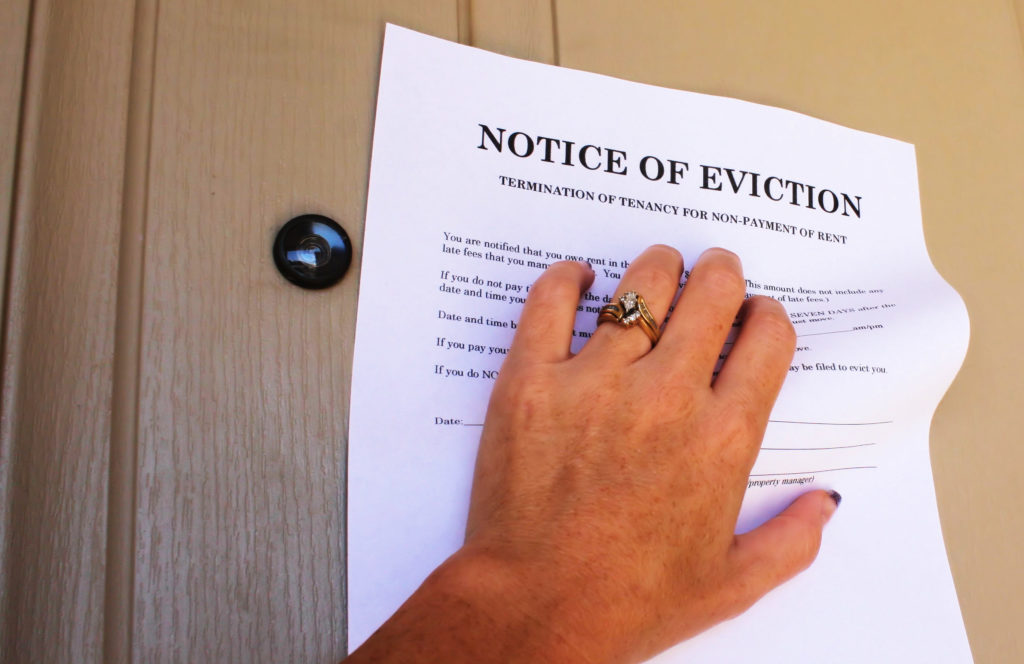 An estimated 30,000 eviction cases are filed in court each year against Los Angeles city residents. Many more tenants do not show up in court since they know “they have limited legal rights and they have limited access to legal representation,” according to a recent report by Tenants Together, a renter advocacy organization.

Urged on by renter advocates, a Los Angeles City Council housing committee voted August 8 to support the creation of a ‘right to counsel’ law similar to ones that have been adopted by San Francisco and New York.

The committee approved a motion, authored by L.A. City Councilman Paul Koretz, which directs staff to craft a program that would give more tenants facing eviction access to attorneys.

“Basic fairness dictates that if one side of an eviction proceeding has legal representation, the other side should have representation, too, and that equality before the law shouldn’t depend on income level,” said Jerry Jones, director of public policy at the Inner City Law Center. Jones joined about a dozen speakers at the committee meeting.

Compared to the high cost of addressing the homeless crisis, eviction defense is a relatively inexpensive means to prevent people from becoming homeless, according to Jones.

County and city officials are struggling to find temporary and permanent housing for the tens of thousands of residents who become homeless every year. And while there has been a slight decrease in the county’s homeless population since last year, the number of homeless – 53,000 – is still staggering, according to the last count. In addition, more people were homeless for the first time this year than last, suggesting unaffordable rents may be pushing people onto the street.

At the hearing, Janet Gagnon, a representative of the Apartment Association of Greater Los Angeles, complained that a right-to-counsel program would “simply give money to defense attorneys.” She said that public money would be better spent on vouchers “so that the people can avoid the eviction process entirely.”

But a 2017 analysis of pilot programs that offered free legal service to tenants concluded that providing counsel does have benefits. Eviction cases involving represented tenants are more likely to end in settlement, and most of those settlements reduced back-owed rent or helped protect tenants’ credit by keeping eviction notices off the public record.

The study, which was conducted by the Judicial Council of California, also found that 67 percent of cases involving represented tenants settled, as compared to 34 percent of cases in which people represented themselves. While all clients in the study received eviction notices, only 6 percent were ultimately evicted from their homes.

Jim Bickhart, a representative of Councilman Paul Koretz, said that the intent of the proposed measure was to expand the capacity of the current network of legal services, which currently serves “several thousand clients a year.”

“There is no way this proposal could provide free legal service to every tenant faced with eviction, but we should start somewhere,” he added. The motion is scheduled to be voted on by the full City Council on August 17.