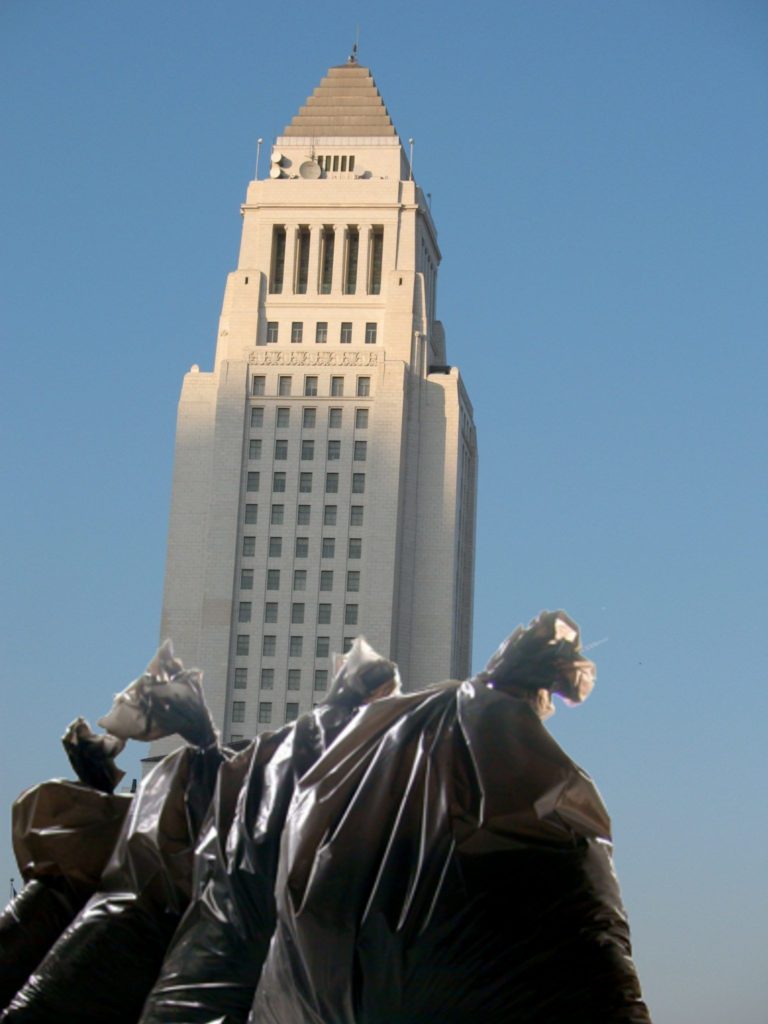 Three decades ago, women in South Los Angeles stood up against the City of Los Angeles to block the siting of the city’s solid waste incinerator known as the Los Angeles City Energy Recovery (LANCER) project. Organized as the Concerned Citizens of South Central Los Angeles, women successfully fought back against powerful industry and business interests and complicit local decision makers, to block an additional polluting facility from being sited in a neighborhood already bearing the burden of toxic waste and abandoned factories.

Today, innovative campaigns led by low-income communities of color and low-wage workers fight to ensure that their communities are healthy, sustainable places to live, work, play and go to school. Even after all these years, the issue of waste — who benefits from it, who doesn’t — remains as potent an issue as it was when it catalyzed a powerful social movement in the early 1980s.

In the current debate in City Hall around Los Angeles’ waste and recycling system, environmental justice is again at the core of the policy debate. Low-income communities of color, workers and environmentalists have come up with an innovative franchise proposal that would help clean up the waste industry through establishment of a franchise approach that would protect the health and livelihoods of communities and workers. Supporting an exclusive franchise are decades-established environmental justice groups like Communities for a Better Environment and Pacoima Beautiful, national environmental groups like Sierra Club and NRDC, and occupational safety and workers’ rights advocates.

At the same time, a well-financed conglomerate of big business, waste haulers and apartment landlords fight the proposal. At the center of their conglomerate is a newly minted organization called Angelenos for a Clean Environment (ACE) operated out of the PR firm Cerrell Associates, the firm that wrote in their 1984 memo that: “[waste] sites can be suggested partly on the basis of neighborhoods least likely to express opposition — older, conservative, and lower socioeconomic neighborhoods.”

It takes some effort to untangle the twisted environmental justice arguments used by ACE to support the chaotic nonexclusive system that currently exists. On its website, ACE claims that a non-exclusive franchise “[w]ill avoid disproportionate impacts to the San Fernando Valley from increased traffic, which would be the result of an exclusive franchise favoring [sic] large corporations with operations in the valley.” There’s little evidence to support their explanation for environmental justice claims even if one were open to Cerrell’s positioning itself as an environmental justice champion, given their history around waste issues and their close relationship to hauling companies like Athens that operate waste facilities in Sun Valley.

While many businesses have come to recognize the importance of changing their business models to achieve goals of environmental and economic justice, waste firms and their business lobbyists such as Cerrell Associates need careful scrutiny, particularly if they claim to have environmental justice intentions. In fact, the current non-exclusive system has resulted in an environmental justice nightmare for communities adjacent to landfills, dirty material recovery facilities (MRFs) and other waste facilities. And it appears that an exclusive system could create incentives to better distribute infrastructure throughout the region. While we may not see waste facilities pop up in Brentwood and Hancock Park, it is certain that under the current non-exclusive waste system low-income communities of color in Los Angeles will continue to bear the environmental injustices of the waste in Los Angeles.

Martha Matsuoka is an  assistant professor of Urban and Environmental Policy at Occidental College. Her post first appeared on Huffington Post and is republished with permission.

Transforming L.A.'s Trash Collection for the Next 50 Years