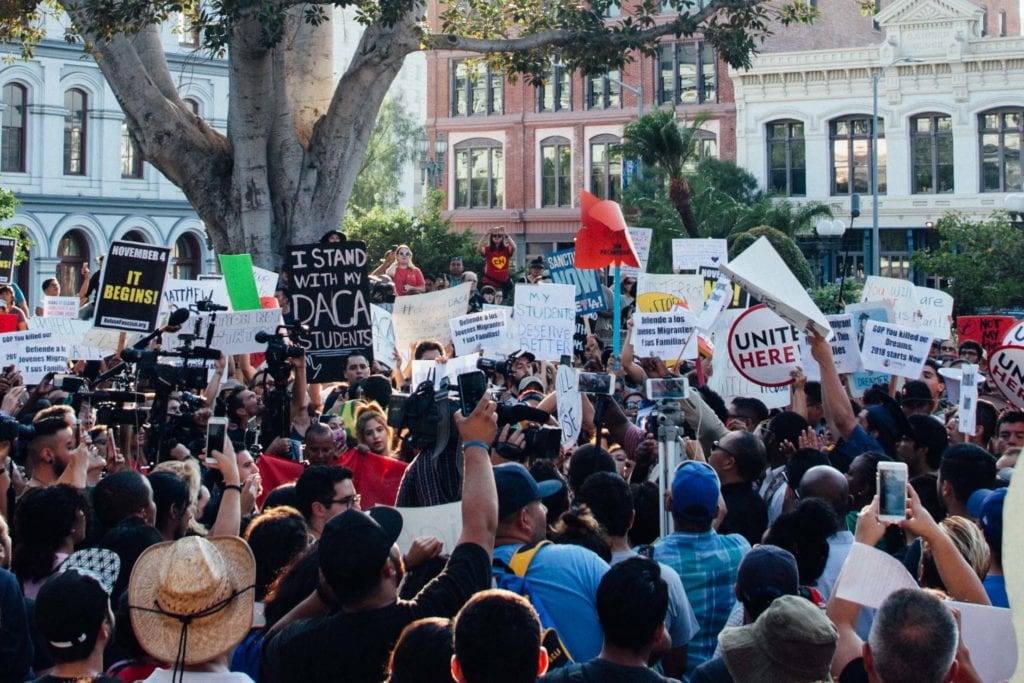 The crowd prepares to march towards City Hall. 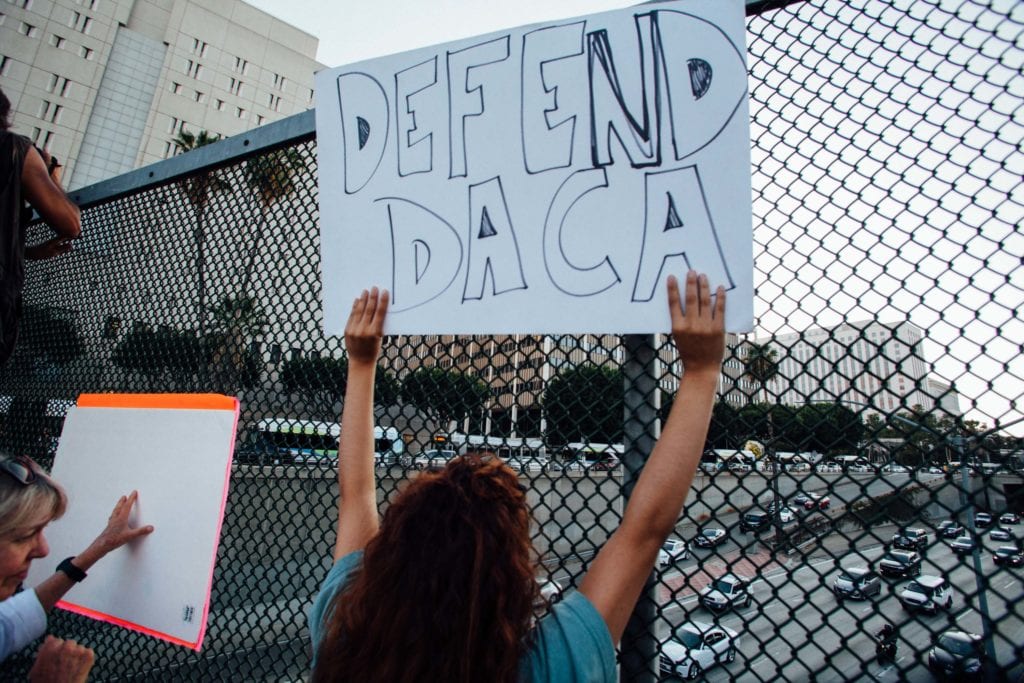 A protester holds up a “Defend DACA” sign to drivers above the 101 Freeway in downtown Los Angeles. A passionate protester on Alameda Street. 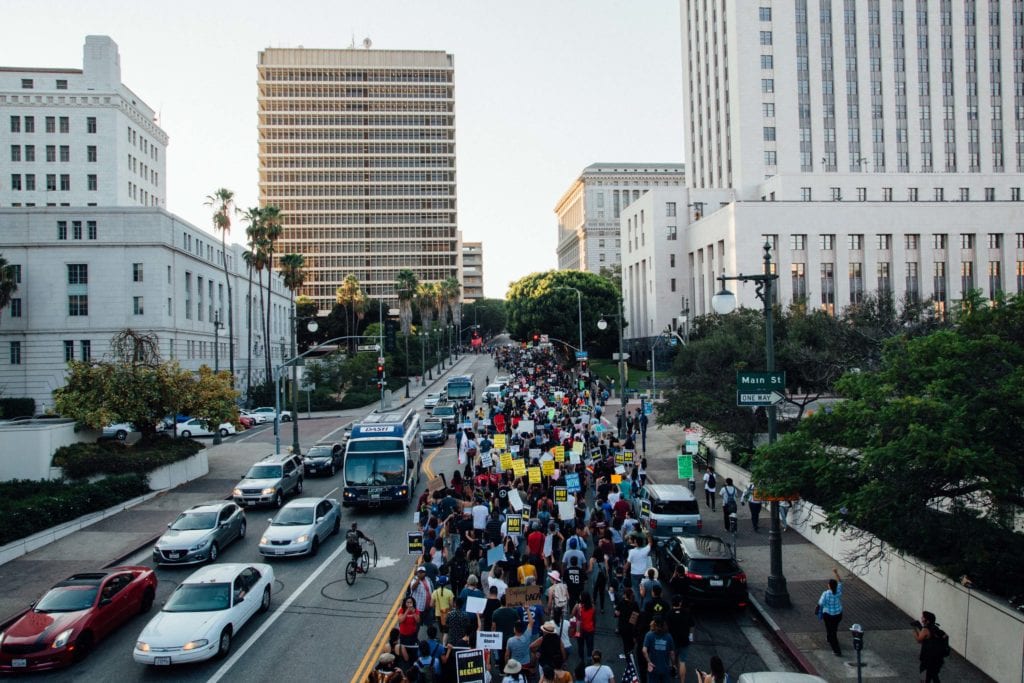 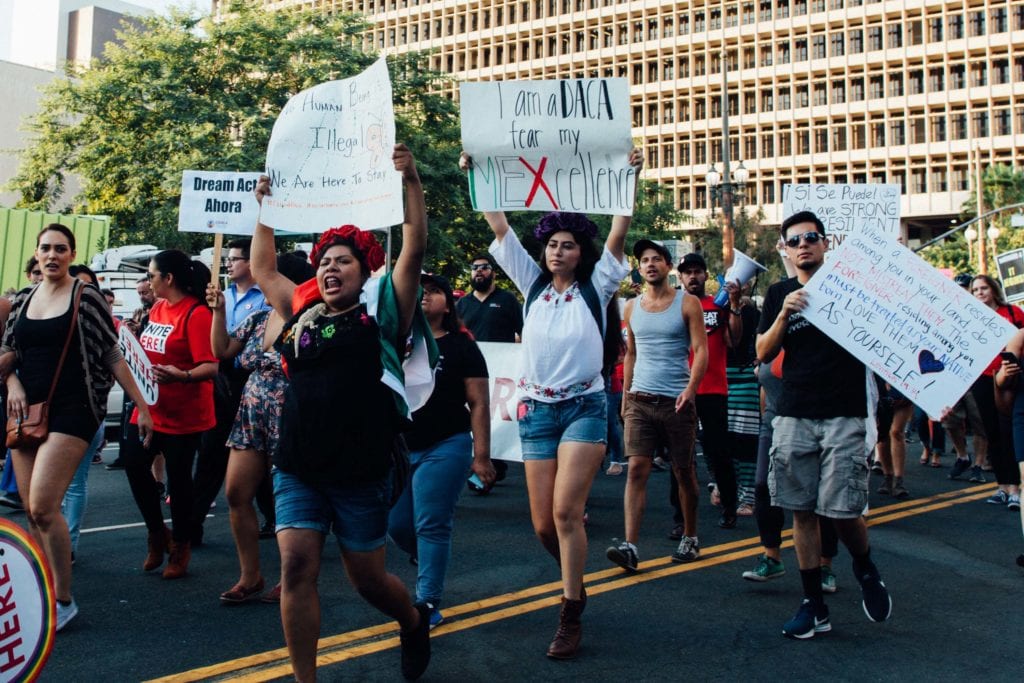 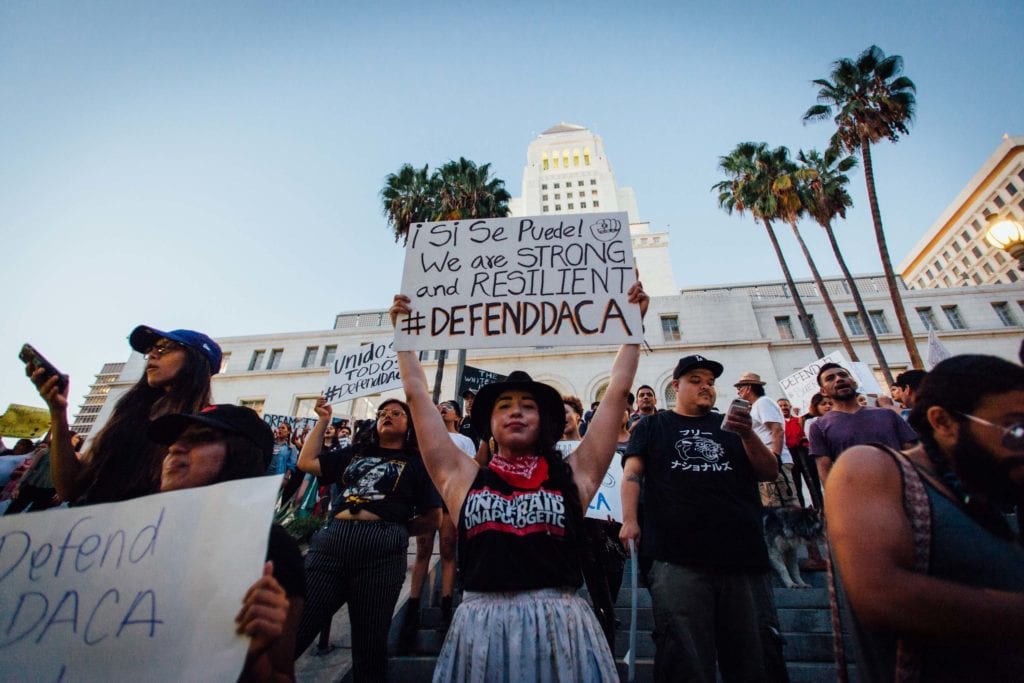 A schoolteacher holds up a sign supporting DACA students. 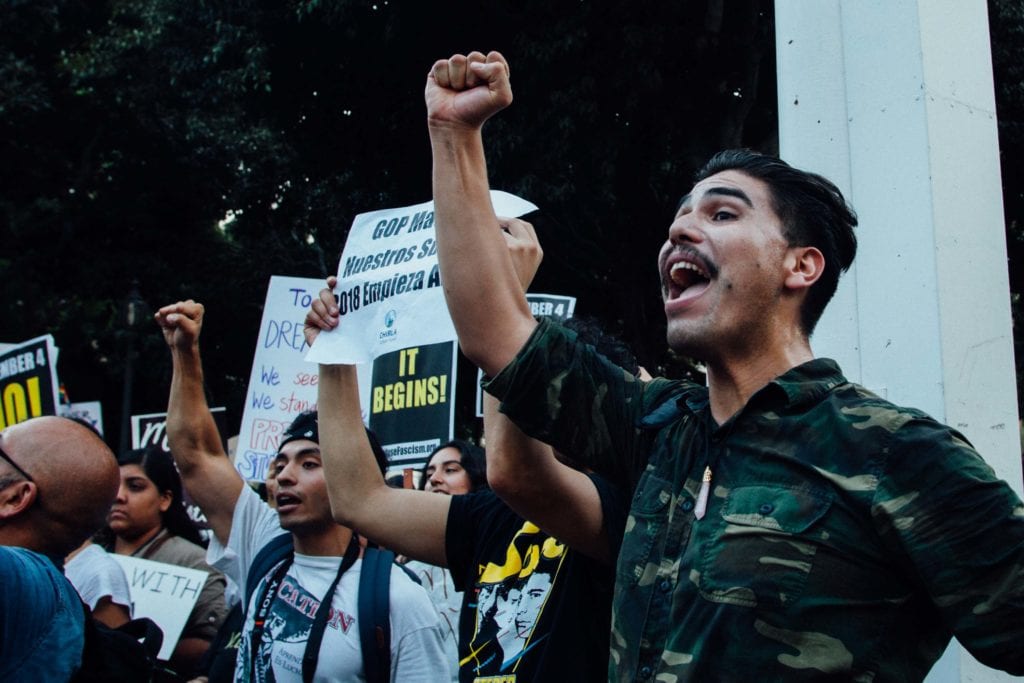 Christopher López, right, attended the rally in support of his girlfriend, a DACA recipient and student at USC who was attending classes that day. 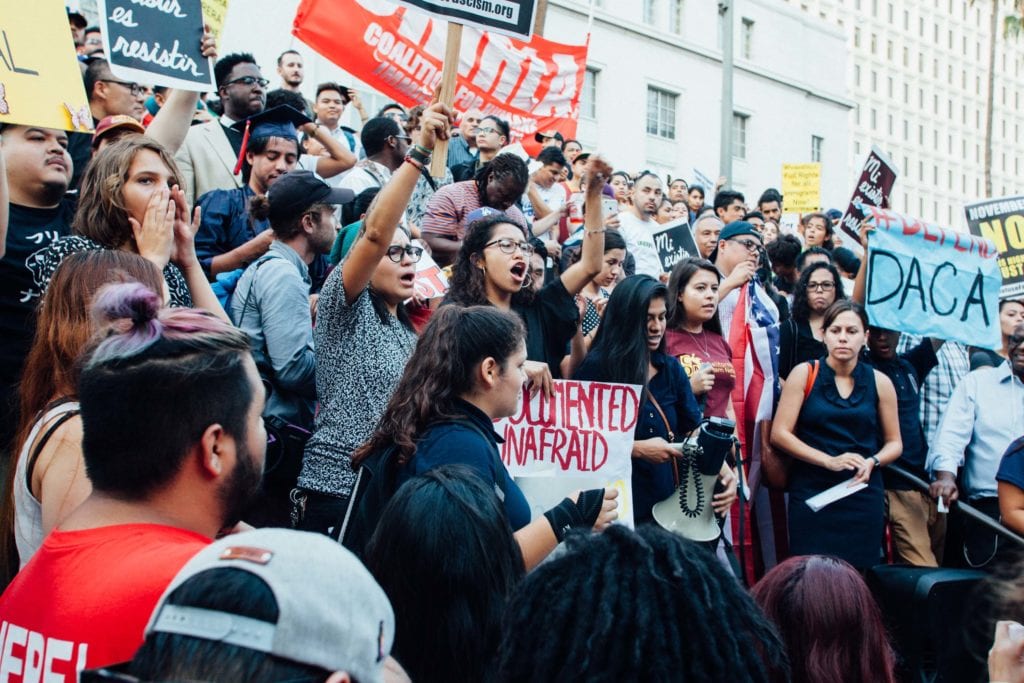 Protesters gather around speakers on the steps of City Hall in downtown Los Angeles. 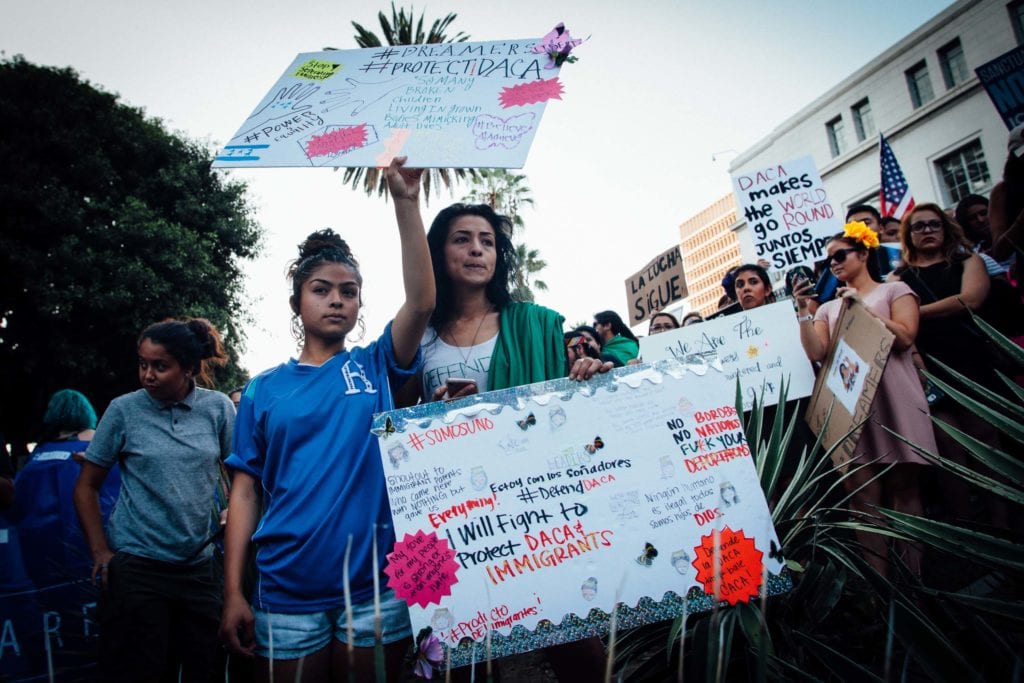 Demonstrators show their support for DACA. 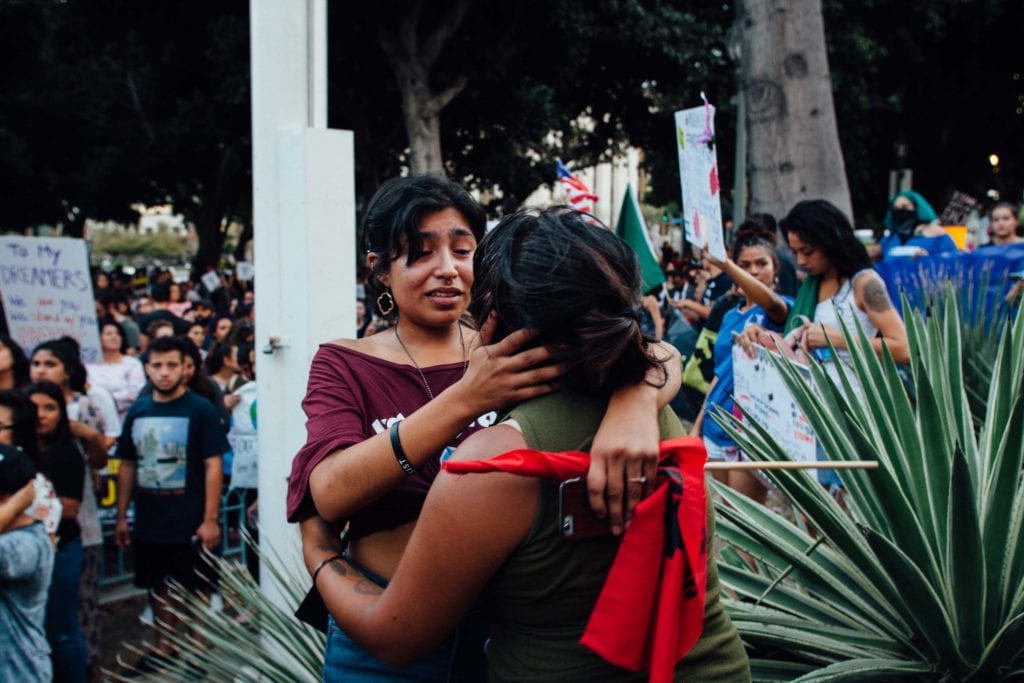 Sisters comfort each other. 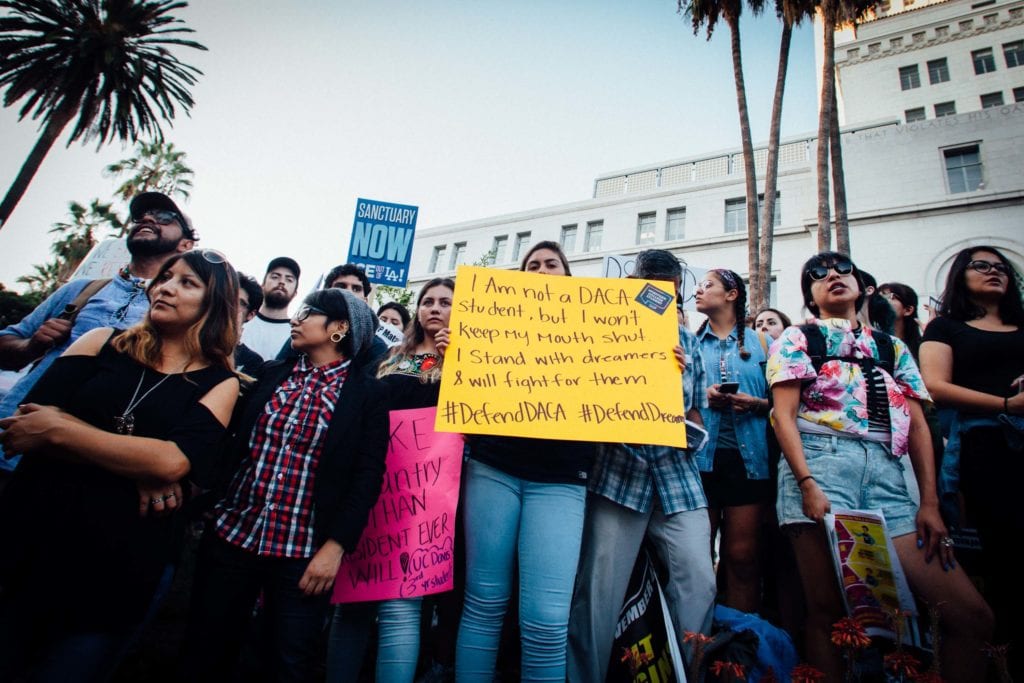 Supporters of DACA rally in front of City Hall in downtown Los Angeles. People were impassioned and emotional at the DACA rally. Many were concerned about themselves or their loved ones losing the right to go to school or work, and the possibility of deportation. 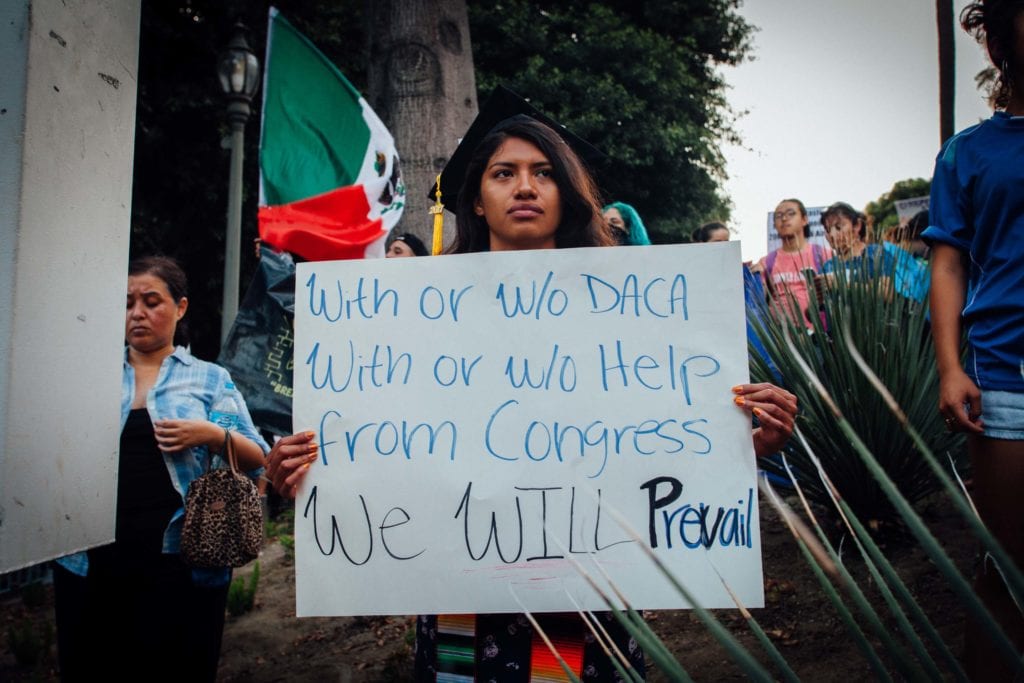 Docnary Reyes just finished at Pasadena City College and is attending UC Davis this fall. She plans to fight for herself, her parents, and her community for as long as it takes to defend DACA. Clergymen from the African-American and Asian-American communities speak of the steps of City Hall in downtown Los Angeles. 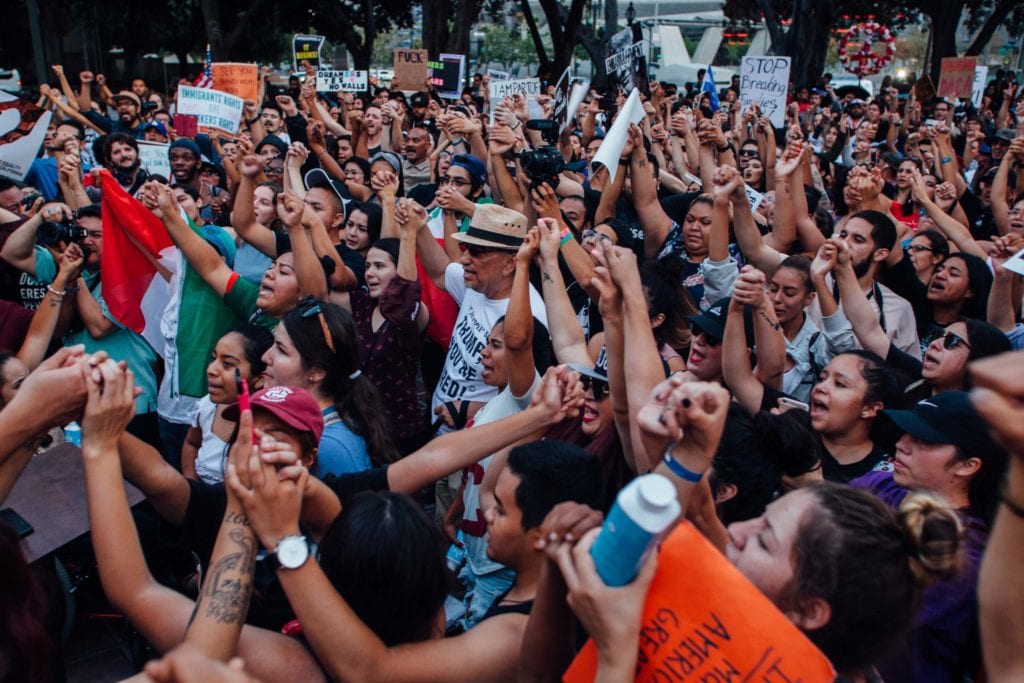 Protesters hold hands and pledge to protect and fight for each other at the end of the rally. 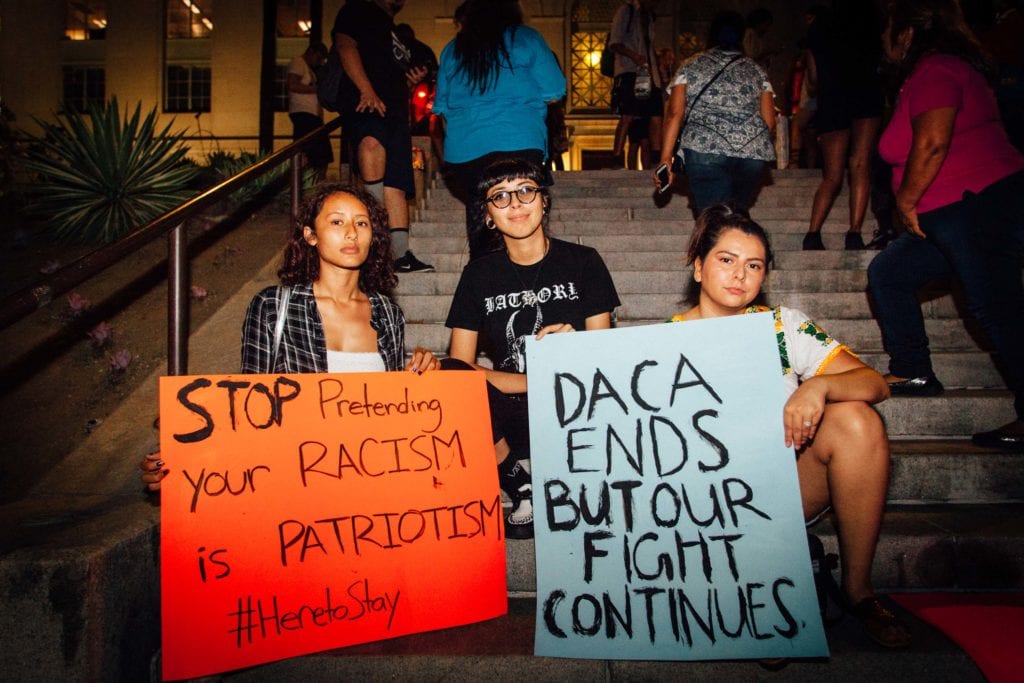 Celestina Mendoza (left) and Margarita Hurtado (right) protest in support of their friend Areli Chairez (middle) who is a DACA recipient and student at L.A. Valley College. Justino Mora, co-founder of Undocumedia: “We are going to have to take this everyday to the White House in order to get comprehensive immigration reform passed.”

Related Topics:Deferred Action for Childhood Arrivals (DACA)Donald Trump
Up Next