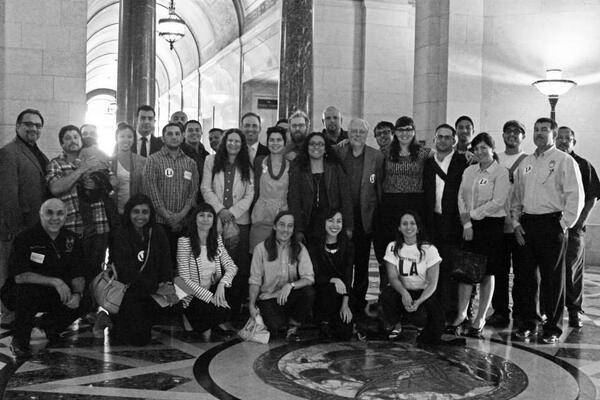 On Tuesday — April Fools’ Day no less — Los Angeles’ City Council nearly unanimously approved the Zero Waste LA Franchise System, which would make it the first and largest city nationally to adopt a robust plan to move towards Zero Waste. The Zero Waste LA Franchise System, under the direction of the City of Los Angeles’ Bureau of Sanitation, will transform the antiquated waste and recycling system that currently serves apartment dwellers and businesses. In its place will emerge an innovative model for the nation. This new system will carve the city into 11 waste service zones intended to boost recycling and provide strong customer service – a similar success found in the city’s single-family waste and recycling programs.

The Zero Waste LA franchise plan specifically requires trash-hauling companies to bid for exclusive contracts to operate in the 11 waste service zones. This will help the city to meet its Zero Waste goals, adopted in 2013, including:

The Don’t Waste LA coalition – a group of environmentalists, faith groups, worker advocates, and small businesses – have achieved a great milestone. Four years ago, in the face of a massive number of trash and landfill closures, Don’t Waste LA pledged to make Los Angeles a greener city. Through the years, Don’t Waste LA members spoke at countless stakeholder meetings and public hearings, and held press conferences at City Hall and in the streets to send their message to public leaders.

In every meeting, we encountered staunch opposition. An industry-led faux-group, Angelenos for a Clean Environment, complained that the franchise plan would make the sky fall and shift our city into the hands of anarchy (no kidding). But we stayed the course and committed to doing the right thing to clean our city’s environment by continuing to push for the exclusive franchise plan. One might say our opponents really knew how to talk trash – but our coalition countered with real solutions.

Our public officials also understood the problems well and helped to craft a plan to move us towards Zero Waste. The incredible amount of work from Bureau of Sanitation staff members put Los Angeles on the cutting edge of the Zero Waste movement.

All these leaders have ushered us into a historic moment. As a native Angeleno, I am both proud and excited for what our work will do to transform our city. I am also excited to continue working towards Zero Waste with the Don’t Waste LA coalition. This is just the beginning of an innovative and greener Los Angeles, and I am thrilled to be celebrating and making history together.

Of Football and the Limits of Labor Law