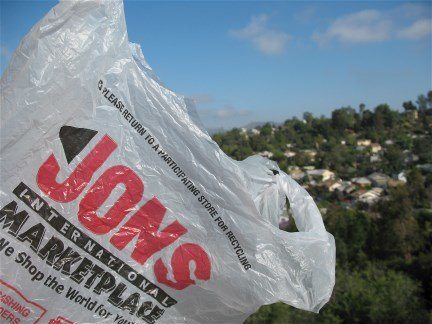 On Tuesday the Los Angeles City Council voted, nearly unanimously, to implement a ban on all single-use plastic bags. Plastic bags have become an eyesore around our neighborhoods, but more importantly, they have been costing the City millions of dollars in clean-up. Despite these efforts, many still wind up in our sewer systems, with all too many flowing to the sea where marine life is harmed and various waterways themselves become polluted.

The ban has been in the works since current Councilmember Ed Reyes introduced the idea nearly 10 years ago. This last year many hearings were held over many months, during which time stakeholders passionately presented the measure’s pros and cons. If it were not for the commitment of Councilmembers José Huizar and Paul Koretz, this ordinance would never have succeeded.

The most significant aspects of this measure are as follows:

At a press conference held immediately after the vote, Councilmembers Huizar, Koretz, Richard Alarcón, and Tom LaBonge thanked all those who were responsible for the motion’s success. Koretz  warned that our society has created a “throw-away culture.” We must respond to his counsel by educating ourselves. Instead of looking at these changes with skepticism, the consumer should cultivate a new perspective that views these changes in a positive light, as transformative and beneficial.

(Rosemary Jenkins is chair of the Northeast Valley Green Alliance.)

Related Topics:plastic bag ban
Up Next