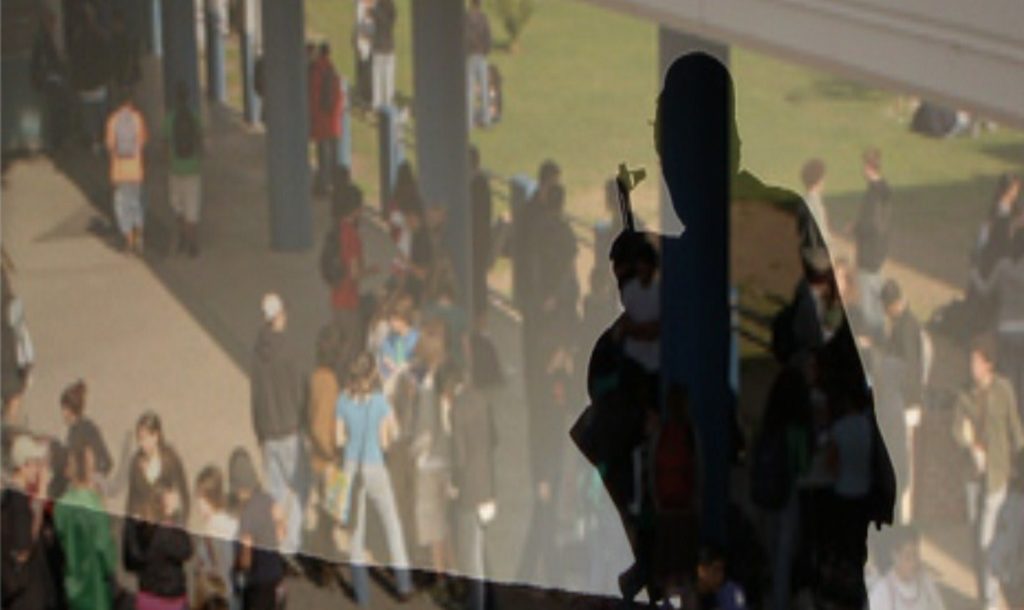 A few years ago, I was pulled over by the police. I’d reported my car stolen some months earlier and they’d never taken that report out of the system after I’d gotten it back. It was a minor error on their part, but it resulted in a fairly scary moment.

I pulled into a parking lot and noticed a police car behind me, lights on. The officer told me to put my hands out of the car, and open the car from the outside, like on television. When I got out, his gun was pointed at me, and I was handcuffed and placed in the backseat of his car. A few minutes later, he brought me my three-year-old son.

My son, understandably, was terrified, and though the officers cleared up the mistake in a few minutes and bought him a toy (a miniature police car) at the toy store we were going to, for months after the incident he was petrified of both police and the process of circling to find a parking place (which is what we were doing at the time).

He’s seven now, and no longer brought to tears by the sight of police, but I still thought of this when I saw this story in today’s paper.

I’m as horrified as anyone by the shootings in Newtown, and like many fathers, I instantly related to the parents of Jack Pinto, the first grader obsessed with sports who loved Victor Cruz, the charismatic receiver for the New York Giants. The story of the brave teacher who hid her kids and was shot in their stead is heartbreaking. My first thought on hearing the story Friday was to get my son out of school that minute. I’ve even had the thought that the school staff at my kid’s school is almost entirely women and somehow less able to stop an intruder. (Not that I’d be much help against someone with a gun.)

None of that is any reason for the LAPD to have its officers spend time each day in our elementary schools. The Los Angeles Times story notes that this will suck resources when said resources are already tight. That’s obvious. Equally obvious is that having officers drive by twice a day will have almost zero effect on safety.

Perhaps less obvious is that having police in your schools is a bit scary. My son won’t be traumatized the way he was four years ago. He’s older, and a quick drop-by is nothing like having a gun pointed randomly at your father. But the idea of constant security is not merely an expensive illusion, it’s a threat. In some countries, officers carry automatic weapons and wear military fatigues. I can tell you I don’t feel safer in those places. Our kids not only won’t be safer with police coming in the schools a couple of times a day, they will feel less safe. Bringing in more guns to more schools is a solution the NRA would certainly endorse, but the sane among us should not.

Yo Yo Yo! AIG's Definitely in the House!