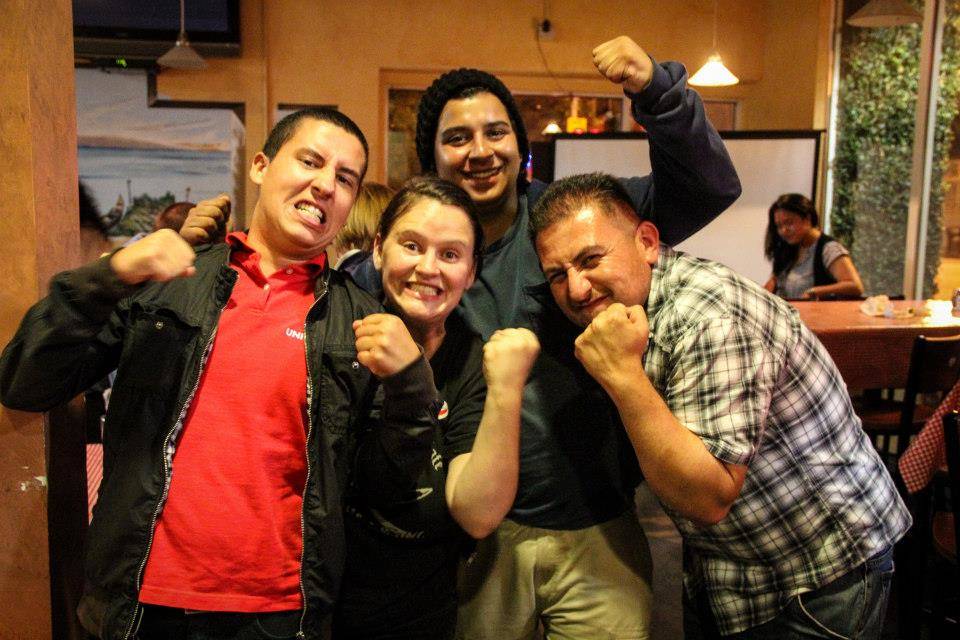 Two thousand workers who clean the rooms and serve the food at hotels in Long Beach, California had special cause for celebration election night. They will finally earn a living wage and be able take a sick day without risking a paycheck or a job.

“I have said all along that the second thing I would do when Measure N passes is take my family off of public assistance,” said Maria Patlan, a 10-year housekeeper in Long Beach’s hotel industry. “But the first thing I will do is a dance of joy.”

Maria and scores of workers like her helped lead the diverse Long Beach coalition that organized for months to pass the ballot initiative that became known as Measure N. It establishes a minimum wage of $13/hr (about $2,000 a month) in Long Beach’s hotels employing 100 or more, guarantees workers can earn five sick days a year and protects their tips.

What does this mean for the economy? Economists project the measure will add about $7 million annually into the local economy, creating and sustaining 85 jobs and generating an estimated $800,000 in tax revenues.

As May Salem, owner of a local small business put it, “If Long Beach workers see a bump in their paycheck, they’ll spend more money in Long Beach stores. Store owners like me will hire more people. That money doesn’t leave the community. It improves it.”

A Better Return on Investment

“This victory is good for Long Beach and will be so helpful for hotel workers, who may even see this increase in time for the holidays,” said Christine Petit, a campaign co-chair and member of the Long Beach Coalition for Good Jobs and a Healthy Economy. “Long Beach residents have supported the hotel industry with our tax money. We didn’t feel like poverty wages were a good return on that investment.”

The measure becomes law 10 days after certification by the Long Beach City Council, which can happen as soon as 28 days after the election.

Roxana Tynan, Executive Director of the Los Angeles Alliance for a New Economy (LAANE), linked this win to the growing movement for paid sick days.  “Connecting to the national network of paid sick days activists has provided critical inspiration, lessons learned and expert technical advice – including research about relative levels of paid sick days in a range of Long Beach industries – that was extremely helpful,” she noted.

Leaders pointed to the broad and diverse coalition that made this victory possible.

“The coalition that has supported this measure is as beautiful and diverse as Long Beach itself,” said Rev. Jerald M. Stinson, Senior Pastor of the First Congregational Church of Long Beach. He was referring to groups that ranged from AnakBayan Los Angeles, Clergy Laity United for Economic Justice (CLUE) South Bay and several unions, to East Yard Communities for Environmental Justice and Khmer Girls in Action (KGA). Supporters included the majority of local elected officials and a long list of individuals, including many small business owners.

“Communities of faith, small business owners, hotel workers, and ordinary Long Beach residents came together to shine a light on the poverty living in the shadows of one of our most critical industries,” Rev. Stinson added. “Measure N will make a big difference for a lot of families who have been working hard but not seeing progress.”

This post first appeared on FamilyValues@Work and is republished with permission.

Who Was Behind the Secret Investigation of LAANE?