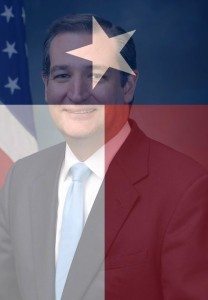 Wigfall was another Lone Star State senator who viscerally hated a president of the other party.

The object of Wigfall’s deep disaffection was Abraham Lincoln, our first Republican president. Wigfall was a rabidly pro-slavery Democrat.

The GOP of “Lincoln and Liberty” is long gone. So is the Democratic Party of secession and slavery.

One could make a pretty fair argument that if Lincoln came back he’d be a Democrat, and Wigfall, a Republican.

Anyway, Wigfall was a leader of the “Fire-Eaters,” a group of fanatical Southern politicians who demonized and tried to delegitimized Lincoln and his anti-slavery “Black Republican” Party while whipping up secession sentiment in Dixie.

Lincoln was elected president in 1860 on a platform that called for stopping the spread of human bondage into the federal territories. White supremacists like Wigfall said Lincoln’s victory, plus Republican control of Congress, meant the slave states had to exit the Union and start their own country where the right of white people to own black people would be protected.

So far, Cruz has only embraced shutting down the federal government over the Affordable Care Act, a major part of the platform which Obama ran on and won last year. He hasn’t proposed Red State secession to get around the law, whose implementation, according to Texas Gov. Rick Perry, “is a criminal act.” Perry has hinted at disunion, but probably just to fire up the Don’t-Mess-With-Texas faithful.

Wigfall and the other Fire-Eaters equated compromise with surrender. So do Cruz and company.

Oh, Wigfall said the South might stay in the Union if the Republicans would cave on their anti-slavery principles. He suggested that amending the constitution to define slaves as property and requiring that runaway slaves “shall be delivered up upon demand” might to do trick. He also wanted guarantees that abolitionists – many of them Republicans – would shut up.

Cruz and the Tea Party neo-Fire-Eaters demand Obama and the Democrats’ unconditional surrender on the Affordable Care Act while they all but pop veins trying to demonize and delegitimize the president and his party.

Cruz hissed that Obama is “the most radical president this nation’s ever seen.” Piling on the Armageddon imagery, he bloviated, “In my judgment, we are facing what I consider to be the epic battle of our generation, quite literally the battle over whether we remain a free market nation.”

In short, Cruz and the teahadists are pulling a Wigfall and straining to overturn last year’s presidential election.

Anyway, Lincoln won again in 1864. The next year, Wigfall and the Confederates lost the Civil War and their slaves. The “Black Republicans” made African Americans citizens and put the ballot in the hands of black men. Cruz and the neo-Fire Eaters are big fans of the GOP’s neo-Jim Crow voter suppression laws which are aimed at taking the ballot out of African American hands.

Related Topics:Ted Cruz
Up Next