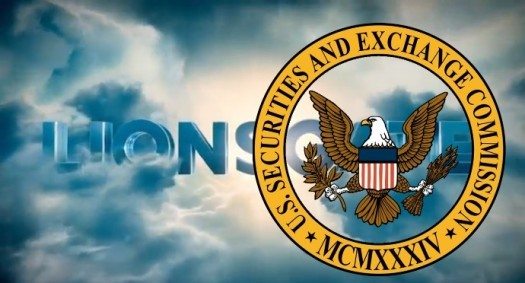 Today is a big day for Lionsgate Entertainment, and we want to help celebrate. That’s why on the occasion of the annual shareholder’s meeting of this hugely successful film company (taking place right now in Toronto), AFM musicians are proud to present a musical tribute to Lionsgate and its executive leadership – a little number we call “Right Here at the Top.”

AFM musicians created the song as part of our efforts to draw attention to Lionsgate’s destructive offshoring of musical scoring work, even as it simultaneously takes millions in tax dollars — moneys intended to enrich our communities. Of course the story told by the CEO in our song may not be exactly the story told by Lionsgate’s executives to their shareholders. But wait –– what’s that? The executives at Lionsgate fail to provide important information to their beloved shareholders?

Well, that wouldn’t surprise the U.S. Securities and Exchange Commission and many of the company’s own shareholders. In fact, the SEC recently issued Lionsgate a whopping $7.5 million fine for failing to disclose some pretty important information to shareholders about its efforts to fight a hostile takeover by billionaire investor Carl Icahn. According to reports, Lionsgate admitted it broke the law and hid critical information from its shareholders. And, as if it wasn’t already an exciting day for the company, today also happens to be the final day for investors to jump on as lead plaintiffs in a series of related class-action lawsuits filed against Lionsgate on behalf of stockholders.

Respect for shareholders, taxpayers and working musicians should go hand in hand. Musicians have borne the brunt of offshoring and have seen a dramatic loss of employment over the past several years, thanks to the drive to undercut industry standards by film and television companies such as Lionsgate. Despite numerous efforts over the past several months to reach out to Lionsgate’s CEO Jon Feltheimer in hopes of discussing this damaging practice, musicians are still waiting.

So we musicians are submitting our very own soundtrack to go along with Lionsgate’s shareholder shindig. We encourage you to crank it up, sing along and share our music far and wide. Let’s all join in and say, Listen up! Lionsgate – it’s time to respect musicians and our communities!

The Picture of Dorian Schwarzenegger