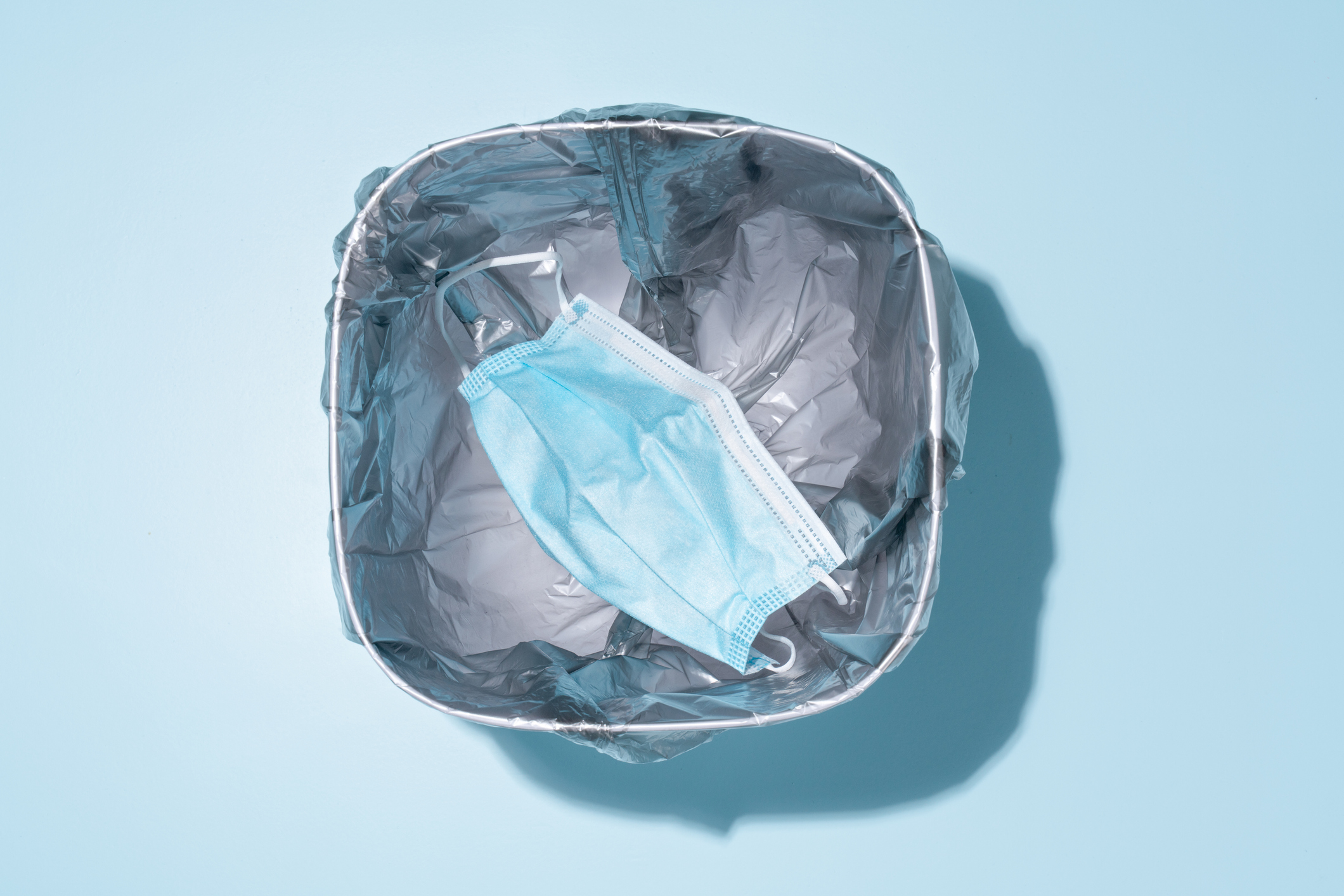 Like almost every attempt by health officials to deal with the constantly shifting COVID-19 pandemic, the decision to once again lift masking restrictions – in California and elsewhere – is strictly a best guess. Informed, yes; based on the latest available evidence and numbers, certainly. But still a guess.

Last May, the federal Centers for Disease Control and Prevention declared that fully vaccinated people didn’t need to wear masks in most settings, as COVID’s numbers were on the wane. Almost on cue, the delta variant took over. Within two months, the CDC had walked back the recommendation.

This recent history lesson may be one reason why people with disabilities, and the groups that support and represent them, are so concerned now. As California and the nation move aggressively toward mask-free policies with COVID numbers in decline, one truth hasn’t changed: People with disabilities and comorbidities remain in danger of suffering the virus’s worst effects.

“When you prioritize the health of the most vulnerable, everyone is protected,” Dr. Dipti Barot, an immunocompromised physician in the Bay Area, wrote in the San Francisco Chronicle. “We should be the measuring stick, not the collateral damage.”

Instead, policies like relaxed mask restrictions, broad public reopening and shortened quarantine or isolation time for those who contract the virus put the most vulnerable at increased risk. And with California still churning out a seven-day average of more than 13,000 new cases per day, the fact that COVID numbers are declining does not mean the state has left that reality behind.

People subject to the most severe of those risks weren’t comforted by the January comments of CDC Director Dr. Rochelle Walensky, even if Walensky’s answer to a question on ABC’s “Good Morning America ” was literally taken out of context.

Asked about a recent study on vaccine effectiveness, Walensky noted that in a survey of 1.2 million Americans who had been vaccinated, severe disease occurred in only 0.015% of them, with deaths in just 0.003%. “The overwhelming number of deaths, 75%, occurred in people who had at least four comorbidities,” the CDC director added. “So really, these are people who were unwell to begin with. And yes, really encouraging news in the context of omicron.”

When ABC edited the interview before airing, it failed to include anything about the parameters of the study, including the fact that all the participants had been vaccinated. Thus, Walensky’s answer appeared to declare that 75% of COVID deaths in the U.S. have occurred among people with at least four preexisting conditions. COVID-denying news organizations and social media accounts seized upon that as proof that the pandemic was being overstated. Subsequent clarifications have done little to erase the damage.

Tens of millions more have at least one underlying condition that makes them vulnerable to a worse COVID outcome, one reason vaccination is so critical.

Among those with disabilities and comorbidities, though, it was the suggestion that they were somehow a negligible concern that set off alarms. Nearly 150 disability advocacy groups signed a letter decrying Walensky’s comments and demanding that the CDC factor in the impacts on those most at risk when it determines COVID-19 guidance.

“People with four or more comorbidities are people with disabilities,” the letter said. “[They] are also disproportionately Black people, Indigenous people, Latina/o/x and other people of color, poor people, older people and people who experience intersecting forms of oppression and marginalization that create barriers to quality health care, stable housing and more.…The public health response to COVID-19 has treated people with disabilities as disposable.”

Walensky met with several disability advocacy groups to apologize for what the CDC described as “hurtful, yet unintentional” comments. But her casual dismissal of the serious illnesses and deaths attributed to compromised patients underscored a concern that is coming back around as states like California lift mask restrictions in most public settings.

As researchers at the Yale University School of Medicine have noted, the term “immunocompromised” takes in a lot of territory. It includes more than 7 million American adults, for whom the virus is more deadly — and vaccines less effective — because of a disease, medication or other treatment that has weakened their body’s immune system. Tens of millions more have at least one underlying condition that makes them vulnerable to a worse COVID outcome, one reason vaccination is so critical.

More broadly, in the U.S. for-profit health system, lower income neighborhoods tend to have higher rates of preexisting conditions due to poor access to health care or lack of insurance altogether. That’s one reason why Black Californians have accounted for 6.9% of the state’s deaths despite making up only 6% of its population. For Latinos, the numbers are even starker: They constitute 38.9% of the state’s residents but 44.5% of its COVID-related deaths.

The pandemic has done nothing but drive socioeconomic and medical disparities deeper. Those with comorbidities and the immunocompromised continue to face real disability as the virus moves through the state and the country. But when it comes to public health policy, Walensky was probably closer to the truth than she’d care to admit: They are the collateral, not the measuring stick.

On a ‘Date With Destiny,’ California Weighs Ending Mask Restrictions