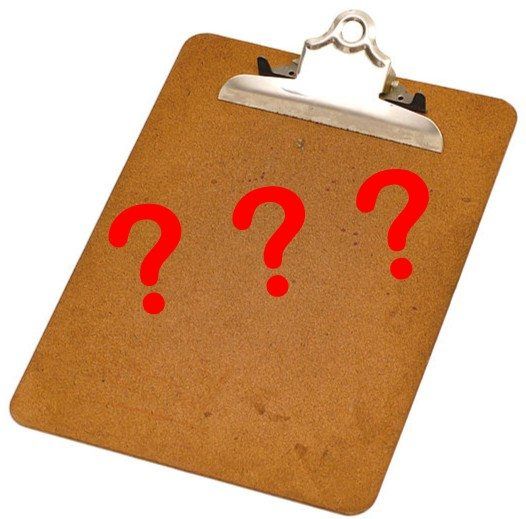 This past Monday, I drove to Long Beach to participate in the Living Wage Campaign. A large group of us met up at the North Long Beach Christian Church at 2 p.m. I was nervous, the way I used to get on the first day of school. There were a bunch of kids I didn’t know and some of them were smoking in the parking lot — I was the new guy, unsure and walking around aimlessly.

The Long Beach Coalition for Good Jobs and a Healthy Community has been in a fight to get its hotel workers out of poverty wages. The organization is attempting to get an initiative on the November ballot that would require hotels with more than 100 rooms to pay their workers $13 an hour and give them five mandatory paid sick days per year.

Of course an initiative like this requires lots and lots of signatures from registered voters, which is where a guy like me comes in. I’ve held some pretty odd jobs in my life. I’ve sold comedy tickets on the streets of New York. I’ve been a telemarketer. I’ve been an assistant to an undercover detective (don’t ask), but this was my first time canvassing.

Ah, canvassing. You know — walking around in residential neighborhoods with a clipboard, ringing people’s doorbells and trying to explain that I wasn’t a Jehovah’s Witness, I wasn’t a salesman and I certainly wasn’t a Girl Scout. I just wanted them to sign something…

As a general rule I don’t seek out conflict situations or go about searching for jobs that could make me as uncomfortable as possible, but a fair living wage for hotel workers is important to me. I’m a hotel worker in Los Angeles. My heart is with this campaign and with the workers in Long Beach. I know what it’s like when a huge corporation says it can’t afford to pay its workers a dollar more, yet continues to open more and more hotels overseas. I know what it’s like to struggle to pay the rent while the CEO of a major hotel company makes over $6 million a year.

More important is the fact that Long Beach hotels are actually subsidized to the tune of $114 million by the taxpayer so that a hotel will bring in more jobs. But the truth of the matter is that many of these underpaid workers are actually on welfare, which is a double whammy for your average taxpayer. A living wage would help keep many of these families off welfare, which would relieve the burden on taxpayers. It would also be a win for the worker because hotel owners would be forced to pay their fair share.

After our pre-shift meeting I had a few quick introductions and then drove out to our location. I partnered up with a canvasser named Shayna, who is a Long Beach resident . She hated walking in the wealthy neighborhoods and frowned at her clipboard when she discovered our route.

“I’d rather be in the ghetto.” She said. “People over there at least take the time to listen to you.”

We walked around for an hour knocking on door after door. It was early afternoon and most people weren’t home or, in a couple of cases, they pretended to not be home. I hate to admit it, but I’ve done the same thing before, but I at least pretended to not be home a lot better than these people did. Who seriously doesn’t answer the door yet lumbers through the house like an elephant? Maybe it was Karma. Fitting, I suppose.

After an hour an organizer from UNITE HERE Local 11 came by to give me proper training in how to approach people. His name was Dan. I was glad to have him present because the intro that I had prepared for residents was not working.

“Hey, can I have a moment of your time?” turned out to be a natural prelude to a lot of doors being slammed in my face.

Dan is from Wisconsin, which has seen its share of labor-related electoral battles recently, so he was naturally primed for battle. He’s got a real finesse with people in confrontational situations. I witnessed him turn a stern “No” to an optimistic “Yes” very quickly.

He even seduced a Republican into signing the petition, which to me was nothing short of miraculous. He led the white-haired man with simple statements. No questions. Questions are like handing the microphone to a heckler in a comedy club. There was simply no room for the Republican to speak, only to listen. Dan spoke to the point and then handed him the clipboard to sign as if his signature was a foregone conclusion. Pure confidence.

On the other hand, I had pure anxiety knocking on any door with the letter “R” marked on my clipboard for party affiliation. Republicans and guns have always been closely linked together in my mind, and I was simply terrified of how I might be greeted.

And then there was the irony of a sour-faced young man who didn’t want to sign the petition because he thought we were “right-wing nut jobs.”

“Actually, we’re left-wing nut jobs,” I told him, trying to clear up any confusion. Dan followed with more credible information on our mission and the man was soon signing away.

It was clear that Dan had been working long hours. It was evidenced by the beard that most likely had begun as a five o’clock shadow in the prior month, and by the dark bags that were creeping in under his eyes — but he simply did not give up. If front gates were locked he went around to the back. If back gates were locked he rang buzzers to individual apartments and knocked without hesitation on doors.

At one moment in the day he bit his lip and studied an impenetrable wrought iron gate in front of us.  I halfway wondered if he was going to turn into a ninja and do a backflip over the top of it.

“We’ve got thousands of signatures to get before we can get this on the ballot in November.” He reminded me.

He didn’t answer. Dan was already talking with another resident and well on his way to getting another signature.

I’ve got a lot to learn.