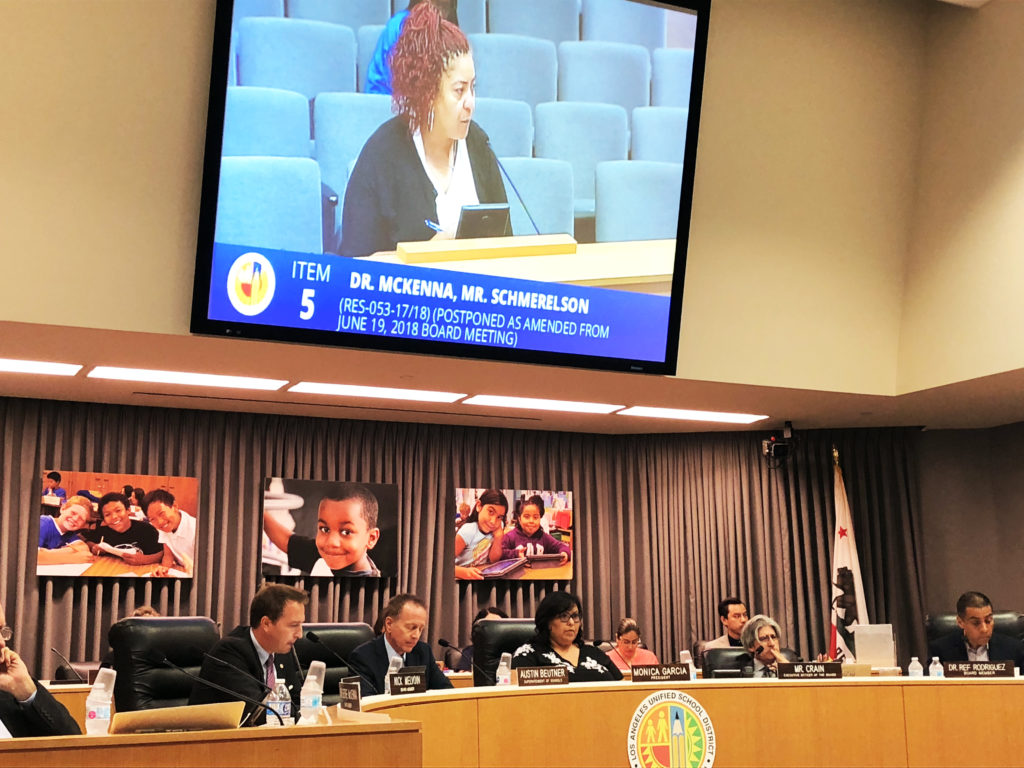 Editor’s Note: Today Capital & Main’s education reporter, Bill Raden, begins a new weekly column covering the contentious, ever-changing landscape of California’s education system. A staccato-paced selection of news items, profiles and dish, “Learning Curves” will report on everything from charter school controversies in K-12 schools to the skyrocketing costs of attending college. Other issues will include school funding, equity, and the intersection of education and inequality.

One measure of the cost to California from privatization came out in May. Breaking Point: The Cost of Charter Schools for Public School Districts compared the current school budgets in Oakland, San Diego and San Jose — three of the state’s most chartered-up and financially stressed school districts — with a hypothetical alternative in which all students remained enrolled in traditional public schools. The difference, parsed by the state’s Local Control Funding Formulas, became the privatization price tag. The $57.3 million calculated for Oakland Unified, which claims the state’s highest percentage of charter enrollment, made up both its 2017 shortfall and paid off the $40 million still owed to California from its $100 million bailout and state takeover in 2003.

“[California] is near the bottom of the country when it comes to accountability and transparency,” researcher Carol Burris explained to Learning Curves. “California is one of only four states that allow for-profit charters, and even its non-profit charters can be run by for-profit corporations. … It is the Wild West for those who wish to make a profit off kids using public dollars.”

If so, the Tombstone in that Wild West is Los Angeles Unified, the nation’s largest charter school district in sheer enrollment, presided over by a pro-charter school board majority and its newly handpicked, no-experience-required superintendent, the Wall Street financier Austin Beutner. One vote taken at Tuesday’s board meeting turned into an OK Corral moment.

The Los Angeles global law firm Latham & Watkins won a conflict-of-interest waiver vote to do “realignment” work for the superintendent, thanks in part to an ethics nod by pro-charter District 5 board member Ref Rodriguez. The firm has frequently sued the district for millions on behalf of the California Charter School Association (CCSA), while Rodriguez has been under the cloud of three felony charges and 25 misdemeanor counts related to alleged money laundering from his 2015 election.

Ref also helped shoot down a CCSA-opposed local parcel tax measure proposal on Tuesday. Aimed for the November ballot and designed to take a significant bite — and much of the anticipated classroom sting — out of a $482.2 million shortfall projected for 2020-2021, the tax had already polled at an extraordinary 68 percent approval rating with voters.

“This is urgent now. If you wait, it may never happen,” former board president Jackie Goldberg exhorted after Beutner argued for putting it on the 2020 ballot instead.

The no vote may have had less to do with election timing than it did with “Hard Choices,” the financial restructuring blueprint released in June by a blue-ribbon task force chaired by none other than Austin Beutner. That report targeted district employees’ compensation, pensions and health care for “realignment,” but its presumptive sense of urgency would definitely not be served by a parcel tax rescue.

Meanwhile, United Teachers Los Angeles, which has been without a contract for over a year, last week singled out the task force report when it formally filed an impasse with the California Public Employment Relations Board. (The union later agreed to return to the bargaining table July 24.) Stay tuned.