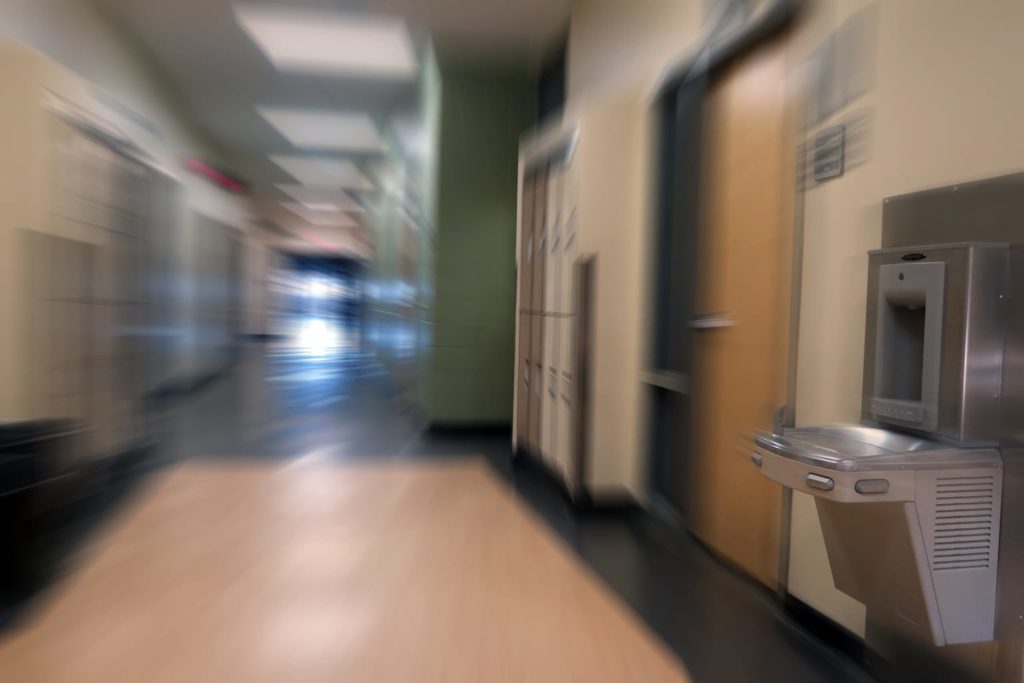 Two years ago Assembly Bill 746 required all California K-12 public schools built before 2010 to test for lead in drinking fountains and faucets by July 1, 2019. So far, 1,256 of 7,188 schools tested by the California State Water Resources Control Board (17 percent) have reported levels of lead that exceed five parts per billion (ppb). The American Academy of Pediatrics recommends that lead in school drinking fountains not exceed 1 ppb, whereas the Centers for Disease Control and Prevention says there is no blood lead level for children that can be considered safe.

The state, however, only requires schools to take action – including notifying parents, shutting down dangerous fountains and conducting more testing – if lead levels exceed 15 ppb. Schools that do detect levels of lead above 15 ppb must take follow-up samples from the place at which the school’s plumbing connects to the community water supply to identify whether tainted water is reaching the school from the outside. As of mid June, 268 California schools reported lead levels above 15 ppb, according to the Water Resources Control Board.

AB 746 builds upon 2017 permit amendments, issued by the state’s Division of Drinking Water, that give all California schools (public, private and charter) the right to request testing from their local water systems of up to five samples, and to receive repeat tests to confirm the effectiveness of any steps taken to lower lead levels.

The presence of lead at so many schools is particularly alarming because lead is especially toxic to children, even at low levels. “Lower levels of lead have the potential to cause significant effects on children’s brain development, on their attention levels, on behavior and on their ability to learn,” said Susan Little of the Environmental Working Group, an advocacy organization focused on health and the environment.

According to Little, “The older the school, the more apt it is to have leaded fixtures and possibly leaded plumbing.” Little also pointed out that levels of lead exposure once thought to be safe are now considered dangerous. That is why schools built after 2010 are exempt from recent rounds of testing.

There may also be more contamination than the testing reveals. “We’re concerned that this data shows us we don’t really know how big the problem is, because . . . they aren’t testing every single faucet,” said Little. “There was no minimum, we only asked that the samples were representative of what students typically drink. On average, schools tested five fixtures,” said Beti Girma of the Water Resources Control Board in an email.

The California Department of Education requires one drinking fountain for every 150 students, meaning any school with an enrollment of over 750 students would need more than five tests to determine the safety of each fountain and faucet. “If you’re not testing every faucet, you’re potentially missing additional sources of lead contamination,” said Little.

However, pending laws may shed light on the severity of the problem. Assembly Bill 48, which could appear on the March 2020 ballot, would authorize bonds for school site modernization projects, including testing for lead. Unlike AB 746, the bill’s current language states that all districts receiving funding would be required to test every faucet and fountain on campus, except those built or tested after 2010. “There are efforts to try to close these gaps,” said Little.

Related Topics:Featuredlead contamination
Up Next