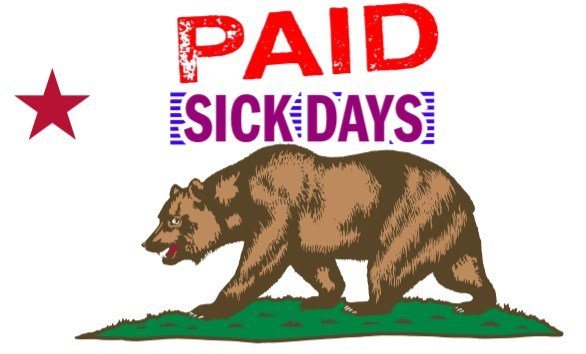 “AB 1522 is transformative,” the bill’s author, Assemblywoman Lorena Gonzalez (D-San Diego), told Capital & Main. Gonzalez, who chairs the Assembly’s Select Committee on Women in the Workplace, added: “If you look back in history California has always led the way in furthering workers’ rights, from the minimum wage to an eight-hour workday.”

Before Governor Brown signed AB 1522, about 39 percent of the state’s labor force earned no paid sick leave benefits. As a result many workers faced two undesirable options when ill: Stay home and lose pay, or show up to work and expose others, while lengthening the sick worker’s return to wellness.

“This bill will make sure that workers are not forced to choose between caring for their health and providing for their family,” said Assemblyman Marc Levine (D-San Rafael), the measure’s principal co-author.

Political action in support of paid sick for uncovered Californians began gaining traction at the local level in 2006, when San Francisco voters passed Proposition F, the nation’s first law requiring employers to provide their employees with paid sick leave. Gonzalez’s bill was the fourth statewide attempt since 2008 to win paid sick leave for California workers who didn’t already enjoy the benefit. Assemblywomen Nancy Skinner (D-Berkeley) and Fiona Ma (D-San Francisco) co-authored AB 1000 in 2009 to provide paid sick leave to workers outside of collective bargaining agreements. Their bill never made it out of the Assembly to then-Governor Arnold Schwarzenegger’s desk.

“Sick pay is good for everyone,” Assemblywoman Skinner said in an email to Capital & Main. “It protects the public and helps families care for their loved ones. Governor Brown did the right thing and now Congress must act and make this a national guarantee.”

“There are a lot of different ways that people have approached the paid sick leave standard,” Assemblywoman Gonzalez said, “and we have studied all of them. We wanted to follow the pattern of the state minimum wage that rises over the years.”

The new measure surpasses the paid sick leave law enacted in Connecticut – which, until AB 1522’s passage, had been the only state to offer its workers paid sick leave. For example, mandatory paid sick leave remains unavailable for Connecticut workers who labor at nonprofits and private-sector firms with fewer than 50 employees.

“That setback was very tough,” Gonzalez said of the political compromise. “[Especially] for me, having worked for years in organized labor.” (Gonzalez was both the first nonwhite and the first female to head the San Diego and Imperial Counties Labor Council, AFL-CIO.)

State-mandated paid sick leave bills are now being deliberated in Colorado, Illinois, Maryland, Massachusetts and Vermont. Business groups in those states and elsewhere do not welcome such legislation. In fact, AB 1522 faced fierce opposition from the California Chamber of Commerce, earning a place on its “job killer” bill list. According to the group’s website, the paid sick leave bill “will increase business costs and impose new liabilities on innocent businesses.”

Currently, Assemblywoman Gonzalez seeks to build a national critical mass, state by state, for expanding paid sick leave to all employees. “It’s hopeful for us to continue to build on what we have achieved,” she said.