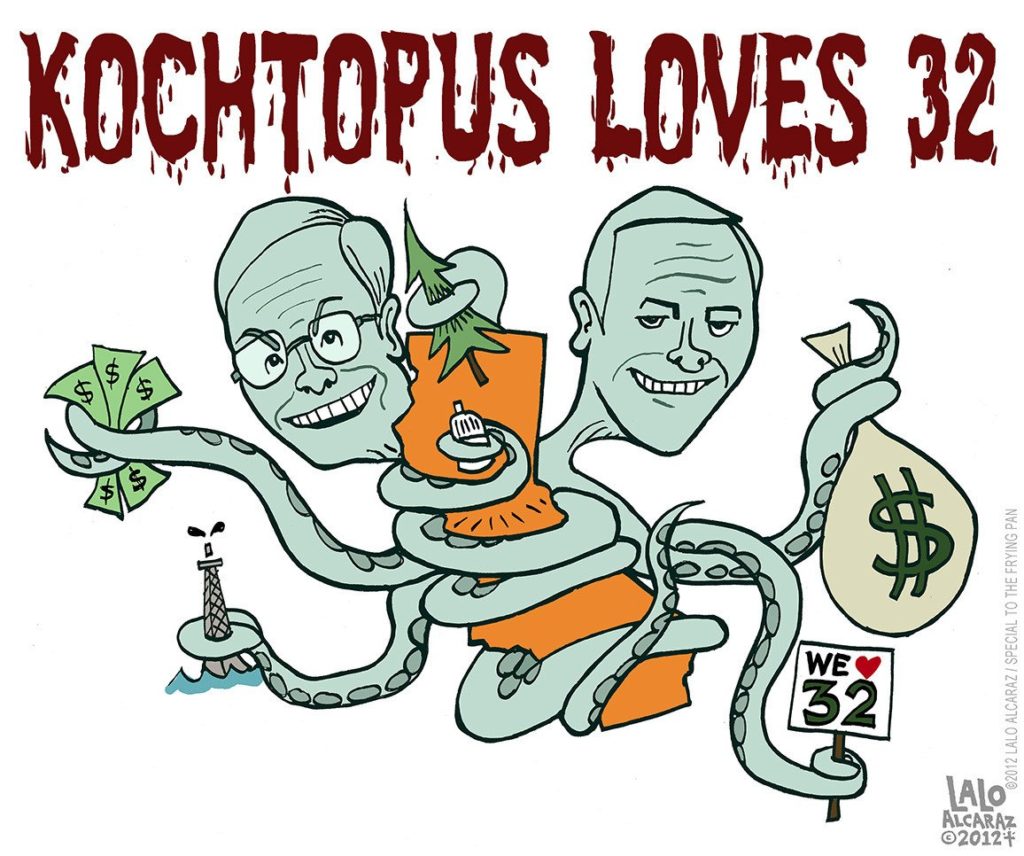 It should serve as more than mere cold comfort that Charles and David Koch – the oil billionaires with a desire to remake America according to their own Dickensian vision of society –  are about to be fined $1 million by California’s Fair Political Practices Commission. Today’s Los Angeles Times reports that a pair of the brothers’ political money funnels, Americans for Responsible Leadership  and the Center to Protect Patient Rights, unlawfully directed $11 million to a campaign account set up to defeat Proposition 30 and promote Proposition 32 in 2012.

The first proposition, which aimed to raise tax dollars for public education, passed; the latter measure, intended to cripple the ability of public employee unions to participate in politics, didn’t.

Frying Pan News readers will remember how writers Matthew Fleischer and Bill Raden exposed the role of the out-of-state Brothers Koch and their moneyed front groups in the 2012 campaign. Considering that the Kochs, now facing a potential $100 billion windfall from the Keystone Pipeline, each earn about $3 million an hour, a $1 million fine is barely a slap on their cufflinks. Still, it’s the thought that counts.