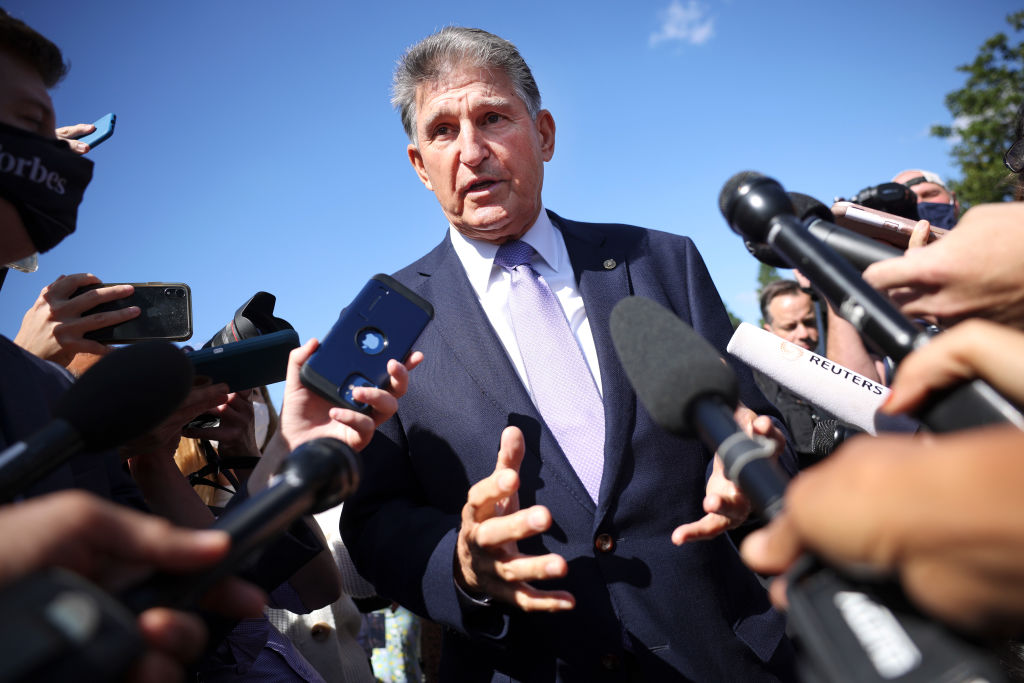 Several of the leading Democrats in Congress who have stood in the way of President Biden’s $3.5 trillion budget package, which includes popular provisions widely expected to help working-class Americans, have taken that stance despite representing districts that have some of the highest rates of poverty and income inequality in the country.

The lawmakers, including Sen. Joe Manchin (West Virginia) and Rep. Henry Cuellar (Texas), are resisting a progressive agenda due to their own moderate instincts and strategy for political survival. They initially refused to consider the package until after an infrastructure bill is passed but are now negotiating with the White House over its size — critical of its $3.5 trillion price tag as well as some of its measures, such as raising the corporate tax rate above 25% and certain climate provisions that impact the fossil fuel industry.

In an Aug. 22 op-ed in the Washington Post, nine House Democratic centrists (Carolyn Bourdeaux, Ed Case, Jim Costa, Cuellar, Jared Golden, Vicente Gonzalez, Josh Gottheimer, Kurt Schrader and Filemon Vela) stated that when they ran for office in their districts, “We promised our constituents that we would work across the aisle to solve their problems responsibly; that we would focus on bringing back jobs, building our economy, investing in infrastructure and tackling existential threats such as climate change.”

Biden’s budget proposal includes provisions — such as universal preschool, paid family leave, expansion of Medicare and tax increases for the wealthy and corporations — that are favored by most Americans and are expected to reduce poverty and income inequality. In a speech on Sept. 16 touting the proposal, Biden said: “The data is absolutely clear: Over the past 40 years, the wealthy have gotten wealthier, and too many corporations have lost their sense of responsibility to their workers, their communities and the country. …If you can make a million or a billion dollars, that’s great, but all I ask is that you pay your fair share, and that’s not happening.”

“Our representatives don’t have our backs. My senator gets up there and says he’s speaking for his constituents. Well, I’m one of his constituents and he’s not looking out for us.”

Manchin and Cuellar represent districts that have some of the highest rates of poverty and income inequality in the country. In Manchin’s West Virginia, 16% of residents lived in poverty in 2019, making it the state with the sixth highest rate of poverty in the country. In addition, almost a third (29%) of children in the state lived in a family that is “either not getting enough to eat or is behind on housing payments.” In 2020, the state’s poverty rate declined due to the government’s COVID-related relief programs.

“I’ve struggled my whole life, working minimum-wage jobs, and people in my neighborhood have a hard time keeping the lights on,” says Pamela Garrison, a retired nurse in Fayette County, one of the poorest in the state. “But our representatives don’t have our backs. My senator gets up there and says he’s speaking for his constituents. Well, I’m one of his constituents and he’s not looking out for us.”

Garrison, whose husband and father were coal miners in the state, says she and her neighbors are desperate for investment in their communities.

“We lost our main industry — coal — in the 1980s, and since then no new jobs have come in. All we have are minimum-wage service jobs,” she fumes. “Biden’s budget invests in us to have jobs, for women to have child care so they can go out in the workforce, invests in the new climate technology that we need.”

Manchin’s resistance to some of the Biden plan’s clean-energy proposals may be linked to his own financial ties to the coal industry. According to The Intercept, he has personally grossed more than $4.5 million from coal companies the senator founded in the 1980s.

During the month of August, when debate over the budget dominated the headlines, Manchin and Cuellar accepted campaign donations from major corporations whose executives belong to the Business Roundtable and the National Association of Manufacturers, which both oppose the reconciliation package, according to watchdog group Accountable US.

Cuellar, who has defended Manchin’s demand for a much lower budget, represents a district with high rates of poverty and inequality. He’s facing political headwinds in his traditionally blue district, which Biden won by only 4 percentage points in 2020, and is being targeted by the National Republican Congressional Committee with an eye toward flipping his seat in the 2022 midterms.

In Cuellar’s district is the city of Laredo, where 26.7% of the residents are poor. As of 2018, Laredo had the highest concentrated poverty rate in all of Texas.

The poverty rate in Rep. Henry Cuellar’s district is 23.8%, more than twice the national average.

“It’s been a tough time,” says Ricky Quijano, who works for the county to help veterans with their disability claims. “Some of these vets are dealing with Agent Orange from Vietnam, and now some have respiratory issues from the burn pits in Iraq. We’re one of the poorest counties and we get help from the state and the feds — but there’s always room for more.”

Overall, Cuellar’s district is ranked 386th out of the country’s 436 congressional districts for its gender wage gap — women earn on average 74 cents for every dollar earned by men. The poverty rate in the district, 23.8%, was more than twice as high as the national average of 10.5% as of 2019.

The disconnect between these lawmakers’ positions and their constituents’ needs was highlighted by Rahna Epting, the executive director of MoveOn. In a statement emailed to Capital & Main, she wrote:

“Many of these Members represent districts that have higher poverty and inequality that would be helped by President Biden’s Build Back Better proposals on infrastructure, care, climate and citizenship. And if you look at polling in key House districts, people support all of the proposals in Build Back Better — including paying for it by having the rich and big corporations pay their fair share in taxes — and that includes a good amount of Republicans.

“So if you look at what’s happening in their districts, and what their constituents are saying, we’re left with two questions. What special interests or donors are they looking out for when they say they want to cut the bill? And what are the specific programs they want to cut?”

None of the congressmembers’ representatives returned requests for comment.