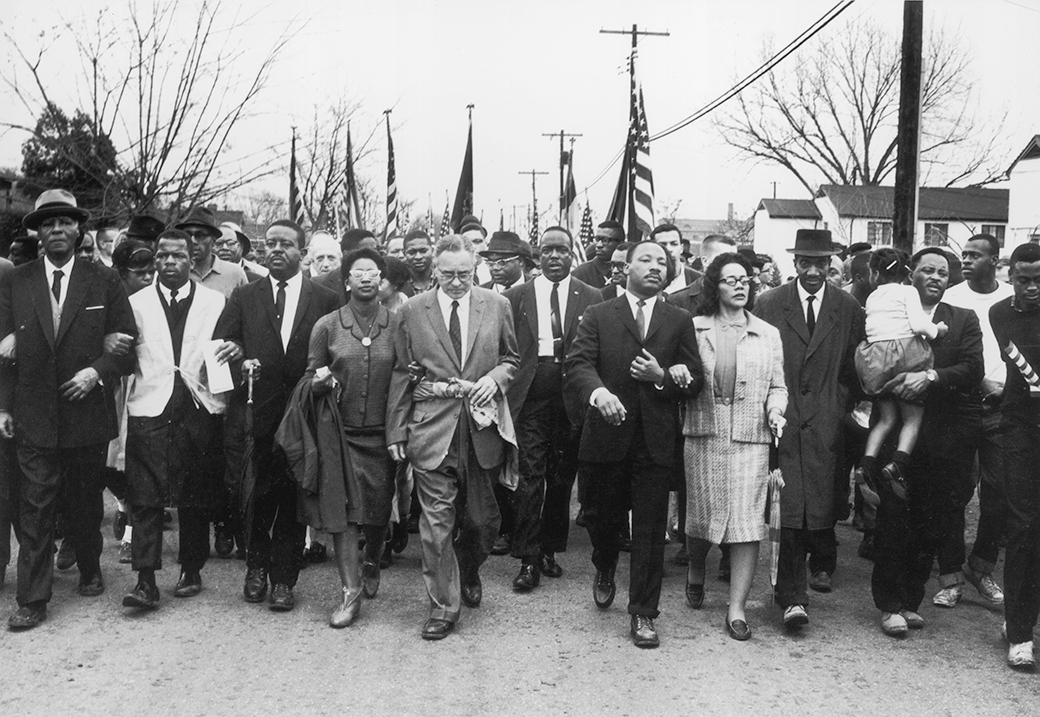 As our nation celebrates the life of congressman and activist John Lewis, we’re also celebrating the philosophy and practice of nonviolence. So much of what is loved about Lewis – his optimism, courage, respect for others, focus on justice and ability to “reach across the aisle” – was an outgrowth of his belief in the philosophy and practice of nonviolence.

But what is it exactly, and why does a person committed to nonviolence generate the love and respect accorded to Lewis? Can nonviolence really help to heal this broken world?

Like many 1960s activists, I was first introduced to the discipline of nonviolence in preparation for demonstrations against housing and employment discrimination. These were large actions against the status quo, but no threats, catcalls or insults were to escape our lips. We were instructed to focus on the injustice we wanted to end and recruit others to our side. We had to be ready to go to jail, if necessary, to make our point. The contrast between our goals and the punishment we received for protesting discrimination, we learned, could shame companies and lawmakers to reform. Carried out in the American South, these tactics could, and did, lead to beatings like Lewis experienced and sometimes death for civil rights workers and local leaders.

But nonviolence is more than a discipline for public demonstrations. As I see it, it’s a philosophy that informs one’s day to day life. It involves a faith in human goodness; a belief that justice will ultimately prevail; and a strategy for winning fundamental change.

The Martin Luther King Jr. Center for Nonviolent Social Change lays out six major principles of nonviolence, which can be summarized as courage, community, defeating injustice, the transformative power of suffering, love, and faith in a just universe. The principle that speaks most strongly to me as a community organizer is that nonviolence seeks to win friendship and understanding.

We live in a democratic society, and making fundamental change in our nation requires building mass movements for reform.

We live in a democratic society, with its many imperfections, and making fundamental change in our nation requires building mass movements for reform. These movements then gain traction and power by challenging political, economic and social institutions. This movement building can only be done when we welcome allies and supporters to join in the struggle and find commonality with others. Demonizing opponents assures that they’ll never cross over to your side, while demanding that allies agree on all issues before building trust shrinks your base and therefore your influence.

I have found that the relationships forged by working together on social justice goals have been among the most meaningful ones in my life experience. As the King Center says, “The purpose of nonviolence is the creation of the Beloved Community.”

The most liberating guideline of the nonviolent approach is its aim to defeat injustice, not people. If we believe that people can learn and change, then our actions can have an impact, and we needn’t descend into hopelessness and passivity in the face of injustice. The responsibility is on us to effectively educate and inspire even our opponents. How we do that is the central challenge for practitioners of nonviolence. But in no case are we simply passive onlookers.

This optimistic goal of converting others to your cause through your exemplary behavior is sometimes referred to critically as respectability politics. I remember when I was young deriding people who dressed up for demonstrations rather than wearing their jeans and tie-dyed shirts. But if each demonstration, public hearing and press conference is an opportunity for recruiting new allies, how one acts, talks and dresses can either expand or limit whom you reach.

As a belief system, nonviolence is based on the conviction that, as MLK said, “The arc of the moral universe is long, but it bends towards justice.”

As a belief system, nonviolence is based on the conviction that, as MLK said, “The arc of the moral universe is long, but it bends towards justice.” It is that abiding faith in the ultimate triumph of moral justice, combined with the belief that people can change, that leads a nonviolence practitioner like John Lewis to treat each individual with love and respect, even those who are temporary (or permanent) opponents.

Perhaps most difficult for many activists is embracing the belief that suffering for a morally righteous cause can educate and transform the participant, opponents and society at large. This effect was seen clearly after the brutality unleashed against people standing up for voting rights, buying a cup of coffee in a segregated town or taking a bus seat designated “whites only” during the Southern civil rights movement. It can also be seen today with the nationwide outrage following the gassing and beating of demonstrators protesting police violence.

The different and often more extreme suffering and deaths experienced by Black Americans simply living their lives like George Floyd, Breonna Taylor and numerous others have had a transformative impact on America’s understanding of rampant police violence against people of color. These atrocities happen, and continue to happen, without the participants’ agreement. And maybe in part because of the random nature of this violence against our own citizens, Black Lives Matter has inspired the largest and most diverse nonviolent movement in our country’s recent history.

Sustaining that activism throughout one’s life, as John Lewis did, is what’s needed for our country to move beyond its embedded racism. The philosophy and practice of nonviolent resistance is a belief system well worth exploring for those who seek to make the pursuit of social justice a lifelong commitment.

Nagler, Michael N. The Search for a Nonviolent Future: A Promise of Peace for Ourselves, Our Families, and Our World. Novato, CA: New World, 2004.