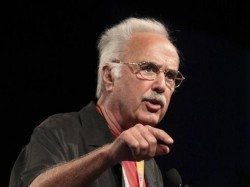 The fight over California’s enterprise zone program continued last Friday when John Burton, chairman of the California Democratic Party, proposed a measure for the November 2014 ballot which would give voters the power to eliminate the zones.

This proposal echoes concerns contained in Frying Pan News reporter Gary Cohn’s exposé of the rampant exploitation of the enterprise zone program. These zones are intended to foster the creation of jobs in economically distressed areas of the state by providing financial incentives to companies to move to those areas. However, a study by the non-partisan Public Policy Institute of California found that “enterprise zones have no statistically significant effect on either business creation or employment growth rates.”

Burton is not the only high-profile California Democrat to come out against the zones — Governor Jerry Brown is staunchly in favor of dismantling them as well. However, Governor Brown’s proposal is more moderate than Burton’s, and suggests that the $700 million currently spent on the program instead be used for another, more effective job-creation program.

Raising the Minimum Wage for the Most Good