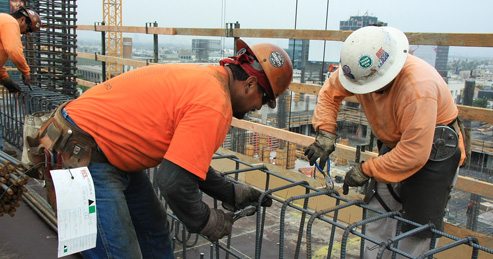 As Told to The Frying Pan

I’ve been an electrician since 1999. I’ve worked on many kinds of jobs, the most rewarding being a few schools I helped build from the ground up. But those jobs are rare these days. These are the toughest times I’ve seen, and it doesn’t look like it’s about to let up.

The recession has hit construction so hard we can hardly believe it. In the last few years, I’ve only worked about four months out of the year. I’m on the list at the union hall. There used to be enough work to keep most of us busy, but now when a job opens up there are about 80 people on the books ready to take it. I think I’m number 82, so I’m not expecting a project to come through for quite a while.

Four months a year isn’t enough to get by on. My family is facing foreclosure. I’m trying to get my loan modified, but I can’t qualify for a modification without steady work – and that’s my problem in the first place. If we are foreclosed on, my daughter and my three- and six-year-old grandkids could be out on the street with me. It’s a scary time for us.

I’m far from alone. There are hundreds of thousands of people like myself – skilled, but unemployed or underemployed.

That’s why today was so special. The Metropolitan Transit Authority Board passed a Construction Careers Policy. There are a lot of projects coming up for Metro in the future. What this policy will do is make sure that those projects create good jobs – the kind we need to support our families. A certain number of jobs will be targeted to people who live in communities with high unemployment and others hit hard by the recession.

At today’s Metro hearing, Mayor Villaraigosa, Supervisor Ridley-Thomas and the rest of the Board listened to us and then led the way. When the vote came in at 11-1, for the first time in a long time I felt a sense of hope.