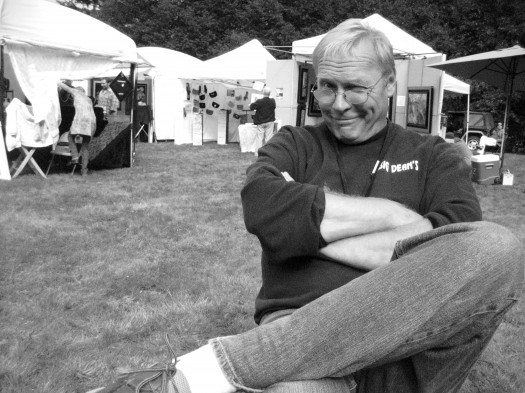 When I saw the subject line, “sad, sad news,” this past Monday from fellow mystery writer Reed Farrel Coleman, I figured it was to alert us in the mystery community of the passing of one of our elderly members. It damn near knocked me to the floor when I opened the email to read of the sudden passing of Jeff Fisher, the illustrator Reed first introduced me to several years ago — Jeff who played basketball and was my age.

Jeff had been doing the illustrations for “The Dixon Family Chronicles” webserial here on Capital & Main until his untimely death. He was a tall, gregarious guy and when we met that only time he was out here on the West Coast, we immediately hit it off.

Jeff struck me as a man who loved life and observed it to inform the drawings and illustrations he’d do – capturing those quirks of human expression and body language. He had an old school style like that of Brian Sanders or Robert McGinnis that I took an immediate liking to. Jeff was a consummate craftsman who’d done book covers, magazine illustrations and advertisements among his other accomplishments. I’d worked with him before Dixons on some interior illos he did for an anthology I co-edited, The Darker Mask, and we’d worked on a couple of other projects that, sadly, now will not see the light of day.

He was a true pro. Going to miss you, man.