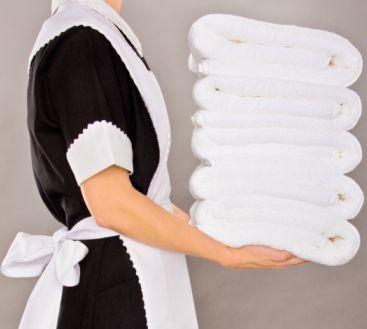 You will probably never meet Norma Bravilla, and if you did you would never know that this single mother is part of the backbone of L.A.’s economy.

A room attendant at downtown’s Luxe City Center, Bravilla is one of thousands of workers in the city’s largest industry, a sector that generates hundreds of millions of dollars in revenues every year. Her job is to give guests the most enjoyable experience possible by making the beds, cleaning the floors and polishing every piece of glass until it shines. If she does her job well, guests are happy and the hotel industry – as well as the local economy – benefits.

But the people who do this grueling work too often are not rewarded for it. More than 40 percent of L.A. hospitality workers are poor, unable to pay for basic necessities like rent and food.

What that means is that we are not taking care of the women and men who help take of our city and its guests. This was the message that dozens of hotel workers and community leaders took to City Hall on August 13 as part of a new effort called Destination LA, which seeks to strengthen L.A.’s economy and tourism industry by improving the quality of its hotel jobs.

Bravilla is one of the lucky ones earning a living wage, but that hasn’t stopped this single mother of five from devoting some of her precious spare time to advocating for other hotel workers.

“I don’t just want better treatment for me and my coworkers, I want it for all hotel workers in L.A. and throughout the country,” Bravilla said at a recent event sponsored by Destination LA.

Across the city, many Angelenos have expressed support for Destination LA because it’s the right thing to do. Like Bravilla, they were raised to believe that hard work pays off, and they know that any job that does not abide by this principle is fundamentally unjust. They are speaking out because they understand how difficult it is to work, raise a family and pay for basic necessities like rent, gas and food.

But there’s another reason to get behind Destination LA – it’s good for the economy. When workers like Bravilla earn a living wage, they spend more. That helps local businesses, which in turn can hire more workers. It also generates more tax revenues for vital services like schools, libraries and public safety.

With the tourism industry thriving once again, there’s a real opportunity to create change in L.A. and build a stronger economy by providing good jobs to more than a quarter million Angelenos. That’s a destination worth the trip.

Walmart to Warehouse Workers: "Your Health Is Not a Concern."