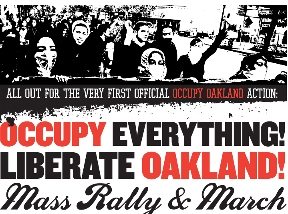 A Notch on Our Bedpost: NCAA “Non-Employees” Make Progress

Last week and again this week we wrote about the NCAA and the mistreatment of college football players.

Through their union, the National College Players Association, some players have been demanding reform, seeking modest changes in the ridiculous NCAA rules. Their list includes allowing schools to cover books and other expenses as part of scholarship offers (something non-sports scholarships can include), and allowing schools to offer multi-year scholarships, rather than have to renew each year—a rule that is particularly onerous, since if a player transfers, he generally must sit out a year.

Apparently the NCAP (and Taylor Branch and, of course, the Frying Pan) is making headway, because yesterday the NCAA announced several rule changes, addressing both of those points.

Of course, they allow just $2,000 a year for expenses rather than the $4,000 that studies say is the average cost, and they tagged the reforms with two other rules designed mostly to make the NCAA look like they are promoting education (won’t somebody think of the children? ), but still, it’s progress.

The Los Angeles Times offers two pieces today that form a pretty decent snapshot of the health care debate in America as it has been for the last few decades.

In “Wal-Mart offers latest sign that employer-based health coverage is failing,” business columnist David Lazarus explains the recent move by history’s largest employer to cut back on the number of workers eligible for health care, while they jack up rates by 36 percent for others. This, Lazarus observes, is “the clearest indication to date that our employer-based health insurance system has let us down, saddling millions of families with rising healthcare costs and leaving millions more out in the cold.” [Ed. Note: File “Wal-Mart offers the latest sign that _____ is failing” under evergreen story ideas.]

“The system is failing us,” agrees renowned health economist Alain Enthoven, professor emeritus at Standford Business School, “It hasn’t worked out as intended.”

“Our employer-based health insurance system was a historical accident,” Lazarus immediately shoots back, with what we can only assume to be an intentionally ironic slap to the expert economist.

So we have a broad consensus that our uniquely American health care system is uniquely broken – a position shared by economists, the liberal media, an entire political party, many of our largest employers, and their workers who face the loss of income or health. Surely the prognosis should be grim for our happy accident of a health system.

Obama’s health care reform earlier this year was at best a partial solution and clearly a compromise – the insurance mandate with responsibility shifted from employers to the individual would have sounded like a downright conservative idea just a few years ago. But right-wing critics immediately got busy painting “Obamacare” as a socialist plot.

And the critics’ campaign seems to be working. When we move to the Times’ Washington Bureau, we get this from Noam Levey: “Democrats drive drop in support for healthcare law in new poll.” According to a Kaiser Family Foundation Poll, just 34 percent of Americans now have a favorable view of the health care reform law, with a significant drop in support among Democrats.

And so continues our national health care debate. The system is killing us! But it sure is American!

Blogger Lili Loofbourow at the Awl does an amazing job capturing what should be a chilling moment in American media. Just as the phalanx of Bay Area police departments issued their final warning and moved to fire on Occupy Oakland protesters Tuesday night, live coverage by TV stations went dark.

Scroll past the personal intro if you’re short on time, and pick up with the climax of Loofbourow’s post:

And then the ABC live feed went dead.

My Twitter feed went crazy with reports of tear gas.

I refreshed the live feed frantically. “This broadcast has ended,” it said.

To sum up: the only two mainstream media live-feeds switched off at precisely the same instant—the minute before fifteen police departments working together engulfed a peaceful group of protesters in tear gas….

Given our image-saturated society, it’s hard to explain how the absence of an image can be more dramatic.