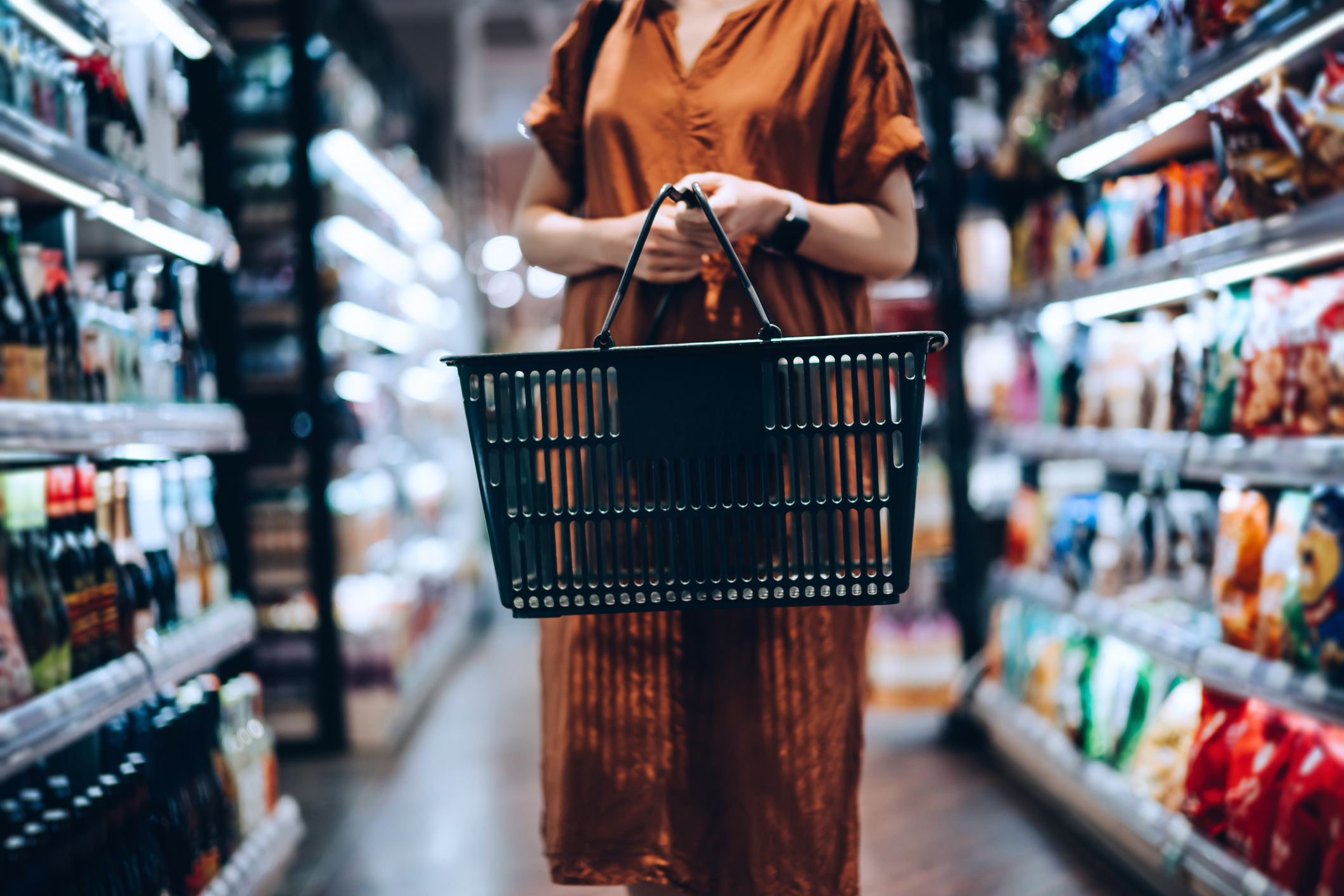 Lemon Hill’s residential streets are a mix of boxy apartment buildings and starter bungalows with barred windows. Its main drags, Stockton Boulevard and 47th Avenue, are home to industrial warehouses, mechanics’ shops and more than a few Asian restaurants and grocery stores.

To residents, this area is “Little Saigon,” a hub for Vietnamese and Cambodian immigrants who have settled in the city over the last few decades. There are noodle shops and pho restaurants and huge Vietnamese supermarkets. There are a couple of cemeteries and a few motels renting rooms by the week. On Lemon Hill Avenue, several churches and the offices of community organizations stand amid abandoned, overgrown lots sealed off with chain link fencing topped with razor wire. In recent years, the lots have become stomping grounds for vagrants.

Roughly one-third of Lemon Hill’s 15,000 residents live below the poverty line, and the median household income is just shy of $40,000 per year (compared to $69,400 in Sacramento). It is not as poor as parts of the Central Valley, or the far north of the state or some desert towns by the Salton Sea. Lemon Hill is just another hardscrabble community. Crime is high; gangs, prostitutes and drug dealers haunt the corners; and paycheck-to-paycheck living keeps those who would move out stuck in place.

Now, as two years of pandemic lockdowns end, Lemon Hill residents, like those in working-class communities across California, are grappling with the sticker shock of record-high prices. Inflation is biting into consumers’ purchasing power in a way that hasn’t been seen in nearly half a century. Meat prices alone have increased by 16% in the past year. Gas prices hover near $6 a gallon and utilities keep climbing. For individuals and families with no financial cushion, when staples soar in price, bills don’t get paid, textbooks and prescription medicines don’t get bought and life is constant anxiety.

Speak to Lemon Hill residents and one hears that simply staying afloat keeps getting harder.

“I end up spending about $350 a month on groceries after the food stamps.”

Property values, historically, have been low in this neighborhood. Bungalows and low-income housing cooperatives along its residential side streets were affordable to working-class families, and many immigrants moved in. Now, however, while crime remains high and incomes remain low, the cost of living in Lemon Hill has soared. Redfin reports that the median price of a home in the zip code increased by a staggering 17.9% in 2021. While the cost of a home (median price in Lemon Hill: $388,000) remains far lower than in more affluent parts of the Sacramento region, it is increasingly unaffordable to Lemon Hill residents.

“I am 43 years old, a single parent of five minor children — divorced,” says Angelina Escobar, one of several students I interviewed at the Charles A. Jones Career and Education Center in the heart of Lemon Hill. The center runs courses for adults looking to train as medical assistants, pharmacy technicians, nursing assistants and a handful of other occupations.

Those who attend are mainly lower income. In Escobar’s case, her chief sources of income are money she receives from the In-Home Supportive Services program for looking after her daughter, who suffers from autism; child support; and $934 per month in SNAP benefits.

“I struggle very much,” she says. “I’ve learned to budget what I have. It’s emotionally stressful. We live on a day-to-day basis, no extras. Every day we eat rice, beans and whatever meat product we can get. I make homemade tortillas to stretch. We don’t have any extras like cereal. Even a gallon of milk is, like, five bucks. I end up spending about $350 a month on groceries after the food stamps.”

For Escobar, the recent spurt of inflation has proven devastating.

“It’s crazy. Laundry is expensive. I don’t have a washing machine. I spend $80 to $90 a month on laundry. My daughter’s autistic, so she regurgitates a lot. I’m constantly having to do laundry. A year or two ago, it was half this price.”

As gas prices have risen, Escobar’s 2020 Highlander, loaned to her by her daughter’s father, has proven a liability. It now costs over $80 to fill up. Even her rent, capped because she is in affordable housing, has gone up from $1,081 per month to $1,222 over the past three years.

“I’m worried about retirement. You’re supposed to put money in, but I keep taking it out.”

Escobar has been trying hard to build up a nest egg; last year, despite her best efforts, she managed to save only about $160.

While the national average for inflation was 7.9% in February, and 8.5% in March — the highest rate in four decades — and 8.3% in April, Californians are being pummeled by far higher increases in housing costs and in gasoline prices, two of the leading drivers of inflation.

As of May 9, the national average for gas prices was $4.33 per gallon. And, despite President Biden tapping into the Strategic Petroleum Reserve, that’s likely to head north the longer the war in Ukraine continues. In California, however, it’s been far beyond $4.33 for months. In most areas of the state now, gas prices are approaching $6 per gallon, and it’s not uncommon to see prices far higher than that. And while Gov. Newsom wants to provide $400 rebates per vehicle, as well as tax rebates targeted at low-income consumers, to negate the impact of these higher at-the-pump prices, that relief may come too late for many residents on the edge.

Trang, 56, a Vietnamese immigrant who asked for only her first name to be used, moved to California to take care of her elderly mother. Pretty much every month, she now has to dip into her small pot of savings to cover the extra costs of buying gas, food and other necessities. At her local Shell station recently, a gallon of regular gas was selling for $5.99.

“Even before inflation, my income was never enough,” Trang says. “Now, with inflation, it’s worse. I’m worried about my retirement. You’re supposed to put money in, but I just keep taking it out.”

Similarly, Rachelle Yu, a 21-year-old Lemon Hill resident who also studies at the Charles A. Jones Center, is finding the record spikes in prices are costing money she doesn’t have. Even though she only heats her home to 67 degrees in winter, she has still been spending $200 a month this year on utilities as energy costs have soared.

“Prices are going up in every way. We try not to spend money, because we have to spend everything on gas and food.”

Crishane Del Carmen, who lives in Elk Grove, a suburb 15 miles south of Sacramento, and commutes into Lemon Hill each day, is now spending upwards of $100 a week on gas. She’s driving a 10-year-old car that gets roughly 25 miles per gallon and can’t afford to upgrade to a more fuel-efficient vehicle. (Driving the streets of Lemon Hill one sees mainly old clunkers; fuel-efficient hybrids and electric vehicles are almost nonexistent in this neighborhood.)

Del Carmen receives only $80 per month in SNAP benefits and has started buying food in bulk to try to save money — though even that involves an upfront outlay: Her Costco grocery bill is $150 a month, she says. Before the price spikes, she would always try to buy organic food; now, however, that’s a luxury she has had to forgo.

For Angelina Escobar, the consequences of inflation go beyond simply having to budget more efficiently around food purchases. She has, for example, noticed that the costs of medicine that she needs, and that her daughter needs, have also increased. Last year, she had to spend her tax credit to help cover these increased expenses. Without pandemic-era relief from the government, she doesn’t know how she’ll continue to cover her costs.

Twenty-three-year-old Ella Marchenko, a local pharmacy technician student, knows the feeling well. A long-term sufferer of Type 1 diabetes, she needs to buy diabetic snacks and glucose tablets that she can eat at night when her blood sugar levels fall. But over the past few months she has been horrified to see how much more these now cost. A small packet, she says, used to be $2.50. Now it is $2.98.

Meanwhile Marchenko and her husband, who live with her parents while they try to save up money for their own home, are attempting to make ends meet on his wages from working as a dispatcher at a car-hauling company. It’s a losing proposition.

After taxes, she says, he brings home a little over $500 per week — and, despite the soaring inflation, in the past year he has received only a $1-per-hour pay boost. But with her responsible for driving her high-school-age siblings to their after-school activities each day, and with both of them commuting — he to work, she to her studies in Lemon Hill — they are now spending more than a third of their after-tax income on gas for their two Honda Accords.

“I get scared thinking about it,” Marchenko says. “It’s definitely going to be a struggle. Prices are going up in every way. We try not to spend money, because we have to spend everything on gas and food.”

Recently, they have begun cutting out subscription services like Netflix. If gas prices continue to rise, she says, she may have to get a job — which will make it that much harder for her to complete her studies and qualify for her pharmacy technician’s license, and that much more likely to ultimately trap her in poverty.