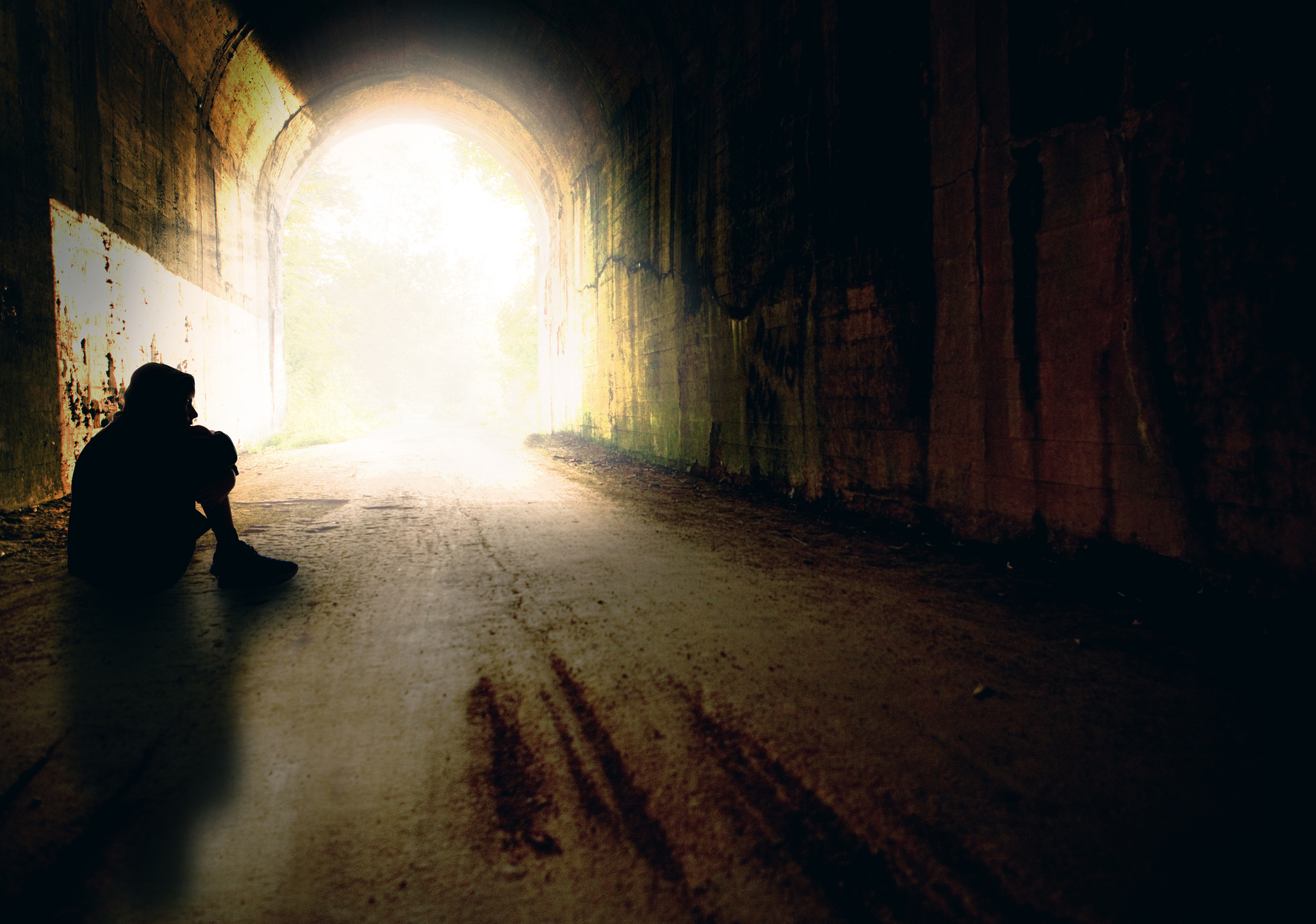 A chill hangs in the air and a police siren can be heard in the distance as teams of volunteers head into the streets in the waning sunlight hours to count homeless youth.

“Have fun! And happy counting!” The mood is optimistic as Riverside youth shelter director Rainbow Marler dispatches volunteers in teams of three or four from the working-class neighborhood near Tyler mall. Teams in other parts of Riverside County, the fourth most populous in the state, also are spreading out on this last night in February to find and count youths aged 18 to 24 who don’t have a home.

It’s an ambitious task to count people who are constantly on the move, but it’s necessary for municipalities nationwide that need federal funding to help their homeless communities.

Yet even the Government Accountability Office acknowledges that the annual Point-In-Time count, which was created by the Department of Housing and Urban Development in 2007, underestimates the homeless population. That’s especially the case when it comes to accurately counting youth, who may be fleeing abuse or are trying to evade human traffickers.

Clearly, the federal government hasn’t figured out a better way to measure the size of the U.S. homeless population. Even so, this is the count on which HUD relies to allocate funds for homeless communities nationwide.

California has the most homeless youth in the United States,
including more than 14,000 between the ages of 18 and 24.

It’s no wonder then that homeless communities are growing when they have unmet needs. Dollars translate into programs that could be helping people obtain housing and other services they are desperate for. Homeless youth are likely suffering the worst since they’re the hardest to count.

“We need to have more funding and more flexibility in how we spend those funds,” says Jevon Wilkes, executive director of the California Coalition for Youth (who himself was homeless when he was in high school).

California has the most homeless youth in the United States, including more than 14,000 homeless between the ages of 18 and 24, according to a 2021 report from the state’s Business, Consumer Services and Housing Agency. Most are youth of color, many of them former foster youth or LGBTQ.

And these numbers rose as the pandemic worsened.

Though homeless youth comprise a small slice of the overall homeless community, advocates say it’s critical to help these young people access housing and other services.

“When we get to these youth in their youth, it’s a very pivotal moment,” Marler says. “Because they can either change their lives or continue into chronic homelessness.”

Most unhoused young people suffer from ailments that range from mental health issues to chronic conditions such as asthma.

On the lookout for youth during the counting event the last Friday in February, Marler wears a jacket emblazoned on the back with the words “Street Outreach Team.” Other team members wear badges marked “volunteer.” Most volunteers are youth themselves. It’s essential for homeless youth to know that these are not law enforcement or predators.

“They want to survive, but they don’t trust anyone,” Marler says.

She and her team carry bottles of water and drawstring backpacks filled with essential supplies such as socks, beanies, notebooks and granola bars. They give these out along with information about the local youth shelter, mental health services and other key agencies that can help them.

Youth advocates worry about the long-term health effects of homelessness. Most unhoused young people suffer from ailments that range from mental health issues to chronic conditions such as asthma.

Homeless youth are at higher risk for developmental disabilities such as learning disorders, according to Dr. Andrew Barnes, an associate professor of pediatrics at the University of Minnesota Medical School.

Barnes is one of a few U.S. researchers studying health issues affecting youth without homes. He’s led several studies on the health consequences of “ACEs,” or adverse childhood experiences such as divorce and parental substance abuse.

“Our results imply that more intensive prevention, identification, and intensive treatment of chronic health problems in youth experiencing homelessness and ACEs could help ‘break the cycle’ of homelessness across the lifespan,” write Barnes and his co-researchers in a study published in 2021 in the journal BMC Pediatrics.

However, researchers have rarely focused on prevention in the past 20 years. Yes, 20 years’ worth of research, well over a thousand studies that investigate traumatic childhood conditions such as homelesness, but only a small percentage proposed solutions that went beyond individuals or families, according to a study Barnes published last month in the journal Children and Youth Services Review.

His findings led Barnes to a startling yet common-sense question: “Why aren’t we working on the front end of homelessness?”

In this regard, Riverside County is ahead.

The county’s annual youth count, conducted over the span of three nights for a more accurate snapshot, also included daytime health fairs this year in areas popular with homeless youth.

A fair near UC Riverside on the same day as the Point-In-Time count drew a steady trickle of youth who walked table to table, picking up snacks, phone chargers, thermal blankets, flashlights and hand towels. They also had the opportunity to speak to social service providers who helped them sign up for food, housing and mental health services.

Riverside County, with more than 300 homeless youth, has one of the largest suburban communities of young adults without stable housing in the country.

“In past years, we’ve gotten feedback from volunteers that they felt bad just walking away from the youth without offering any help, any services,” says Emma Perez-Singh, a Riverside County administrative manager who oversees homeless services.

Connecting youth with services is a hallmark of most homeless programs, but Riverside County officials have taken it a step further. Since last August, they’ve been at work mapping the location of social service agencies to figure out how closely they align with concentrated areas of homelessness in their region.

Most homeless youth live in big cities like Los Angeles and San Francisco, but Riverside County, with more than 300 homeless youth, has one of the largest suburban communities of young adults without stable housing in the country.

A disproportionate number of homeless youth are LGBTQ, leading many to believe that “family rejection” is the main reason these youth end up without stable housing. But this is not so, says Brandon Andrew Robinson, author of the recently published “Coming Out to the Streets, LGBTQ Youth Experiencing Homelessness” and assistant professor of gender and sexuality at UC Riverside.

“We know that homeless youth are coming from a deep background of poverty. Most of them are youth of color,” Robinson says. “To blame the parents is racist and classist, putting the burden to solve this problem back on marginalized families. There’s no proof. We have no evidence that families of color, low-income families are more homophobic.”

Robinson, who has volunteered for three homeless counts in the past, believes that resources put into annual counts would best be spent on permanent housing.

“We need to stop putting money into things that don’t work. Instead of cycling people through shelters, then jails, which is really expensive, we should be putting more money into permanent housing,” Robinson says.

The Riverside County mapping project helps ensure funds are allocated where most needed. It’s also important considering that many youth, in their quest to stay under the radar, don’t know about services to help them.

Monique Guerra spent years as a homeless youth in Wilmington, sleeping at bus shelters outside her high school, on friends’ couches, in their cars, or at a 24-hour restaurant. She enrolled at UC Riverside but didn’t tell anyone she was homeless until weeks after classes started. Guerra walked around campus in between classes scoping out potential places to sleep at night, telling classmates she lived “on campus.” She finally sought help from a sympathetic counselor. As a former foster youth, she found out she qualified for assistance with housing.

“We need more transitional housing for this age group because this age group is the least likely to go to a shelter,” says Guerra, who now works as a homeless youth specialist for Riverside County.

To this day, cold temperatures bring back memories of nights she slept on the street.

As it turns out, Riverside County’s annual count in the last week of February is taking place on one of the coldest weeks of the year, with temperatures expected to dip into the 30s.

Night slowly encircles the volunteers scouting the streets. Soon, most businesses will shut down. Nearly three hours of work for the team has netted less than a handful of young people to add to the count. The difficulty of the task weighs heavy. The streets are dark, and somewhere out there, are hundreds of teens, invisible to count.

Related Topics:Featuredhomeless studentshomelessness
Up Next