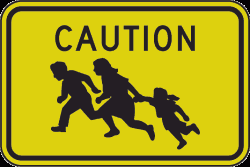 As Labor Day approaches, here’s a question that many opponents of immigration reform don’t want to answer honestly: Can you be for the middle class and against comprehensive immigration reform? The answer is no — a fact that creates all kinds of problems for those lobbying to stop legislation that would create a path to citizenship for millions of undocumented immigrants.

Foes of immigration reform like to position themselves as true-blue patriots acting in the best interests of the country. But it’s hard to square that image with opposition to legislation that, more than any other single act, could help rebuild the nation’s middle class.

It’s obvious to most people that immigration reform would improve economic conditions for undocumented immigrants. After all, while most immigrants come here in search of a better life, their legal status often relegates them to low-wage jobs with few if any benefits and unsafe workplace conditions. Becoming eligible for Green Cards and, eventually, citizenship would clearly provide the formerly undocumented with much greater economic opportunity. According to one estimate, these workers would see a 15.1 percent increase in their wages over 10 years.

What’s less obvious is how immigration reform would benefit everyone else. So, if you’re wondering why immigration reform is so essential to restoring the American Dream, here are a few things you should know. First, according to the Congressional Budget Office, the U.S. economy would grow by $1.4 trillion over the next 20 years if the Senate’s immigration reform legislation were enacted. During that same period, the federal deficit would shrink by nearly $900 billion and, by 2033, GDP would be 5.4 percent higher.

And that’s not all. The Center for American Progress estimates that if 11 million undocumented immigrants were given legal status this year, the U.S. would see an annual average increase of 121,000 jobs over the next decade. The net result would be an additional $470 billion in net earnings for all Americans during that period. Immigration reform would also bolster the stability of Social Security, since millions of additional taxpayers would be contributing to the system. And it would even lead to a modest increase in the wages of native-born workers.

All these numbers underscore a critical selling point for immigration reform: It’s good for the economy. As former U.S. Labor Secretary Hilda Solis observes, “A stronger, legalized workforce would mean more productivity, growth in jobs and higher wages for all U.S. workers…. At the same time, workers would be protected from abusive employers and receive fair wages and benefits, instead of working at the mercy of bad actor employers who pay under the table and depress wages and labor conditions.”

(Julie Gutman Dickinson is a partner at the union-side law firm Bush, Gottlieb, Singer, Lopez, Kohanski, Adelstein and Dickinson. Her post first appeared on Huffington Post and is republished with permission.)

When Vacations Take a Holiday