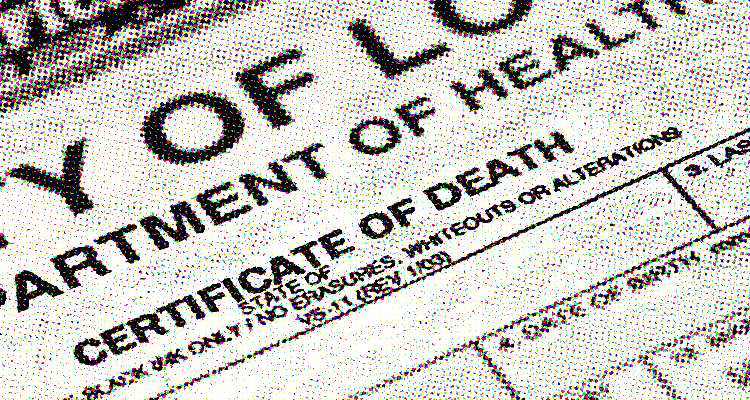 Even ICE’s more comprehensive detainee death reviews, obtainable only through Freedom of Information Act requests, have been criticized for not being comprehensive enough.

One hundred eighty-eight men and women have died in U.S. Immigration and Customs Enforcement custody since 2003 — nine of them during Fiscal Year 2018 (from October 1, 2017 to September 30, 2018). On December 18, ICE released brief reports on six of those deaths, as required by Congress in its March budget bill.

ICE’s record-breaking $4.4 billion budget for immigration enforcement came with a requirement that the agency report on each in-custody death within 90 days of its occurrence.

But immigrant and human rights groups argue that the two-to-three-page reports are of little use in figuring out why the deaths occurred or how they could have been prevented. The reports detail each individual’s immigration history and contacts with law enforcement, which activists say are irrelevant to their deaths’ circumstances.

“ICE’s newly posted reports lack the information the agency has made available in the past,” said Grace Meng, a senior researcher for Human Rights Watch. “Unless the reports provide that information, ICE is unable to correct any underlying problems that led to the person’s death.”

In a statement, the American Civil Liberties Union, the National Immigrant Law Center, Human Rights Watch and Detention Watch Network have called the reports a sham whose release “dodges accountability and flouts congressional requirements.” The groups argue that they provide no analysis of the medical treatment detainees received. Nor do they note errors or violations of detention standards in each individual’s care, or make recommendations to improve care in the future. All six reports are late – exceeding the 90-day deadline for their release. Three FY 18 deaths are omitted altogether, as they occurred before the congressional mandate went into effect.

The current batch of reports don’t replace the agency’s more comprehensive detainee death reviews, which are conducted by its Office of Professional Responsibility and are available through Freedom of Information Act requests, ICE spokeswoman Danielle Bennett wrote in an email. However, these reports have also been criticized for not being comprehensive enough and often take months to fulfill. In September 2017, Capital & Main requested reviews of 18 detainee deaths which had occurred in 2016 and early 2017. ICE has still not released four of the reports.

One of the current reports concerns Roxsana Hernandez, a 33-year-old HIV-positive transgender woman, who was found to be feverish, starving and dehydrated when she saw a nurse at the Cibola County Correctional Center in New Mexico eight days after being placed in government custody. The New York Times reported last month that Hernandez, a Honduran citizen, appeared to have been physically abused before she died, according to an independent autopsy. The report also cited accounts of fellow detainees who said Hernandez, who died May 25, 2018, was dehydrated for days and received no medical treatment until she was seriously ill.

ICE’s report on Hernandez’s death says she received a medical screening after four days in ICE custody, and more than a week after turning herself in to Border Patrol officers. It mentions no medical visit prior to that. (ICE detention standards require a medical screening within 12 hours of a detainee’s arrival.) The ICE report does not note the hemorrhages of soft tissue and muscles over Hernandez’s ribs found by the independent pathologist, according to the Times report, and said its autopsy is pending.

ICE also released reports on the deaths of:

— Efrain de la Rosa, a 40-year-old man who suffered from mental illness and apparently committed suicide while in an isolation cell at the Stewart Detention Center in Georgia.

— Huy Chi Tran, a 47-year-old Vietnamese immigrant, who suffered from schizophrenia and depression, and was found unresponsive in his cell at Arizona’s Eloy Detention Center. (No cause of death is included in Tran’s report.)

— Ronal Francisco Romero, 39, a Honduran citizen, who died of complications of diabetes and sepsis at Texas’ Port Isabel Detention Center.

The reports also covered the deaths of Gourgen Mirimanian, a 54-year-old from Armenia, of apparent heart disease at the Prairieland Detention Center near Dallas, and 62-year-old Augustina Ramirez Arreola, who died after aortic valve replacement surgery while detained at the Otay Mesa Detention Center in San Diego.

In the nearly three months since FY 18 ended, three more men have died in immigration custody.

Why Does CoreCivic Want a Detainee’s Death Report Kept Sealed?

The Rise and Fall of an Immigration Detention Empire