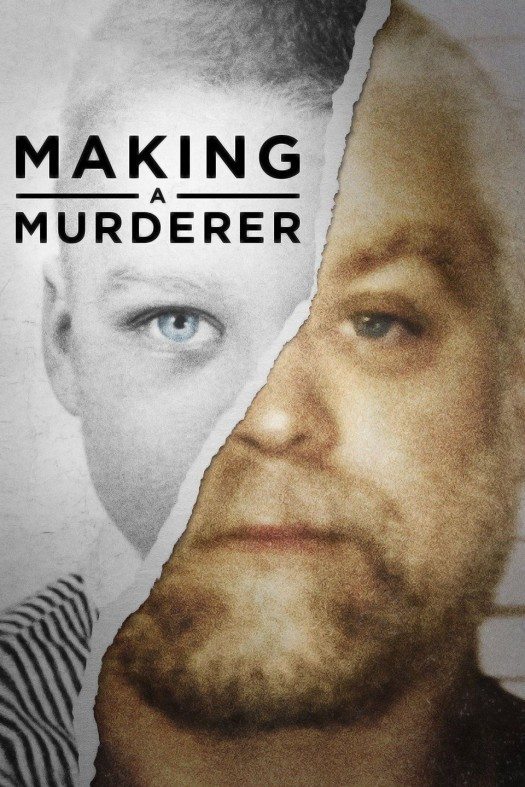 For most people, the end of last year signaled a time for goodwill, reflection and family. But for many, the holiday season was marked by murder and mayhem, forensics and frustration. Released stealthily by Netflix, as if the doc series itself was a smoking gun planted for viewers to stumble across, Making a Murderer is a gift which when unwrapped is all at once fascinating, frightful and infuriating.

Making a Murderer follows in the vein of such true-crime masterworks as Joe Berlinger and Bruce Bruce Sinofsky’s groundbreaking 1996 doc, Paradise Lost, and 2004’s lesser known Death on the Staircase, as well as last year’s killer Serial podcast and the lauded HBO series The Jinx. Moira Demos and Laura Ricciardi’s 10-hour opus retraces the twists and turns of a horrific series of events, while at the same time illuminating many of the dark flaws lurking in our justice system. The series, which took a decade to make, follows the curious case of Steven Avery, a white trash junkyard owner reviled by many in Manitowoc County, Wisconsin, due to his penchant for getting into trouble and being, well, downright creepy.

The story starts by recounting a 1985 case in which Avery was falsely convicted of a brutal sexual assault and served 18 years behind bars until DNA evidence exonerated and released him. That story alone could serve as subject matter for a compelling feature doc, if not a robust episode of Dateline. But recounting this miscarriage of justice only takes up the first episode of Making a Murderer and the sordid tale to follow will have viewers questioning Avery, authorities and ultimately our justice system.

Two years after his release, when he is on the verge of receiving a large compensation from Wisconsin for his time behind bars, Avery is suddenly the lead suspect in the disappearance of a young woman, Teresa Halbach, who seemingly has vanished from the face of the earth. Avery’s nephew Brendan Dassey is soon sucked up into the turgid and expanding wake of this new crime. Like an adolescent Lennie from Of Mice and Men, Dassey is a simpleton who immediately engenders empathy and doesn’t seem capable of being an accomplice in Avery’s alleged horrific and depraved acts that led to Halbach’s death.

Like all great art, ‘Making a Murderer’ provokes more questions than it provides answers.

As Murderer unfolds, one would be hard pressed to recall a more compelling and frustrating viewing experience. The series underscores the most effective and the most controversial aspects of documentary storytelling . Stories, like art, are made up of negative and positive space, and with documentaries the very choice filmmakers make, in terms of what to and what not to show, informs and influences the way in which a story is told. A documentary is Rashomen, without a script. At least one that isn’t written. Because of that, documentaries have the potential to be even more misleading because of the expectation of verity. So it should come as no surprise that Making a Murderer has come under attack now for exclusions that may have influenced and misled viewers in the way they perceive Avery and his case.

Whether or not your initial concern for Avery is ultimately sympathy for a devil, Making a Murderer serves as cinematic reflection on who we are as a nation, of how we investigate, prosecute and defend our fellow citizens. Perhaps its most enduring legacy is that a plethora of viewers now have a better understanding of why so many disenfranchised Americans feel that there are two justice systems — one for the rich and one for the poor.

Like all great art, Making a Murderer foments thought and provokes more questions than it provides answers. In the end, unlike a holiday gift, it doesn’t get wrapped up in a bow, but instead explodes in a conflagration of blood and briefs, passion and prejudice. And questions. Lots and lots of questions.

Alex Demyanenko has produced numerous television series and specials. Among his credits is the HBO documentaryBastards of the Party.
Related Topics:criminal justice systemNetflix
Up Next

Affordable Housing: Introduction to a Crisis

John Lewis: The Fight Is Never Over