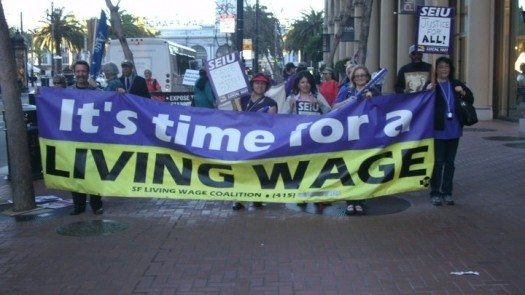 In 2004, after a long string of Republican governors and the shockingly narrow defeat of Prop. 72—which would have ushered in the most progressive health care reform ever implemented in the United States—California labor leaders got mad. And then they got organized.

“We said, we’re never going to lose that bad again—what do we have to do to change?” said California Labor Federation Executive Secretary-Treasurer Art Pulaski, who moderated [last] Wednesday’s AFL-CIO 2013 Convention panel discussion “Winning and Building Over Time: Winning in California and You Can, Too.”

The federation decided to do an extensive poll of all of their unions and labor council affiliates, asking members how they voted, who they voted for and what kinds of actions they took, and then conducting an analysis. They discovered that some unions and locals were vastly out-performing others, and that if each affiliate had carried their own weight, they would have won Prop. 72 in a big way.

“We were kidding ourselves about how much power we had…until we collected the hard data. It took some real tension to come to the agreement that it made sense for us, if we were going to win the big battles in the future, to expect more from each other.”

Eight years later, the effort has proven to be massively successful. By building campaign capacity and collective power, labor has helped to deliver several important victories for California, including the defeat of the billionaire Koch brothers-funded anti-union Prop. 32, the passage of Prop. 30, a two-thirds legislative Democratic majority and four new seats in Congress.

And the national AFL-CIO has taken notice: Resolution 28, submitted by AFGE, AFSCME, AFT, the Communications Workers of America (CWA), the Electrical Workers (IBEW), the Bricklayers (BAC), Painters and Allied Trades (IUPAT) and the Office and Professional Employees (OPEIU), was approved by delegates Wednesday that will make accountability across affiliations and the implementation of strategic plans, metrics and deliverables for enforcing that accountability the rule nationwide.

Panelist Lou Paulson, president of the California Professional Firefighters-IAFF, emphasized the importance of putting aside differences each group or local might have in order to harness the collective power of the whole:

“It’s a diverse group, and each one of these folks who comes to the table brings a great perspective. The great thing about working on this committee is that we all leave our parochial interests at the door. We work together on every level…it clearly has changed the focus of what we’re doing in California as far as organized labor.”

María Elena Durazo, executive secretary-treasurer of the Los Angeles County Federation of Labor and another member of the panel, added”

“It’s a very different sense of empowering ourselves to know that there’s a statewide coordinated effort. So that’s really important in terms of a central labor council to know that you’re not just some isolated island in the state.…There’s this continuous flow back and forth between the CLCs and the state and unions to know that you’re building something.”

For highlights from the action sessions and convention, check out the AFL-CIO Now blog and follow #aflcio13 on Twitter.

(Sierra Feldner-Shaw is the Communications Director for the UFCW Western States Council. Her post first appeared on Labor’s Edge and is republished with permission.)