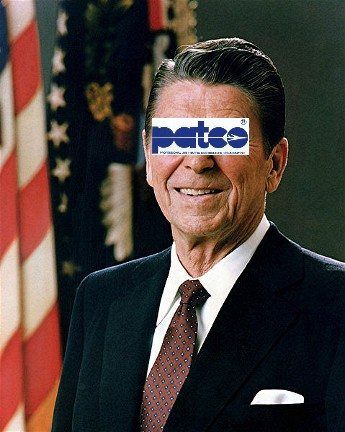 Much has been said in recent months about the labor movement’s “impending decline,” with the right wing’s unrelenting attacks against collective bargaining rights in states across the country, from Arizona to Wisconsin to New Jersey.  California is facing its own version of this attack with the qualification of the Paycheck Deception initiative for the November 2012 ballot that would dramatically curtail working people’s ability to participate in politics in the state.

Many people in the modern progressive movement date the beginning of these assaults to Ronald Reagan’s 1981 decision to fire 12,000 air traffic controllers after their union, PATCO, went on strike and shut down the nation’s airports. President Reagan’s decision to permanently fire (and prohibit any rehire of) all the controllers destroyed PATCO and served as the starting-pistol shot for three decades of attacks on the right to collective bargaining, that continue today.

A fascinating new book by pro-labor Georgetown University historian Joseph McCartin, Collision Course: Ronald Reagan, the Air Traffic Controllers, and the Strike that Changed America, reminds us that no tragedy is inevitable and that even the most virulent, powerful and overwhelming attack against workers and unions does not have to result in defeat. Workers — and especially their leaders — have a big role to play in the final result. Strategic thinking, flexibility, willingness to both stick it out, and to compromise, depending on the circumstances, are all key ingredients to any result.

In 1981 PATCO controllers struck at every U.S. airport after nearly 20 frustrating years of unrelenting pressures from their employer, the Federal Aviation Administration (FAA) to speed up their work – even as airline traffic grew by leaps and bounds. Federal law at the time recognized the controllers’ right to form a union, but denied those workers the ability to bargain for such bread-and-butter issues as pay and benefits. The union could represent the workers in disputes over safety and some working conditions, but nothing else. This led to enormous frustration over the years and the ultimate decision to go out on strike very early in the first term of the Reagan presidency.

But McCartin’s book reminds us that the strike and the subsequent firing of the controllers and destruction of their union was not – by any means – unavoidable. It’s helpful to remember that President Reagan was not initially set against PATCO or even opposed to the expansion of collective bargaining rights for the controllers. In fact, after positive discussions during the Reagan–Carter campaign of 1980 between Reagan and the controllers, the PATCO leadership endorsed Reagan, despite the pushback from most other unions and the AFL-CIO.

Unfortunately, a leadership struggle within the union led to the subsequent firing of the union president and the election of more militant but inexperienced officers who were determined to go on strike no matter what. So, when the Reagan administration made a surprisingly robust contract offer to the controllers, the PATCO leadership made the ill-fated decision to halfheartedly present it to the membership, and then to embark on the long-planned, but illegal strike. PATCO’S leadership – and much of the membership — was simply hell-bent on showing the FAA that the country’s air travel system could not function without it.

McCartin’s beautifully written book – based on more than 10 years of research – was published after all of the key protagonists in the 1981 strike had passed away. The book reminds us that arrogance – even when based on good intentions – can lead us down the pathway to destruction. And even when the odds are against us – unions can survive and flourish if their leaders are willing to be open-minded and flexible as well as strong and determined.

Related Topics:PATCORonald Reagan
Up Next