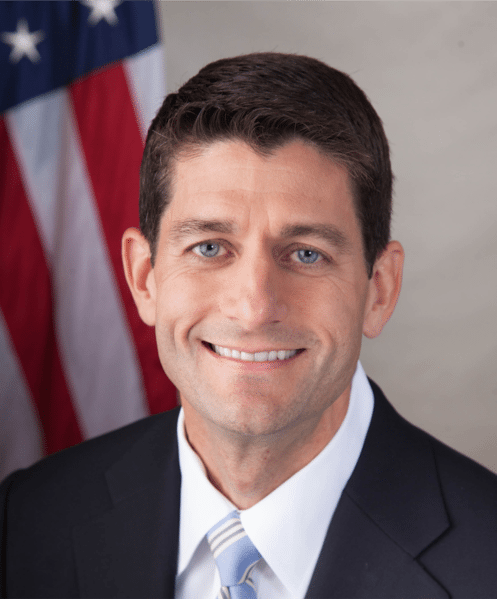 It is a sign of how far right the Republican Party has moved that New York Times columnist Ross Douthat describes Rep. Paul Ryan as a “moderate.”

Reviewing the stellar cast of likely GOP wannabes for 2016 (Chris Christie, Ted Cruz, Scott Walker, Jeb Bush, Rick Santorum, Mike Huckabee, Rand Paul, Rick Perry, Bobby Jindal, John Kasich, Marco Rubio and Ryan), Douthat sorts them into the four categories and guesses which of them might have enough crossover appeal to more than one subgroup to be viable candidates.

By labeling Ryan a “moderate conservative,” Douthat provides lots of wiggle room for defining just what that means. But in any rational look at the spectrum of American political views, it is hard to imagine attaching the word “moderate” to Ryan on any issue, except perhaps his clothing preferences and his haircut.

You can look on a variety of websites — including The Daily Beast, On the Issues, Project Vote Smart and The Political Guide — to see Ryan’s voting record and statements on issues.

What you’ll find is a politician whose remains an acolyte of novelist Ayn Rand, the philosopher of you’re-on-your-own selfishness, whose books have been required reading for Ryan’s congressional staffers.

On taxes, business regulation, abortion, gun control, gay rights, campaign finance, financial reform, anti-poverty programs, immigration, workers’ rights, energy and the environment, deficit spending, privatizing Social Security, public transportation, unemployment insurance, health care, property rights and other issues, Ryan is hardly a “moderate.” He’s not even a “moderate conservative.” He’s an extremist and a reactionary, allergic to compromise, in lockstep with the tea party, the NRA and the conservative wing of the business establishment, represented by the U.S. Chamber of Commerce, which views any government regulation to protect consumers, workers and the environment as a “job killer.”

These groups now dominate the GOP. But in earlier times, the GOP was a much larger tent, with room for a variety of viewpoints. For most of the 20th century, most of the conservative business class were Republicans (think Calvin Coolidge and Robert Taft), but there were also very progressive Republicans like Theodore Roosevelt, Robert La Follette and Fiorello La Guardia who challenged the power of big business and promoted consumer and worker rights. (Until the 1960s, most of the racial reactionaries were Southern Democrats, but the GOP had its share of racists too.)

Up through the 1970s, there was still a species called “liberal Republican,” in the mold of Senators Jacob Javits, Clifford Case, George Aiken, Prescott Bush, Mark Hatfield and Charles Percy; Gov. Nelson Rockefeller; and even Gov. George Romney.

Today “liberal Republican” is an extinct species, as the party has moved further and further to the right. Political scientists Keith Poole of the University of Georgia and Howard Rosenthal of New York University have charted this shift in terms of voting trends in Congress.

As a result, Republicans have moved further and further away from mainstream public opinion. The party’s rightward trajectory is primarily the result of the combined influence of big business, the influence of well-organized right-wing funders (like the Koch Brothers), think tanks and foundations, the rise of the Tea Party, the ascendancy of right-wing media like Fox News and talk shows and the gerrymandering of congressional districts to promote “safe” GOP seats where even conservative-but-not-wacko candidates, fearing primary challenges from the tea party (funded by the Kochs and their ilk), move ever further to the right

Paul Ryan reflects these shifts within the Republican Party. As I’ve written before, the mainstream media failed to carefully scrutinize Ryan’s views when he was Mitt Romney’s running mate in 2012. They continued to wear blinders last week when Ryan unveiled his 502-page report on anti-poverty programs, filled with lies and misinformation, which was intended to justify his proposed cuts to food stamps, housing and child care subsidies, college aide and other programs. Yes, Ryan is chair of the House Budget Committee. That simply shows that he’s an ambitious politician, not a serious thinker or policy wonk.

As Ryan gears up for a presidential run, he may seek to reposition himself on various issues. Let’s hope that the mainstream media will remind voters of his consistently ultraconservative views and voting record.

And hopefully they will expose Ryan’s blatant hypocrisy too. Despite Ryan’s attacks on government spending, his family’s construction business has been anchored in building roads on government contracts. Despite his worship of private-sector entrepreneurs, he’s spent his entire career as a government employee. Despite being a crusader against anti-poverty programs, Ryan is a millionaire who made his money the old-fashioned way: by marrying a woman who inherited a fortune.

If Paul Ryan is a “moderate,” I’m the Easter Bunny.

Related Topics:Paul Ryan
Up Next