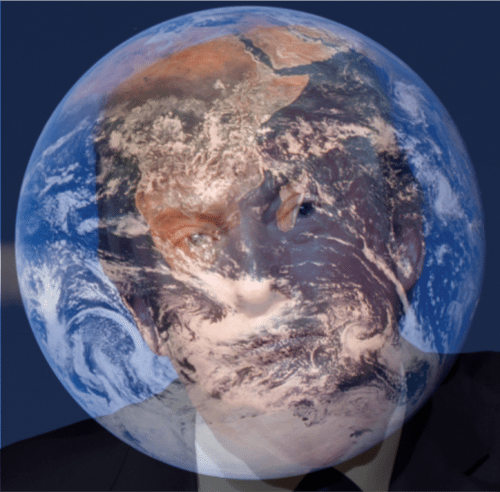 Californians who watched cable news on Thursday before, during or after Trump’s error-ridden Rose Garden speech, heard—from Senator Rand Paul, from U.S. Environmental Protection Agency Administrator Scott Pruitt, from Trump himself—that the Paris climate agreement was a “bad deal” for Americans. Paul, the Kentucky Republican, asserted on CNN that the agreement required too little of other countries; Pruitt, that it somehow hindered American independence. Trump promised he would “exit and renegotiate any deal which fails to serve America’s interest,” he said, and so that’s what he was doing.

But what the U.S. signed onto in Paris 18 months ago wasn’t really wasn’t really a “deal” at all; it was a voluntary agreement, without the force of law or the treaty imprimatur of the U.S. Senate. It was so manifestly not an ironclad deal, in fact, that reportedly Secretary of State John Kerry, four hours before deadline, refused to sign unless the word “shall” was changed to “should” in the segment about the U.S. providing $3 billion to the Green Climate Fund, which helps poorer countries in their efforts to establish clean-energy economics. (Trump on Thursday referred to that sum as “a vast fortune”).

Nor was the U.S. government’s “nationally determined contribution,” or NDC, to greenhouse gas reductions all that “draconian,” as Trump claimed. California has a near-term legislative mandate to reduce greenhouse gas emissions to 40 percent below 1990 levels by 2030, and an executive order to achieve 80 percent below 1990 reductions by 2050. An international coalition of regional and local jurisdictions led by California, the Under2 MOU, assumes only reductions of 80 to 95 percent by 2050 will keep global temperature rise below 2 degrees Celsius (3.5 degrees Fahrenheit), by the end of the century. The Paris compact hewed to the same climate goal, but when John Kerry put his pen to the accord in December of 2015, the U.S. had agreed to cut the nation’s greenhouse gas emissions to, at best, 28 percent of 2005 levels by 2025. By some estimates, thanks mostly to the decline of coal-fired power, the nation is already a third of the way there.

Which doesn’t mean Paris was useless. The 21st “Conference of Parties,” or COP, an assembly mandated under a United Nations treaty the U.S. Senate ratified in 1992, is where governments come together and share observed data on climate impacts, exchange technological fixes to dirty energy plants and, most of all, affirm individual commitments to climate mitigation. The United States has so far not withdrawn from the UN treaty, and consequently, it must still participate in that process. And dozens of U.S. states and cities remain committed not just to the Paris goals, but to even more aggressive standards arrived at in separate constructive alliances.

In fact, as the news broke Thursday that Trump would pull out of the Paris accord, California Gov. Jerry Brown was packing his bags for China. On Friday, he’d be on his way to a convocation of multinational energy policy makers called the Clean Energy Ministerial. On his agenda next week is a Beijing gathering of the Under2 group, which Brown and Winfried Kretschmann, the Minister-President of the German state of Baden-Württemberg initiated two years ago to promote local solutions to a global problem. So far, over 170 regional and local jurisdictions from 33 countries have signed on, including Oregon, Minnesota and the city of Austin, Texas. With the recent additions of Canada and Mexico in April, the coalition now represents 37 percent of the global economy.

The Under2 Coalition may be California’s most significant contribution to climate mitigation since 2006, when then-Assemblymember Fran Pavley, successfully pioneered legislation to control climate-forcing pollutants. Brown insists that the U.S. withdrawal from the Paris accords will only fuel its momentum. California’s too: “California will resist this misguided and insane course of action,” Brown said in a statement. “Trump is AWOL, but California is on the field, ready for battle.”

Informal, information-sharing collaborations with other countries such as Under2 are well within any state’s Constitutional rights, says Michael Wara, an associate professor of environmental law at Stanford University. But there are other ways in which states need to be careful. As much as Brown wants to present California as a vanguard nation-state, there are limits to the state’s autonomy. “There’s a problem for us in the Constitution in that it dictates that the nation speaks with one voice. And that voice is, as we’re learning, the president’s voice.”

That principle applies to the carbon markets as much it does to any other trade deal. California’s chief contribution to the clean-economy model is a greenhouse-gas market trading program, where big polluters buy credits from lesser polluters to meet state-mandated emissions caps. By state law that market can link to other greenhouse gas markets whose requirements are at least as strict, but so far, only Canadian provinces have qualified. California and the Canadian province of Quebec linked their carbon markets in 2013; California and Ontario have laid the groundwork for the province to join in 2018.

It’s those arrangements that could land the state in dicey legal territory should the Trump administration decide to get tough. “We’re tiptoeing up to something that looks like foreign policy,” Wara says. “That was fine under Obama, because the U.S. government agreed with California. But we’re moving out of that pretty quickly.”

Wara cites a 2003 case that involved European insurance companies failing to reimburse policy holders whose families lost everything in the Holocaust. “California passed a law in 1999 that said you can’t do business in California if you don’t release the names of all the Jewish people who held policies during World War II,” he says. The law conflicted with what the U.S. government under President George W. Bush called the “voluntary, non-adversarial mechanisms” it was supposedly employing to resolve the victims’ claims. In a contentious 5-4 decision, the U.S. Supreme Court struck down the California law.

“The basic idea is that it’s the privilege of the executive branch to conduct foreign policy,” Wara says.

Nothing in that decision, however, says that California regulators can’t enter into partnerships with willing governments to share expertise gleaned from actual experience. “There aren’t that many entities that have experienced environmental regulators in the world,” Wara says. California’s cap-and-trade program has weaknesses; the price of credits has dropped too low to motivate polluters to mend their ways, and environmental justice groups complain that it concentrates pollution in disadvantaged communities. The program expires in 2020, and legislation that would extend it for another decade fell three votes short in the Assembly Thursday night. Another bill to radically overhaul the trading program is in the works.

But for now the current program still functional, Wara says, “and California’s learned a lot from it.” When China launches a planned carbon-trading scheme this summer, it will be with the “tremendous advice” its regulators gleaned from California regulators through the Under2 program.

“California’s history on air pollution and the environment is that we invent stuff and share it,” Wara says. “That’s what we should continue to do.”

Can California Cars Save the Climate?