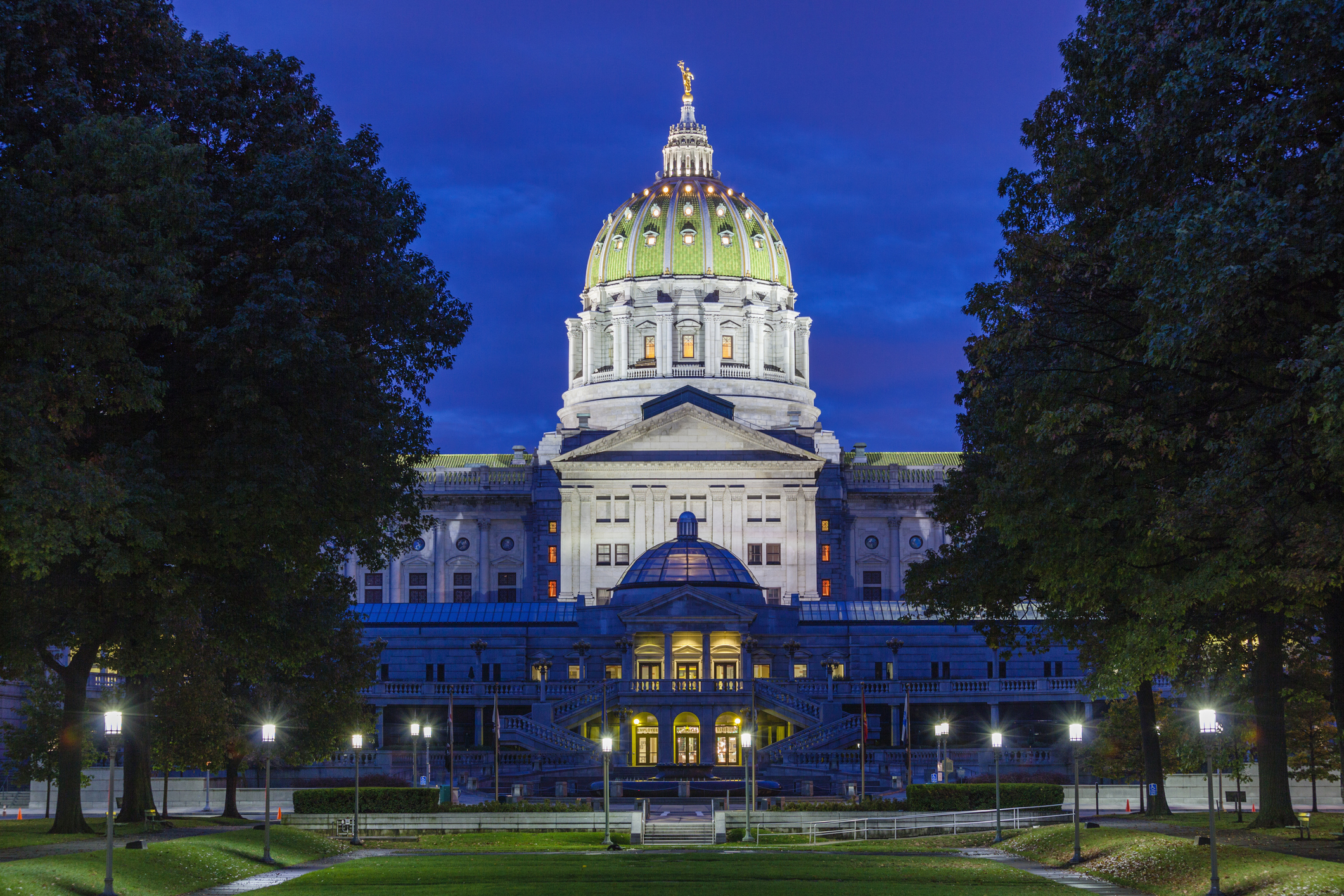 A bill that would end the right to an abortion in Pennsylvania is also threatening environmental regulations passed by the executive branch, local climate groups say.

SB 106, a bill that was initially drafted to define rules for the election of lieutenant governor, has slowly morphed into a bill that would amend the commonwealth’s constitution to revoke the right to an abortion and diminish the power of the governor’s veto.

The language is subtle, and sandwiched between an anti-abortion provision and a series of voter qualification regulations, but environmentalists say it was written as part of a broader attempt to block the commonwealth’s entry into the Regional Greenhouse Gas Initiative (RGGI), a nine-state carbon trading program it attempted to join this summer after years of debate.

“This has been really an effort targeted at the Regional Greenhouse Gas Initiative,” says Ezra Thrush, senior director of government affairs at PennFuture.

SB 106 could block environmental regulations by eliminating the requirement that disapproval resolutions, or legislative documents that can effectively bar a rule from being passed, must get a two-thirds majority to override the governor’s veto. It would create a pathway for the Legislature to overturn executive orders — like the one Gov. Tom Wolf signed in 2019 to instruct the Department of Environmental Protection to create a rule entering Pennsylvania into RGGI — and to prevent the governor from stopping it.

“Every order, resolution or vote, to which the concurrence of both Houses may be necessary, except … [the] disapproval of a regulation,” the bill reads, “shall be presented to the Governor and before it shall take effect be approved by him, or being disapproved, shall be repassed by two-thirds of both Houses according to the rules and limitations prescribed in case of a bill.”

“This is precipitated by years and years of the Legislature trying to curtail the powers of the executive branch agencies in Pennsylvania.”

Sponsors of the bill argue that it simply establishes checks and balances, without advancing a partisan agenda. Indeed, should the constitutional amendment pass in a referendum, it could presumably serve whichever party holds power in the General Assembly, while limiting the power of the executive branch. But opponents of the bill, like Robert Routh, public policy and regulatory attorney at the Clean Air Council, argue that shifting power away from agencies, staffed by subject matter experts, and toward the legislative branch, is misguided regardless of which party is in power.

Thrush says, given current political context, the language represents one of many clear attacks on RGGI in recent years. He sees SB 106 as the result of a Republican-led Legislature frustrated by its inability to prevent the Democratic executive branch from going through the rule-making process.

“This is precipitated by years and years of the Legislature trying to curtail the powers of the executive branch agencies in Pennsylvania,” he said. “It’s been exacerbated the last two and a half, approaching three years now, that the administration has been trying to put in place a new regulation to draft their own carbon trading program in Pennsylvania.”

The language in the bill mirrors that of another bill — HB 2069 — that Rep. Bryan Cutler (R-100), speaker of the House, introduced around the same time that a resolution disapproving the commonwealth’s entry into RGGI was moving through the Legislature. Cutler’s bill died in committee, but the language it contained was amended into SB 106 by a co-sponsor of his bill and passed by the House on Dec. 15, 2021, the same day the disapproval resolution on RGGI was approved by the same chamber and sent to the governor’s desk. Wolf vetoed the disapproval resolution in January, and the Legislature failed to find a two-thirds majority to override that veto three months later.

The anti-abortion language wasn’t added into the bill until July, when it passed at the eleventh hour in the House and Senate on the last day of annual budget negotiations that were extended before the legislature wrapped for the summer.

“It became this omnibus amendment package over the summer, just before summer break,” recalls Routh, who says he wasn’t made aware of the language of the bill until a few days before it was passed. “There are lots of things to be concerned about in this. A lot of very extreme changes to state policy.”

As a constitutional amendment bill, SB 106 will need to pass in the next legislative session before going to a vote as a ballot referendum to be decided by Pennsylvania voters.

The bill manages to diminish the executive branch’s ability to pass regulations in just “four words,” Routh says. “Those four words would enact truly sweeping fundamental changes to our state.”

Indeed, at the time that it was debated, legislators opposed to the bill feared it would undermine the governor’s ability to prevent environmental damage via lax bills passed in the Legislature. Cutler is one of the lawmakers supporting the bill.

“This would simply allow the people to speak through us, their representatives, on the regulatory process,” Cutler said in the House on Dec. 15. The representative, whose voting record is firmly conservative, having supported corporate tax cuts, voted to approve a bill barring transgender women from entering female sports teams, and encouraged Gov. Wolf to turn Pennsylvania into a “natural gas leader,” has also encouraged funding watershed cleanup for farmers. In the last year, he has accepted funds from industry groups like the Chamber of Commerce, and fossil fuel entities like Range Resources and National Fuel Gas, campaign finance records show.

As a constitutional amendment bill, SB 106 will also need to pass in the next legislative session, which begins on Dec. 1, before going to a vote as a ballot referendum to be decided by Pennsylvania voters. Opponents of the bill — including Gov. Wolf, who has challenged it in the state’s Supreme Court — fear that it could be put to a vote as soon as next year.

That prospect worries Molly Parzen, executive director of the Conservation Voters of Pennsylvania, who fears that, without public understanding of the implications of a seemingly jargon-heavy provision, voters will pass the bill.

“How the hell do you educate the public about these? How do you make sure voters are properly informed?” Parzen said. “It’s really hard to imagine how you get people to a point where they’re not just checking the box.”

And while SB 106 was drafted and passed amid widespread debate over an environmental policy, she notes that its passage could lead to “massive deregulation across the board.”

“This is like the next logical step in that fight to just totally allow polluting industries free rein here,” she said. “We’re talking about deregulation across so many potential issue areas.”

Related Topics:environmental regulationsFeaturedPennsylvaniaTom Wolf
Up Next