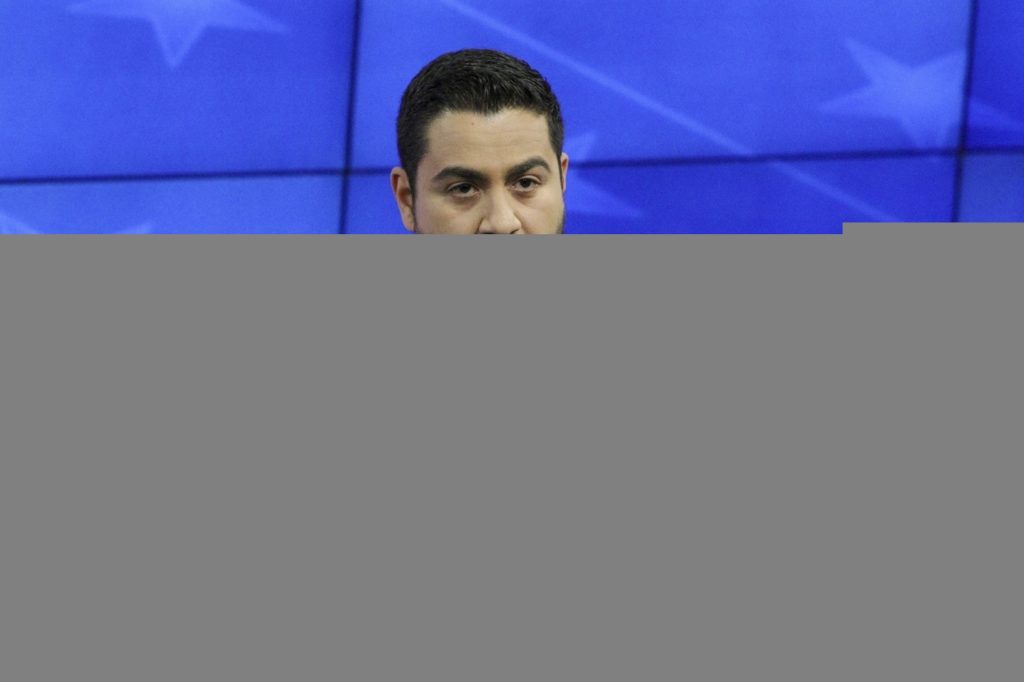 In 2016, Michigan was supposed to be part of the Democrats’ Blue Wall — the nickname given states that have traditionally voted Democratic in presidential elections. But it didn’t turn out that way — Donald Trump won the state, which helped him win the whole election.

Now, less than two years later, the state faces a hotly contested governor’s race — one that is part of an intensifying debate over the future of the Democratic Party. At the center of that debate is Abdul El-Sayed — a 33-year-old physician who is running for the Democratic gubernatorial nomination on a promise to create a single-payer health-care system in Michigan.

After 28-year-old Alexandria Ocasio-Cortez’s stunning upset primary win over Rep. Joe Crowley in New York, one top Democratic leader, U.S. Sen. Tammy Duckworth, appeared on CNN and warned that “you can’t win the White House without the Midwest and I don’t think you can go too far to the left and still win the Midwest.”

In a new podcast interview with Capital & Main, El-Sayed rejects that assertion — arguing that the only way for Democrats to win in places like Michigan is to take on what he calls “corporatism.”

El-Sayed faces former state senate Democratic leader Gretchen Whitmer and entrepreneur Shri Thanedar in the August 7 primary. Whitmer, who has been leading in polls, has been boosted by Blue Cross Blue Shield executives and has declined to support single-payer health care. El-Sayed — who was previously appointed to run the Detroit Health Department after the city’s bankruptcy — recently received the endorsement of U.S. Senator Bernie Sanders, who won the 2016 Michigan Democratic primary.

What follows is a lightly edited excerpt of the podcast interview. Podcast subscribers can click here to listen to the full interview.

David Sirota: Michigan had been considered a Democratic-leaning state, but it has a Republican legislature, a Republican governor and Donald Trump won the state in 2016. Is Michigan now a GOP stronghold?

Abdul El-Sayed: I reject the premise that Michigan is a Republican state. If you look at what’s happened in our state legislature, that’s just the slow ticking away of the process of gerrymandering that Republicans have been pushing for a long time. You look at our Republican governor, and he’s center-right, relative to at least where the Republican spectrum is right now. And then this state went for Donald Trump by 10,000 votes because we had a Democratic nominee that was unwilling to come here, and didn’t have a message for the folks in this state.

More importantly, I point to the fact that Senator Bernie Sanders won his primary in 2016, and this is by all means a progressive state. Our job, though, is to put forward a politics and a message on the left that actually speaks to the lived experience of people in our state. Unfortunately, Michigan Democrats haven’t been able to do that for a very long time.

We are a progressive state that has failed to put up progressive candidates, and therefore lost our mantle to folks on the right who are talking about the same populist issues that Democrats are talking about, but ascribing it to, unfortunately, a virulent and disgusting strain of racism, saying, “The reason you don’t have a job is because the brown people took your jobs and the black people took all the benefits.” And that was in effect Donald Trump’s message.

Barack Obama twice won Michigan, and then Hillary Clinton lost it. What changed?

I don’t think much actually changed. I think people were frustrated by the message in 2016 from Democrats, which is to say that everything’s okay and the economy’s back.

And if you look at Barack Obama’s message in 2012, he was talking about the responsibility we continue to have to get the economy working for people again. To some degree, he presided over a “recovery” that didn’t really reach down for poor and working people in the way that it should have. And so it left Hillary in 2016 talking about an economy that was “back,” except for all we saw, corporate profits were up, labor participation had stagnated and real wages had fallen.

So for most people, like my Uncle Rick who voted for Donald Trump, [the] economy’s not back for them. They’re looking at an economy where they feel locked out, where they’re watching as the corporate elite are making out with more money than they ever made before the recession, and they’re left without jobs or even the means of building their own small businesses.

Your campaign has been cited as one of many high-profile progressive candidacies that are part of a larger national trend. Why are we seeing so many challenges to the Democratic Party establishment?

Progressives are sick and tired of watching our communities be sick and tired. We are standing up and saying that our politics have to stop trying to go halfway. We’ve got to go all the way there. And the only way that Democrats win is when we are honest and conscious about our message. When we stand up and we say that a government for people and by people means that we are not taking corporate money from the same old folks who tend to get away with pushing forward a set of policies that ultimately hurt people.

It means that we stand unabashedly for universal health care and the best means of getting there, which is clearly single-payer or Medicare-for-All style health care. It means we stand up for 100 percent renewable energy. No more halfway solutions. No more kowtowing to the corporations who have corrupted Democrats’ messaging…

You have put forward a detailed plan to create a single-payer health-care system in Michigan. The California legislature has been debating moving in the same direction — but critics have argued that individual states just do not have the resources to do something like that on their own. Why do you disagree?

I think that is an absurd argument because number one, let’s learn from our history. The Canadian health-care system, which is a single-payer system, didn’t start at the federal level. It actually started because the province of Saskatchewan decided that they wanted to do something about the fact that too many people in their province didn’t have health-care. And so it started at the local level and then became federal policy in Canada.

Number two, I’m not about to sit back and wait while 600,000 people in my state go without access to health care. We put together what is the most thorough state-level single-payer health-care plan that’s been proposed. It would provide every Michigander access to health care. That’s number one. But beyond that, it actually saves the average Michigan family [that’s] earning about $48,000 a year $5,000. And it also saves businesses money. This is something we can do. The resources are there. Question is, whether or not the priorities are there.

Typically, the health-insurance industry has succeeded in blocking universal health-care proposals with fearmongering — basically, it’s a mishmash of claims that people will no longer be able to choose their own doctors, they will face long wait times and they will face crushing tax increases. Why do you think those arguments will fail this time around?

I think enough people in our state have enough experience without health-care or [with] being dominated by these corporations, that they are done with it. And yeah, the insurance industry is going to spend a ton of money against our plan. They’re already spending a ton of money against me, for my corporate Democratic opponent. But the fact of the matter is that it is about messaging. It’s about having the right conversation with people. And unfortunately with Democrats, sometimes we’re not very good at telling the story of the experience of the policy we want to push.

Here’s the thing: The way most people’s experience with insurance works right now is that your employer pays a tremendous amount of money so you have insurance — but you have to also pay a tremendous amount of money in your payroll that comes off the top of your salary. So now you’ve already paid for your [health care] and then when you want to actually use it you have to pay upfront in a co-pay, and it doesn’t kick in until you’ve actually made your deductible. So premiums, co-pays, deductibles.

Even beyond that, you’ve got to jump on the phone and have an argument with your insurer every time you want to use it because your doctor was out of network. That’s the experience that most people have with insurance, if they have it. And then there’s everybody who just doesn’t have insurance or, if they’re on Medicaid, can’t find a doctor who takes their insurance.

If you are elected, you would be the first Muslim governor in American history. Have you faced pushback from political power-brokers who argue that your Egyptian heritage and Muslim faith will harm your chances to win the election?

Obviously I knew when I jumped into this race that I was going to face bigotry and racism. And obviously the white supremacist extremists on the right have made a lot of hay of the fact that I’m Muslim and have sown a bunch of conspiracy theories. But what’s been worse is the blatant bigotry that says, “Well look, there are those white supremacists extremists and if our nominee is a Muslim and an Egyptian-American, that’s going to be used against him, and I just don’t think Michigan’s ready.”

What a lot of those folks, however well-meaning, don’t realize is that, if you are even second-order using my ethnicity or faith against me, you are playing to that same set of issues. I hope that we on the left, the party of inclusion, the party that has stood up against marginalization, that we can get past that because it’s quite sad to see, to be quite honest. We don’t win elections as Democrats because we’re able to get racists to vote for us. We win elections because we’re able to get our own people out because they’re excited about a vision for the future that includes all of us.

Restless Valley: Can Devin Nunes Hold His Seat in November?

Tom Steyer and the Case for Impeachment